GILGIT:  The Gilgit-Baltistan (G-B) government on Wednesday presented an annual budget of over Rs54 billion for the fiscal year 2017-18.

The budget was read out by senior minister Akbar Taban in the G-B Legislative Assembly during the budgetary session chaired by Speaker Fida Nashad. This was the third consecutive budget presented by the Pakistan Muslim League-Nawaz (PML-N) government which had been elected in June 2015.

G-B Chief Minister Hafeezur Rehman and opposition lawmakers also attended the session. The overall budget has increased by 23.34 per cent from the Rs43.78 billion which had been set last year.

With an eye on the China-Pakistan Economic Corridor (CPEC), the government has earmarked Rs18.3 billion for the development sector, up from the Rs12.98 billion which had been allocated for the outgoing fiscal year.

Taban, who also holds the portfolio of the finance minister, said that the Public Sector Development Programme has an outlay of Rs3.3 billion. 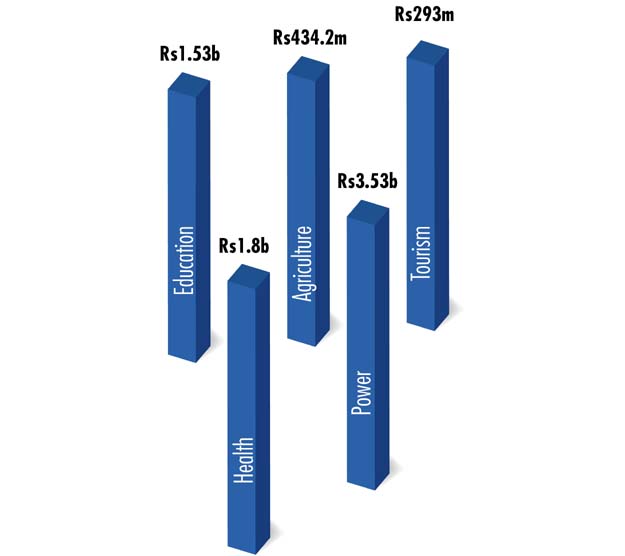 The development budget includes Rs1.53 billion for education, this is up from the Rs1 billion which had been allocated last year.

The G-B government has set aside funds for construction of new school buildings, provision of basic necessary facilities to them including drinking water, walls and provision of furniture while the up gradation of schools was among the programme.

Similarly, Rs54 million have been set aside for tourism which will be used to set up tourist information desks in all the districts of the region in addition to setting up camping sites. The G-B government, Taban said, was also looking to set up a Tourist Assistance Programme which would provide loans.

A further Rs434.2 million have been allocated for livestock and agriculture.

For minerals, the government has set aside Rs173 million in the mountainous region which would fund 19 ongoing and three new development projects while Rs226.7 million have been earmarked for forests.

With G-B continuing to face an energy crisis, Taban said that they were focusing their efforts on power generation, allocating Rs3.5 billion, or 26.5 per cent of the overall development budget.

The finance minister pointed out that under CPEC, the Gilgit-Shandoor Road would be constructed at a cost of Rs22 billion, the money would be spent from the PSDP. Further, the Jaglot-Skardu Road would also be built under the PSDP at a cost of Rs31 billion.

The Diamer-Bhasha Dam and the eight-megawatt Phunder power project are also likely to be completed under CPEC.

The government has set aside Rs28.26 billion for the non-development budget, up by 11.43 per cent from Rs25.36 billion earmarked last year.

“We are hopeful we will utilise the funds in the coming year as we did in the past year,” Taban said A subsidy of Rs7.8 billion which has been provided by the federal government to G-B has been included in the development budget.

The federal government had allocated Rs15.3 billion for various ongoing and new schemes in G-B for FY 2017-18.

Unlike budget sessions in the past, the opposition lawmakers sat quietly in the assembly listening to the minister’s speech.

“It may be a good budget but I do not find any decrease in the prices of daily commodities,” said Nawaz Naji, an opposition member who had walked out of the house during the budget speech last year. “Let us hope for the best though it is not what government intends to do,” said another lawmaker.

WITH ADDITIONAL INPUT FROM APP