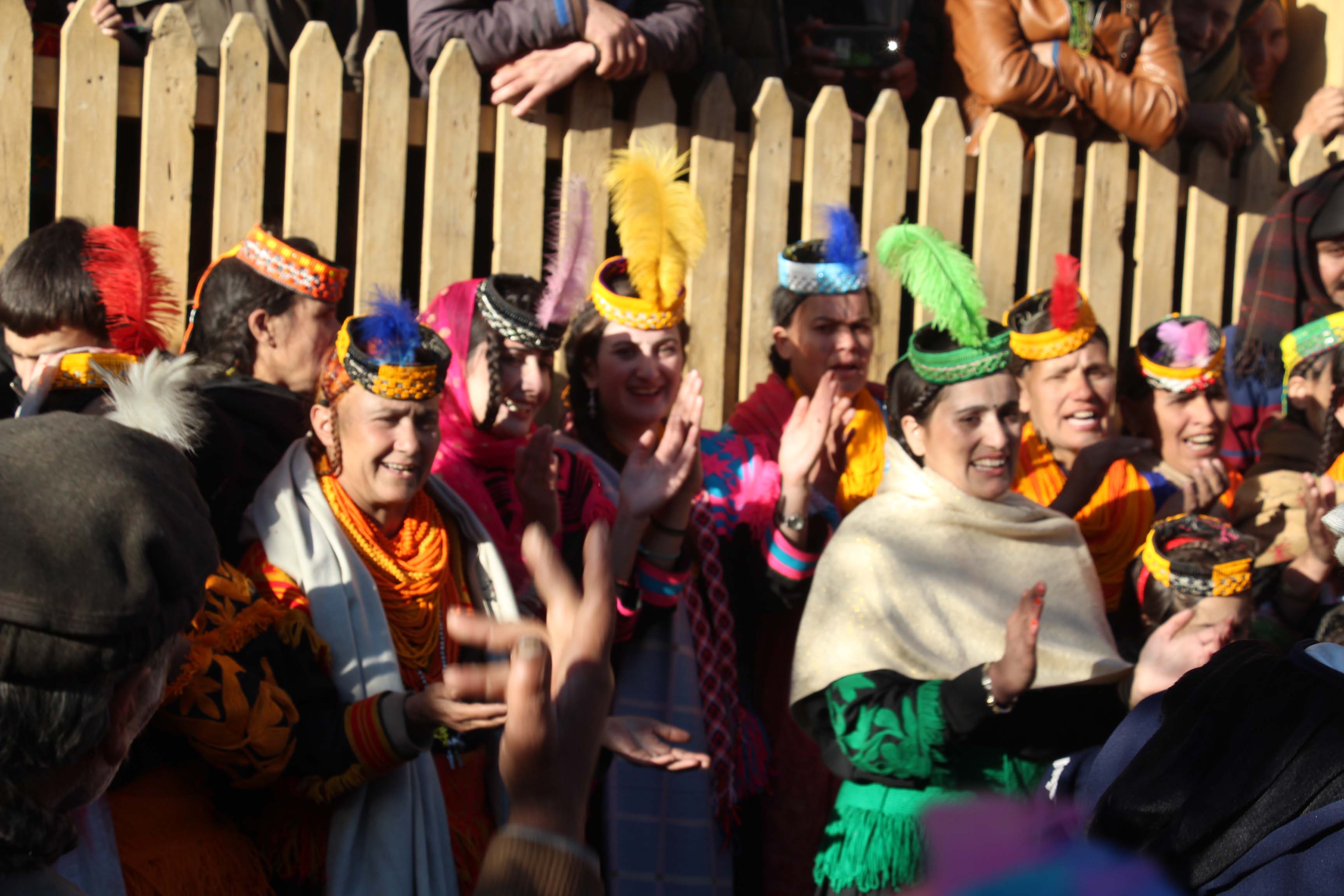 CHITRAL: The annual Chomos festival concluded after display of the spectacular and unique colours of the Kailash tribe last week. A large number of tourists from all over Pakistan witnessed and enjoyed the festival despite severe cold weather which was quite reflective of their enthusiasm to enjoy a distant and vulnerable cultural flavour of the Hindu Kush mountains.

Among other attractions of the festival, the tourists took a keen interest in the ritual of boys wear the girls’ clothes and the girls doing vice versa while dancing together. The elders of Kailasha tribe made prophesies about the new year by taking good or bad omens from flushing and seeking outfoxes which was also enjoyed by the visitors.

However, the tourists complained that the condition of the roads was very poor beside the lack of facilities in the area. Religious leaders of the Kailash tribe called Qazi said: “we cannot speak about the apathy and negligence of the government towards the valley and the peaceful community due to certain reasons.”

“We are surprised that the provincial government has made a statement in the media that transport to the Kailash people as well as night lights was arranged.“ There was no such arrangement available here. We have also been informed that the government has spent Rs500 million on the beautification of Chitral but locals are oblivious of where it has been spent, they added.

Laiba, a Kailash woman, said that we were facing a lot of problems due to the poor condition of the road and lack of facilities. Ms Azmat, a woman tourist from Karachi said, “I came here again after five years and unable to see any change. All change rhetoric is limited to media only, she said.

Some locals highlighted that the dancing place where the Kailash women perform a dance, is too narrow and our women cannot perform their religious rituals freely. Instead of spending crores of rupees only in papers, it would have been worth had it been spent on our real needs.

However, one Kailash woman said that we hope that Wazir Zada, a minority member of the KP Assembly, would do his best to improve the condition of our roads. 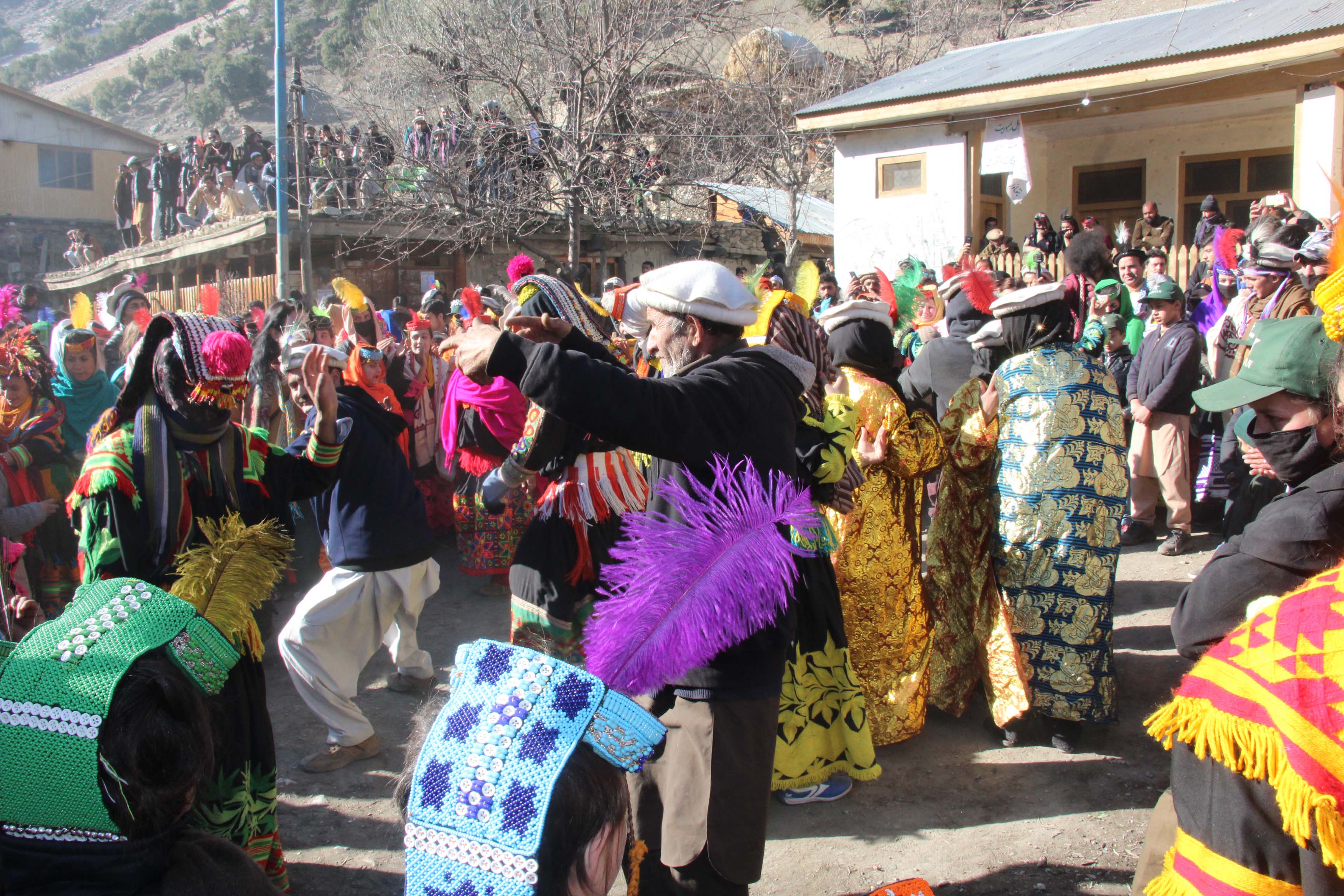 Some tourists from Karachi said that there is no facility for tourists and we cannot buy anything we need due to the closure of shops in the night. Likewise, the slippery road resulted in snow become more dangerous to tourists due to lack of street lights.

Residents of the Kailash Valley and the tourists demanded the government to conduct a probe into the embezzlement of funds that the Khyber-Pakhtunkhwa Tourism Department had misappropriated in the name of tourism promotion. They said that the fund should be retrieved from the corrupt officials and spent on the development and provision of necessary facilities for the tourists in the valley.

Despite the cold weather, many tourists from all parts of the country and abroad tend to visit the area in large numbers but have to face a number of problems due to lack of facilities.

The tourists added further that the construction of roads and the provision of basic facilities should be a top priority of the government to promote tourism in this scenic valley. The promotion of tourism would also help in the reduction of poverty in the area, they concluded. 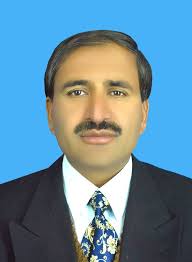 By Amir Hussain Sadness, trepidation, and agony will stare at you as if you …

Kathmandu: Nepali police have detained the brother-in-law of a woman who died in …