Hunza matters, of course, but those who live in poverty are not troublemakers and there is no technical or academic solution for that, writes Amir Hussain in his latest article. He attempts to provide a critical reflection of socio-economic and political transformation in the Hunza valley. 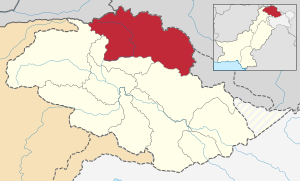 The article is by no means a review of ‘Hunza Matters’, a book written by Professor Hermann Kreutzmann. It, however, makes sense to highlight some key aspects of the book in order to set the context of the debate around socio-economic and political transformation in the former princely state, both as an orientalist academics and assertiveness of neo-localism.

The book is an important addition to the scant academic scholarship about the border communities and their liminal political status in an increasingly security-oriented state of Pakistan. The book provides some deep insight into the processes of transformation from a broad-based perspective of evolving spheres of influence in historical times to reshape the social and political landscape of Hunza. The transition from porterage to transportation, agro-pastoral to consumption-based life, relative autonomy to bordering and ordering and evading myths of longevity and ideal state to political realism are key to Kreutzmann’s idea of transformation.

Contrary to the expectations of a reader from a rapidly changing society like Hunza, the book does not prescribe solutions; it only provides archival evidence from a wide array of resources and opens up possibilities for new debates. Those who have been reading the writings of the author will not find it strange for him to be non-prescriptive and one must remember that the book is an academic endeavour and not a political treatise.

Having said this, one cannot condone the politics of not being political and the academic exegesis may well hide the urgent political question for arcane and far removed theorizing. But this is not typical with Kreutzmann only; our traditional academia has increasingly become a source reproduction machine rather than being the producer of new knowledge to reflect upon the fluid realities of our times. Academics and researchers operate in an opaque world of theorizing while politics continues to be a hollow assertion to shape facile worldviews.

Assertion versus substantiation have become two distinct categories where the former can never become substantiation the moment it prescribes solutions. The latter will always be accumulating unending rephrasing and reproduction and it will never lead you to conclusions. Our postmodern sense of substantiation is like circular debt that reproduces the deficit of politics while assertiveness suffers from over-indebtedness with a huge supply of social media disinformation.

If academic research is only knowledge reproduction, political assertiveness is about disinformation consumption. Academics and politics have entirely been disengaged from the actual workings of fluid transitions in marginalised societies. Does Hunza really matter? Yes, it matters but there is a lack of imagination to visualize the transformation as a converging point between academics and politics.

Assertiveness may be intrinsically linked to one’s individual journey of transformation more than a larger goal of deciphering the mysteries or the underlying forces of social change. One may argue that we have always had orientalist scholarship as a non-assertive, non-prescriptive, intellectually debilitating and politically neutralizing academic enterprise. The book ‘Hunza Matters’ can be viewed from a larger historical perspective of a politically neutralizing orientalist scholarship but it has risen above the traditional bias of ‘otherness’ and has captured some sense of developmentalism as new politics of localism. The book in this sense touches upon neo-localism that is emerging from the ranks of globally exposed youth with local challenges.

Punctuated by lack of access to basic human development needs like education, health and economic opportunities most of these young people have grown up in Hunza. But this valley has undergone an unprecedented transition which has brought up new challenges. This transition of Hunza from an excluded, food deficient and primitive place to an educated society in a short span of four decades lends credence to its development framework of neo-localism.

The Hunza experience suggests that neo-localism is not about strengthening tribal kinship-based institutions but about transforming them into rational and inclusive civil society institutions through local action. This organic evolution of civil society seems to be an instrument of inclusive social change at the local level on the one hand and integration with the larger world on the other.

The collective will of change expressed through neo-localism and its symbiotic relationship with the global society may have transformed tribal Hunza into a more complex society. But what we fail to understand is the continuity rather than the rupture that has shaped the Hunza of our times. There has been a commonly held perspective that modern civil society institutions in Hunza capitalized on the social, cultural and political void to attain a central stage. But that is the fallacy of civil society laden orientalism which assumes the local being stagnant and indigenousness as a social and cultural void.

For an expert, poverty is a technical matter but for those who live in poverty, it is a political matter

With all arguments of an indigenous void, transformation in Hunza has not been a smooth and linear mechanical process of socioeconomic change and cultural transition without inner strains and local complexities. The complexities of transformation have shaped the modern outlook amidst social crises like rise in suicide cases, drug abuse and fraying of the traditional social fabric of mutual support without supplanting it with a robust system of social safety nets.

It is, therefore, of paramount research interest for someone like me to explore the underlying sociological factors and contextual nuisances which have disrupted not only the conventional dichotomy of local and global but they have also given birth to new challenges. Can we reimagine some development principles of constructive, creative and symbiotic processes of building an inclusive society beyond the conventional dichotomy of local and global is the real question?

There has not been much research about neo-localism and its significance in the transformation of Hunza beyond some assessment reports compiled as ‘Valleys in Transition” and some personal and political accounts of travellers. This is where the contribution of Hermann Kreutzmann must be appreciated for offering an academically authentic account about the transition of Hunza.

However, this academic work is not specifically focused on neo-localism and the rapid transformation of the last 40 years. This book covers transformation from the broader perspectives with historical accounts from the colonial era to the rise of the China-Pakistan Economic Corridor in an essentially academic framework.

One may be tempted to assert whether or not there is a possibility of academically informed assertiveness and politically empowering scholarship. The answer comes from Antonio Gramsci and Edward W Said; they were the ones to break the myth of academic substantiation as a distinct area of inquiry detached from political assertiveness.

Civil society institutions, the so-called custodians of educated and modern Hunza, need a complete intellectual overhaul. While the youth in Hunza is on the streets for digital rights, the civil society has gone into a deep slumber with some academic theorizing of looking down upon the young people as troublemakers – a euphemism for anti-state narrative. There are rising poverty, disparity and a sense of deprivation.

There is a marked difference between having technical knowledge of poverty as an expert to analyze it and experiential knowledge of poverty to live it. For an expert, poverty is a technical matter but for those who live in poverty, it is a political matter. Hunza matters of course – but those who live in poverty are not troublemakers and there is no technical or academic solution for that.