Islamabad: A digital rights watchdog has expressed concern at the difficulties being faced by students in attending online classes due to lack of Internet facilities in the rural area of Pakistan and mountainous regions of Gilgit-Baltistan and Kashmir. The organisation has urged the government to provide an appropriate recourse for the students who are unable to access e-learning modules during the pandemic and provision of access to the Internet.

In a statement posted on its web page, Media Matters for Democracy (MMD), a not-for-profit organisation working to defend freedom of expression, media, Internet, and communications in Pakistan, expressed concern at the situation where students, particularly from the non-mainstream areas of Pakistan, are facing infrastructural challenges in attending online classes which are now made mandatory by the Higher Education Commission (HEC). 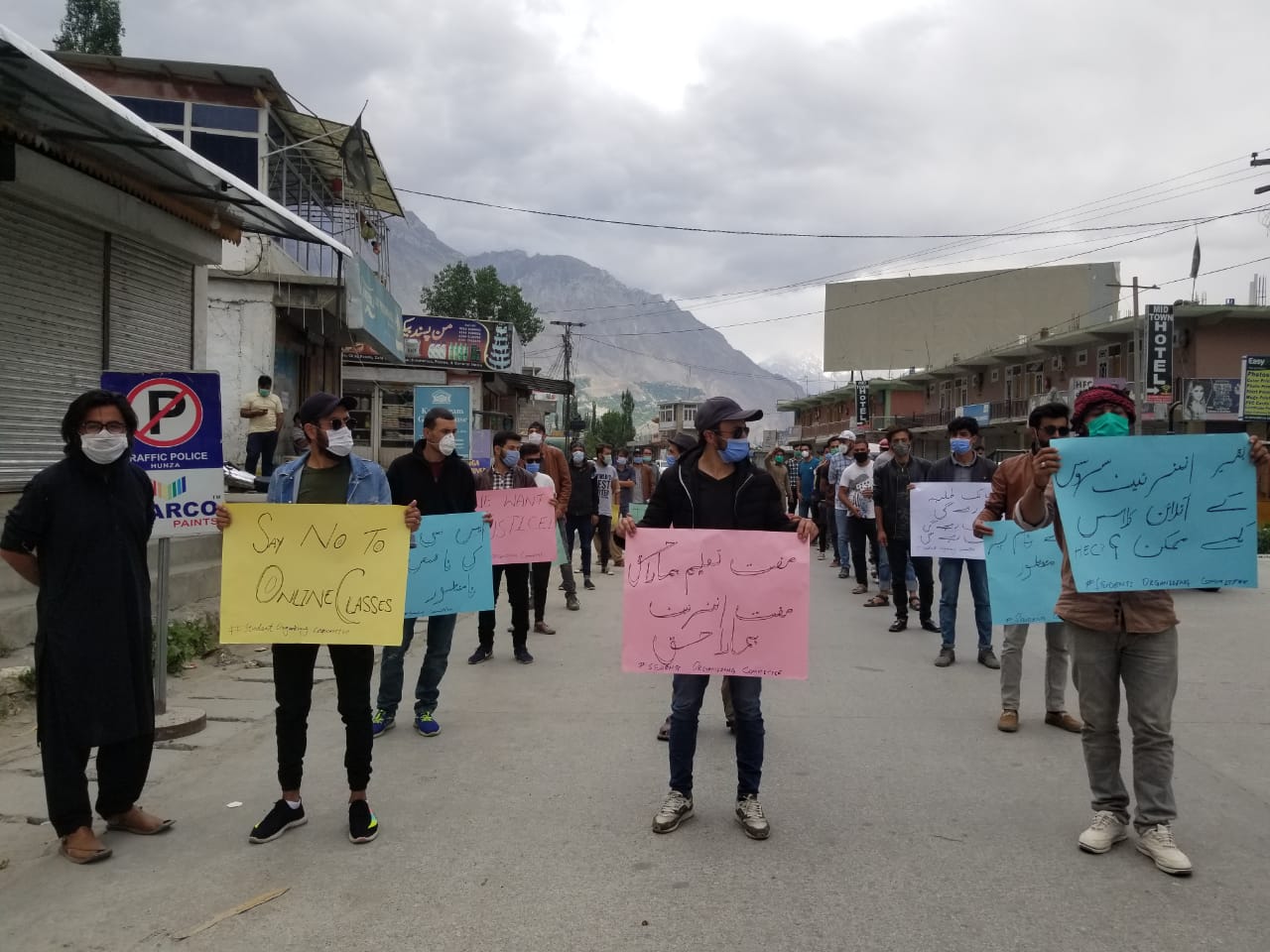 The unavailability of quality access to the Internet particularly in parts of Gilgit-Baltistan, Balochistan, Khyber Pakhtunkhwa’s former tribal districts, as well as rural Sindh and Punjab is causing massive challenges for students who are solely dependent on online platforms for education during the COVID-19 crisis and closure of educational institutes.

According to MMD, the lack of quality access to the Internet, particularly in the COVID-19 crisis, has widened the already massive digital divide of Pakistan, directly affecting the students in said regions, amplifying the impact manifold.

In response to a petition filed by a student from Parachinar, the Islamabad High Court (IHC) Chief Justice in April ruled in favour of the restoration of mobile-based internet in former FATA.

However, a later hearing on the case in May revealed the matter of jurisdiction of IHC as Federally Administered Tribal Areas (FATA) has now been merged with KP, and a federal court cannot rule on the matters of the provincial government.

Chief Justice Athar Minallah asked the petitioner to satisfy the court on the jurisdiction in the case, whereas the case was adjourned for an indefinite period.

Students from across the country, Gilgit-Baltistan and Kashmir have been voicing their concerns about limitations that they are facing due to the lack of connectivity through social media platforms, and various hashtags continue to trend primarily making two demands, 1) restoration of the internet services, and 2) suspension of the semester considering the hindrance in accessing online classes.

However, these demands have not been met with solutions as students continue to face difficulties in accessing online education platforms.

Where students from the rest of the country are able to attend online classes, the discrimination in providing a universal platform to the students in underdeveloped regions points at the larger issue of the class divide that further contributes to the digital divide.

To protest the lack of access to the Internet and visible inequality around it, students and civil society representatives have been staging various peaceful protests since March to demand their right to education and access. However, the recent protests in Quetta, Balochistan were disrupted by police, and some 80 students including six girls were detained after dragging and beating them by the police.

The Internet is increasingly being accepted as a necessity rather than a luxury around the world, and its importance cannot be discounted on any front. Where the world is struggling to deal with a pandemic, the Internet is proving to be the only source of education, work, entertainment, communication, and information including essential information related to COVID-19 as well. The lack of access to the Internet, in addition to impacting online education, bars citizens from accessing healthcare information as well, which could prove to be disastrous during the pandemic.