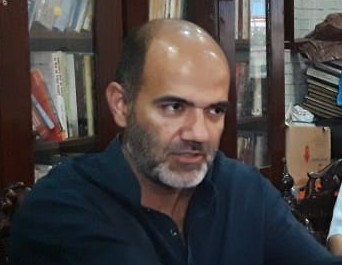 THERE are many in our land that falls into the category of what anti-colonial freedom fighter Frantz Fanon called “the wretched of the earth”, such as the cauldron of injustice and tyranny that is contemporary Pakistan. The almost daily tribulations faced by the diverse group of confessional groups officially known as ‘religious minorities’ are second to none.

The halting of construction work on a Hindu temple in the federal capital over the past week is the latest high-profile example of the structural violence faced by people who do not fall into the idealised category of ‘good Muslim’. The temple may eventually be built, but the hateful and threatening polemic which comes to the fore around such issues is endemic.

Hateful polemic is, in fact, just the tip of the iceberg; in both the past and present, churches have been burned down, Hindu and Christian girls and women forcibly converted and married off, unnamed and unseen thousands suffered lynchings and targeted killings, and individuals like Junaid Hafeez and Aasia Bibi fated to serve lifelong jail sentences and/or forced exile.

The long history of religion being weaponised, and the dire constitutional clauses through which confessional groups outside official Islam have been disenfranchised, merits repetition. The normative ideal of each individual citizen having equal and guaranteed constitutional rights, in any case, dies the moment we formally assign anyone to the category of ‘minority’.

Hateful polemic is just the tip of the iceberg.

But the temple episode is also instructive because it provides both insights into the deep penetration of state ideology into society, segments of which now propagate religious supremacism as a matter of course, as well as the distinct material interests associated with places of religious worship.

A handful of videos doing the rounds on the internet are instructive with respect to ideology. One featured ordinary teenagers from the neighbourhood pulling down a half-erected boundary wall at the construction site, another featured a very young boy threatening death to any authority figure that allowed the Hindu temple to be built.

While it is important not to overstate how representative such social media posts are in our day and age, they cannot be understated either. Progressives continue to rightly call for the reform of curriculum and strict action against hate speech in mainstream media, but the sensationalist and polarising nature of digital space demands consideration in its own right. Pakistan is not the only society in which the battle of ideas is increasingly played out online; from neighbouring India to faraway America, those who idolise Modi and Trump, on the whole, drown out progressive voices. It is then up to the latter to take stock of this situation and consider how to deepen an ideological message against hate-mongering and tyranny on a terrain which to date has largely favoured such extremities.

This takes me to the second point. To call for peace, tolerance and pluralism in Pakistan is all good and well. But such ideals cannot be divested from their material context. Owning land in Islamabad, like other metropolitan centres in Pakistan, is a matter of great contestation. Dealing in real estate is amongst the most profitable endeavours in our heavily financialised economy; as long ago as 2016, the estimated value of Pakistan’s real estate market was $700 billion!

Those privy to such matters are aware that mosque construction is rife in Islamabad, and that much of it flies in the face of the Capital Development Authority’s infamous by-laws for the federal capital. By-laws are flouted by other powerful interest groups as well, including state institutions themselves as well as private elite gated housing schemes like Bahria Enclave. That legal procedure are suddenly invoked against a Hindu temple is not only about ideology, just like katchi abadis, but rehri wallahs and those without requisite connections in our cynical political system are also denied a right to the city in favour of profiteers in the state apparatus and beyond. Indeed, quests for control over land and other natural resources explain the brutalisation of ethnic peripheries too.

Both in urban centres and the peripheries, Hindus and Christians in Pakistan hail from the lowest class and caste backgrounds. They are discriminated against due to their faith and subjected to inhuman exploitation as they toil for daily survival. It is important to flag the silence vis-à-vis Hindus, Christians, Ahmadis in Pakistan of those who never tire of reminding us of the fate of Muslims in Modi’s India. But hateful ideology persists in large part because of class and other material deprivations that can be instrumentalised by the right. It is on real material terrains that the battle of ideas ultimately plays out, and progressives must reclaim them to turn the tide of what is currently a losing battle.

This article was first published in Dawn, July 10th, 2020