A 7.2-magnitude earthquake struck the Central Asian nation of Tajikistan on Monday, the US Geological Survey said.

The temblor, which hit in a sparsely populated area some 130 miles east of the Tajik capital of Dushanbe at 12:50 pm local time (2:50 am ET), shook buildings in cities in Afghanistan, Pakistan and India, residents said.

A Dushanbe resident told Reuters via telephone the earthquake had been felt in the city but described it as moderate.

A spokesman for Tajikistan’s Emergencies Committee told Reuters that authorities had no information so far on any casualties or damage from the quake. It also did not affect Russian bases in the country, according to RIA news agency. 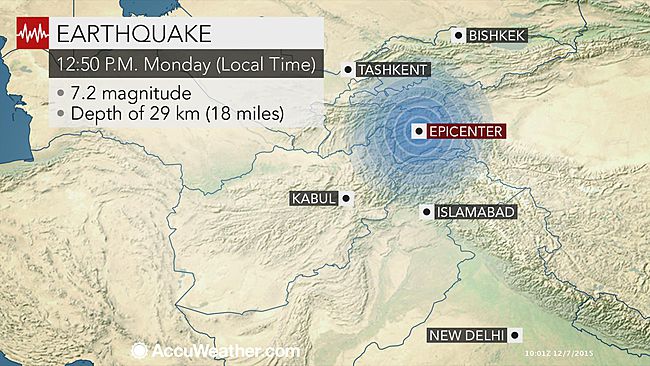