Sedition seems to be the ‘crime’ of the times — even as the demand for the state to respect fundamental rights is growing increasingly louder, comments Dawn in its editorial piece on article 124-A  Pakistan Penal Code and its frequent use against dissenting views and protest for fundamental rights.

“During the last few months alone, charges of sedition have been filed against a number of rights activists in the country, including student leaders, academics, etc.,” the paper writes.

On 28th January, 23 people including Awami Workers Party Punjab President Ammar Rasheed, and four activists, were booked for the offence after being rounded up at a peaceful protest calling for the release from custody of Pashtun Tahafuz Movement (PTM) leader Manzoor Pashteen, who had himself been arrested for sedition among other charges.

Civil society, however, is pushing back.

Academic and rights activist Ammar Ali Jan has filed a petition in the Lahore High Court asking it to declare the section of the Pakistan Penal Code dealing with the offence as being contrary to constitutional rights. Meanwhile, the Islamabad High Court Chief Justice Athar Minallah has sought an explanation from relevant quarters as to why “peaceful protesters” had been booked on sedition charges.

The PPC defines sedition as an act that “brings or attempts to [cause] hatred or contempt, or excites or attempts to excite disaffection” towards the government, a crime for which the accused can be sentenced to life imprisonment.

The statute is a holdover from the British Raj, when ‘natives’ had to be kept ‘under control’ lest they incited rebellion against their colonial masters.

To understand the impetus behind the law, one need only glance at the names of some of the historical figures who were charged with sedition or put on trial for the offence. Among these were Maulana Mohammad Ali and Maulana Shaukat Ali — indeed, Gandhi himself — individuals who called for the liberty of an oppressed people and, along with others, led the freedom struggle that ultimately gave birth to this country. 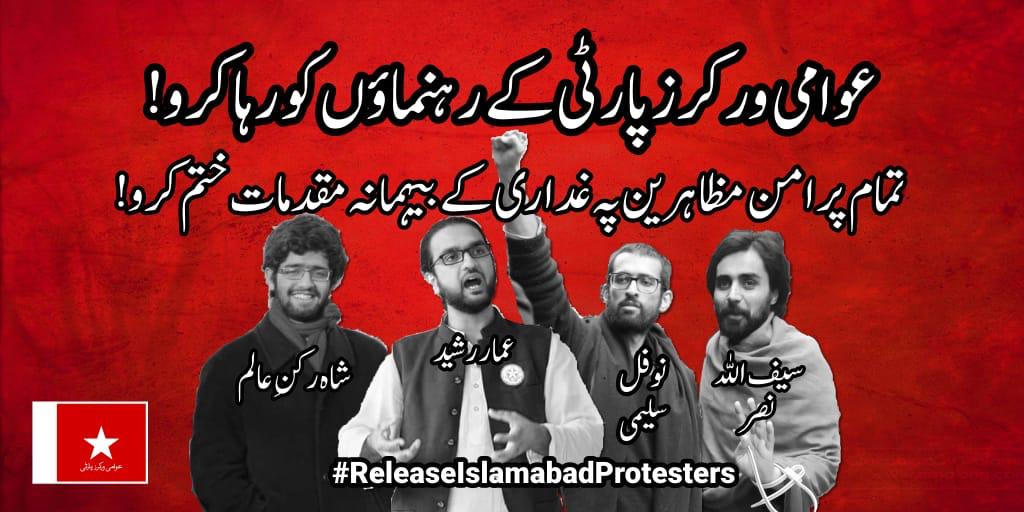 And yet, that arcane law which long ago served a brutal occupying power so well is being employed with increasing regularity for the same purpose: to crush political dissent and intimidate the citizens into unquestioning obedience. The overly broad language of the statute lends itself to capricious and selective application against human rights defenders of all stripes; even members of the journalist community have been targeted for upholding the freedom of expression.

However, the relationship between the rulers and the ruled is no longer one of master and subject; those in power disregard the fact that this nation’s collective consciousness has been shaped by resistance to tyranny.

‘Affection’ for the government cannot be coerced or regulated. It arises as a natural consequence of the state’s respect for individual freedoms and its capacity for governance.

The PTI government should heed the words of Human Rights Minister Shireen Mazari who recently criticised the sedition law as “an anachronism in an independent, democratic state”.

Indeed, it is a black law, based in a sordid past — and it should be done away with, lest it blight this country’s future.