Not a day goes by that I don’t come across a reference to your novel “Love in the Time of Cholera.” It’s impossible not to speculate about what you would have made of all this.

April 17 was the sixth anniversary of your death, and the world has gone on largely as it always has, with human beings behaving with stunning and creative cruelty, sublime generosity and sacrifice, and everything in between.

One thing is new: a pandemic. It originated, as far as we know, in a food market where a virus made its leap from an animal to a human. One small step for one virus, but a great leap for its kind. It’s a creature that evolved over an incalculable time through natural selection into the voracious little monster that it now is. But it’s so unfair to refer to it in such terms, and I regret if my words have offended it. It actually bears no particular ill will toward us. It takes and takes because it can. Surely, we can relate. It’s nothing personal.

Not a day goes by that I don’t come across a reference to your novel “Love in the Time of Cholera,” or a riff on its title or to the insomnia pandemic in “One Hundred Years of Solitude.” It’s impossible not to speculate about what you would have made of all this. You were always fascinated with epidemics, real or of the literary imagination, as well as with things and people that return.

You weren’t born yet when the Spanish flu pandemic scourged the planet, but you grew up in a house where storytelling reigned and where a plague, like ghosts and regrets, must have made for good literary material. You said that people would speak of long-past events as things that happened in the days of the comet, most likely referring to the passing of Halley’s comet early in the 20th century. I remember how eager you were to see it with your own eyes when it returned toward the end of the millennium. It mesmerized you, a mysterious clock striking the silent hour once every 76 years, a cycle approximating the time allotted to humans. A coincidence? Probably just another red herring. You were an atheist, but you also pondered that it was inconceivable that there was no master plan, remember? No teller of the tale. In this regard, you now have more insight than I do, perhaps.

A pandemic is back. Despite the great advances of science and the much-celebrated ingenuity of our species, our best defence so far is to simply stay indoors, to hide in caves from the predator. It’s a humbling moment for those with at least a little inclination toward humility. For others, it’s another bothersome thing to crush.

Two countries dear to you, Spain and Italy, are among the hardest hit. Some of your oldest friends are making the best of it in the same flats in Barcelona, Madrid and Milan where you and Mercedes visited innumerable times over the decades. I’ve heard several people of that generation say that they are determined to persist, if for no other reason than to avoid being killed by flu after decades of surviving cancers, tyrants, jobs, responsibility and marriage.

It’s not just death that frightens us, but the circumstances. A final exit without goodbyes attended by strangers dressed as extraterrestrials, machines beeping heartlessly, surrounded by others in similar situations, but far from our people. Your very own worst fear, loneliness.

You often spoke of Daniel Defoe’s “A Journal of the Plague Year “as one of your greatest influences, but until yesterday I had forgotten that even your favourite of favourites, “Oedipus Rex,” hinges on a king’s efforts to end a plague. It was always the tragic irony of the king’s fate that was at the forefront of my recollection, but it was the plague that unleashed the forces that precipitated the outcome. You said once that what haunts us about epidemics is that they remind us of personal fate. Despite precautions, medical care, age or wealth, anyone can draw the unlucky number. Fate and death, many a writer’s favourite subjects. 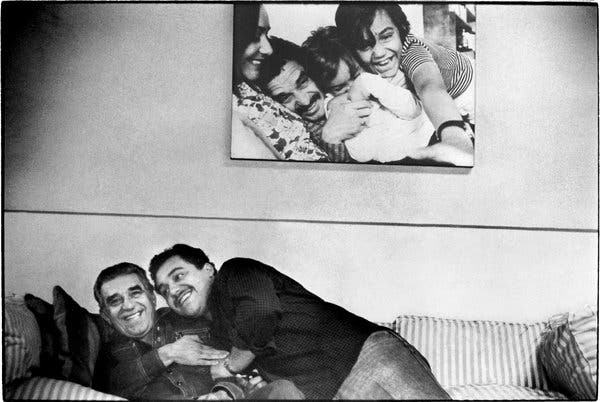 The author with his father, Gabriel García Márquez.Credit…Rogelio Cuéllar

I think that if you were here now, you would, as always, be enthralled by man. The term “man” is not much in use that way anymore, but I’ll make an exception not as a nod to the patriarchy, which you detested, but because it will echo in the ears of the young man and aspiring writer you once were, with more sensibility and ideas in your head than you knew what to do with, and with a strong sense that destinies are written, even for a creature in God’s image and cursed with free will. You would pity our frailty; you would marvel at our interconnectedness, be saddened by the suffering, enraged by the callousness of some of the leaders and moved by the heroism of people on the front lines. And you would be eager to hear how lovers were braving every obstacle, including the risk of death, to be together. Most of all, you would be as endeared to humans as you ever were.

A few weeks ago, during our first few days sequestered at home, my head was straining to explain to myself what it could all mean, or at least what could come out of it. I failed. The fog was too heavy. Now that things have become more quotidian, as things do eventually even in the most frightening wars, I am still unable to frame it all in any satisfying way.

Many are sure that life will never be the same. It is likely that some of us will make big changes, more of us will make a few changes, but I suspect most will return to the dance. Won’t there be a good argument to be made that the pandemic is proof that life vanishes in the most unexpected ways and so we must live big and live now? One of your own grandchildren has expressed that opinion.

Restrictions on movement are starting to relax in some places, and little by little the world will attempt to venture out toward normality. Even daydreaming of imminent freedom has many starting to forget the promises they recently made to the gods. The drive to process the impact of the pandemic on our deepest selves, and on the entire tribe, is waning. Even many among us who long to understand what has happened will be tempted to interpret it to our liking. Already shopping threatens to make a grand return as our favourite narcotic.

I’m still in a fog. It seems for now that I’ll have to wait for the masters, present and future, to metabolize the shared experience. I look forward to that day. A song, a poem, a movie or a novel will finally point me in the general direction of where my thoughts and feelings about this whole thing are buried. When I get there, I’m sure I’ll still have to do some of the diggings myself.

In the meantime, the planet keeps turning and life is still mysterious, powerful and astonishing. Or as you used to say with fewer adjectives and more poetry, nobody teaches life anything.

This essay was first published in the New York Times 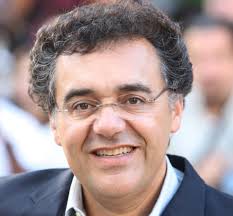 Rodrigo García is a filmmaker, writer, director and the son of Colombian Nobel-winner writer Gabriel García Márquez. He is the director of the coming film “Four Good Days,” with Glenn Close and Mila Kunis. @rodgarcia59