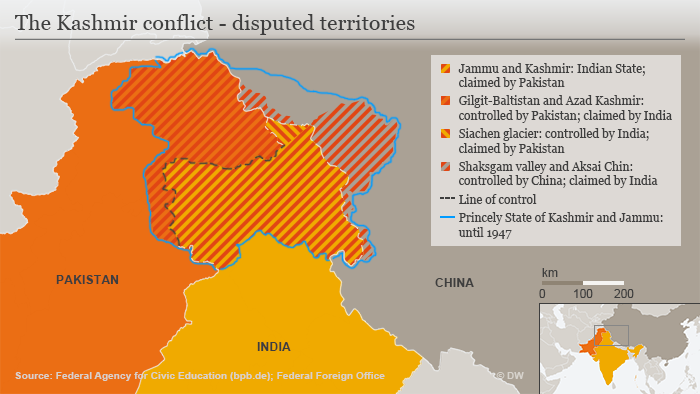 There is no chance of a South Asian union anytime soon. The Modi government’s revocation of Jammu and Kashmir’s special constitutional status in August triggered yet another war of words between India and Pakistan that could at any time descend into something far more serious with consequences for generations of Indians, Pakistanis, and indeed people from the rest of South Asia and the world.

It goes without saying that the actual inhabitants of the disputed region—which include areas such as Ladakh (in India) and Gilgit-Baltistan (in Pakistan) that are almost always glossed over by both the powers that be and even ordinary Indians and Pakistanis when they talk of Kashmir—are an afterthought in the calculus of both Indian and Pakistani establishments. The concern for Delhi and Islamabad, now as in the past, would appear to be control over strategically important swathes of territory rather than the guarantee of peace and prosperity to those who inhabit it.

The recent inauguration of the Kartarpur Corridor has thankfully led to a cooling off of sorts, but let us not forget that the domestic political context in both India and Pakistan at the moment is anything but pro-peace. In such an environment, it might appear to be utterly naïve to even float the idea of a South Asian union. India and Pakistan remained on opposite sides during the Cold War, and little changed in the post-1989 interregnum of neo-liberal globalisation. No regional leader has ever made a meaningful attempt to move in the direction of openness, let alone a South Asian union. The largely toothless South Asian Association for Regional Cooperation (SAARC) has not even had a full-blown summit since 2014.

Let us be reminded that India and Pakistan have a combined population of 1.6 billion people, with South Asia, on the whole, being home to almost 2 billion. If nothing else, peace in the region would trigger a huge peace dividend. The wars between India and Pakistan—and the cold war that has persisted at all other times—have had unquantifiable costs.

The Modi regime’s shock-and-awe methods notwithstanding, India’s approach to Kashmir has been largely unchanged over the years. During partition, Jawaharlal Nehru talked up a plebiscite but never followed through despite being in power for another 17 years.

Modi’s cult of personality is unparalleled in the history of South Asian politics. He is forging a new hegemonic order clearly founded upon Hindu majoritarianism. His recent landslide victory in the general elections opened up a window for an even more aggressive approach towards Kashmir.

Pakistan is just as culpable in the tragedy of Kashmiris on both sides of the border. Since 1947, Pakistani ideologues have pitched Kashmir as the unfinished legacy of partition, insisting that Kashmir banega Pakistan! The roles of Pakistan’s state elite—uniformed dictators included—have been and continue to be cynical to the extreme. Baloch, Pashtun, Sindhi, Hazara and other ethnic minorities continue to face state repression within Pakistan. Meanwhile, the current Imran Khan-led government’s apparently pro-Kashmir posture betrays its unwillingness to call out China, Turkey and Saudi Arabia for their repressive and sometimes outright genocidal policies with regard to the Uighurs, Kurds and Yemenis respectively.

Having always claimed to support the struggle of Kashmiris for self-determination, Islamabad has in fact done everything in its power to mould Kashmiri nationalism in its preferred, often militant, image. The result has been the untold suffering of ordinary Kashmiris along with isolation on the global stage.

Unfortunately, very few Indians and Pakistanis are currently engaging in critical self-reflection with regard to their own states and narrow nationalist ideology. No one is willing or able to exclaim just how priceless a South Asian union would be.

So, proposing a South Asian union at the present juncture is certainly an exercise of the imagination. But, it is precisely at times like these that we must imagine a world far removed from our own.

This is why voices of peace are more urgent than ever. These brave voices will face accusations of “anti-state/national” conspiracy as they have in the past. They will be accused of contaminating ostensibly “pure” Muslim and Hindu nations. But, these historical fictions will not stand the test of time—the subcontinent has, and always will be, one of the richest and syncretic cultural orders in the world, a diverse mosaic that cannot be closeted easily into hermetic categories.

So why not call for a South Asian union? It is time for progressives to dream big again, to puncture the myth that contemporary populist strongmen have cultivated that it is only they who speak of freedom and dignity. This article was first published in Economic &Political Review

Dr Asim Sajjad is an academic and Left-wing political activist currently teaching at Oxford University, London, on a fellowship programme. He is president of the AWP Punjab and a member of the party’s federal committee. He tweets @AsimSajjadA