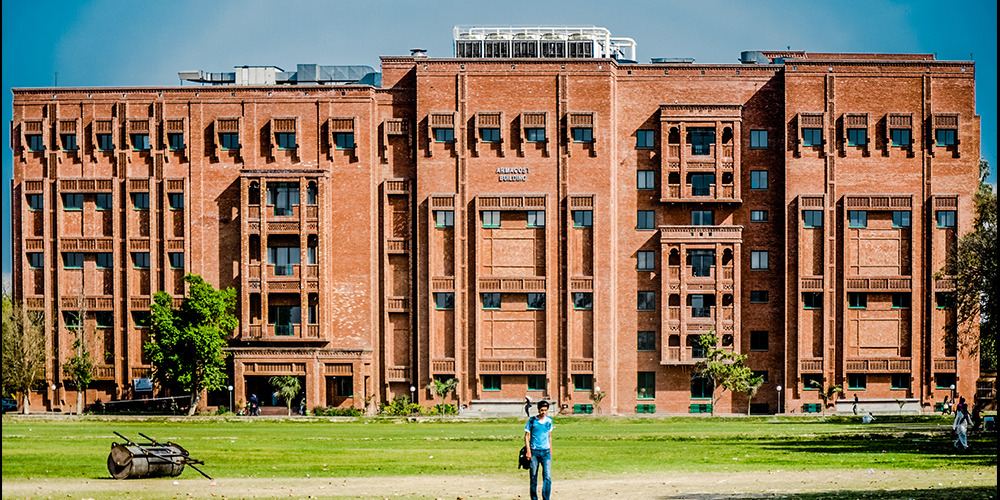 Islamabad: The Forman Christain College has sacked another young progressive teacher within a week after reducing contract of Professor Pervez Hoodbhoy.

The decision has prompted a strong reaction from academics, intellectuals and social media activists.

“I sadly announce that I will no longer be teaching at Forman Christian College,” commented Dr Ammar Ali Jan in a message on his Facebook page on Saturday.

“Earlier this year, my contract was changed to visiting faculty from the position of Assistant Professor. Now I won’t continue as a visiting lecturer either,” he added.

After returning to Pakistan in 2016, I was committed to teaching at a public sector university.

He had joined Government College University (GCU) Lahore where he taught at under Rs30,000 for over a year. The university did not renew his contract after over a year and a half, citing “national security” as a reason.

Dr Jan joined Punjab University in 2017 and was again framed as a security threat after speaking out against discriminatory behaviour meted out to students, particularly Pashtuns and Balochs.

“In April 2018, I found another teacher standing in my class, my office was locked and I was asked to leave. I was not paid the full amount either and the case is still pending in the Lahore High Court.”

Some friends and sympathetic teachers at FCC reached out to me in this most difficult period of my life and alerted me to a job opening at the university. FCC provided me with an opportunity to achieve some financial stability, build academic community and be away from constant public scrutiny. I finally felt relaxed in Pakistan, he stated.

Things began to change near the Student Solidarity March in November 2019 where he was accused of being an instigator and charged with sedition (a case still pending) after the march while his former student, Alamgir Wazir, was arrested.

Unknown people began putting pressure on the FCC administration to fire him. He was called in by the Rector and told him to quit all public activities as FCC is in a “sensitive” situation and cannot become controversial.

“I pleaded that I have a sedition case against me while a former student is in jail for only demanding education reforms and student unions. I cannot possibly abandon him and others while there is a full-scale crackdown from the state,” Dr Jan responded.

He expected that the university administrations should amplify the concerns of the students/teachers rather than mimicking the paranoia of a dysfunctional state.

“I was wrong, and I was told either to stay silent on the case or leave. I chose the latter option,” he said.

“I have wonderful memories from FCC. I received immense love and affection from students who were always eager to learn and always eager to challenge me. I had the most supportive colleagues, a wonderful head of department who stood by me till the end and office staff that made everything appear so much easy. I am grateful to the time I spent at FCC, the buildings, the lawns, the café, and my little office, all of which already appear as distant but beautiful memories.

It appears that the academic journey for me in Pakistan might be over after the unfortunate end at FCC. It is clear that those who run our beloved country cannot stand it when people leave the places assigned to them. They cannot bear a teacher sympathetic to students, students sympathetic to each other beyond ethnic, religious and gender differences, or faculty and students who take a stand on taboo topics. .Our state fears unexpected encounters, unpredictable solidarities, and unforeseen alliances. It prefers that everything assimilate into its own rigid calculus, with each accorded a place with finite possibilities, and deem any surplus beyond what is allowed as impossible, if not criminal.

Yet, we have not and will not surrender. We will continue to assert that ordinary people are the true sovereigns of this country, not unknown entities who violate law with impunity. Whether we are part of an institution or we work independently is only incidental in the larger scheme of things. We know our ideas are contagious for the youth and our enemies know it. They can create obstacles in the short-run but we know our principles will win in the long-run, while those who wish to eliminate dissent in society will only belong to the dustbins of history. No temporary setback should undermine our belief that what “they” tell us to be impossible is actually possible, and absolutely necessary.

Dr A.H. Nayyar, a friend of Prof Hoodbhoy condemned the move saying his contract as a professor on an endowed chair at FC University is not being renewed.

“This may have something to do with the departure of the Rector, or someone else may be eyeing Prof Hoodbhoy’s endowed professorship, we do not know for sure. What we know is that this will be one huge loss for the FC University,” he said.

Dr Nayyar, physicists and peace activists, said all higher education institutions are rated on the basis of their faculty. An exceptional faculty attracts good students as well as high-class teachers, taking it on an upward spiral of excellence. Only a few first-rate faculty members can turn the fortune of a university. “FC University will regret the decision to end its association with Pervez Hoodbhoy,” he noted.

Publisher and writer Bilal Zahoor said “In a shocking display of administrative ferocity, FC College has reduced Prof Hoodbhoy’s contract to one year, meaning he’d be forced to leave the college in 2021. It’s ironic how “overstaffing” manages to appear as a reason when Prof Hoodbhoy is the only professor of Physics in the college.

“Moreover, he’s the Zohra and ZZ Ahmed Foundation Distinguished Professor for Mathematics and Physics, indicating that his salary comes from the foundation, not FC College. How can then Prof Hoodbhoy be included in the cost-cutting calculus?,” questioned Mr Zahoor.

“We don’t want to jump into conclusions too soon, but clearly the latent reason of his (gradual) removal is not the same as the manifest one—”overstaffing”.  Earlier we saw Zagum Abbas, a young academic of political science, being removed from GCU, Lahore, and just a few months ago Ammar Ali Jan’s engagement at FC College has been reduced to one course.

In Sindh, two professors, Sajid Soomro and Dr Arfana Mallah are struggling to save their lives in the aftermath of politically-driven blasphemy charges, he noted.

“Seems like the government and the establishment (terms that can be used interchangeably in Naya Pakistan) has started viewing academia from the same lens they look at print and electronic media. The model of media control and censorship is making its way to academic spaces. This is already manifest in the hiring of puppet VCs at public universities and the burgeoning number of establishment-funded “research” centre are at private universities.

Prof Hoodbhoy has always been a critic of government policies and the establishment is well-liked and respected in progressive and liberal circles.