The Aga Khan Music Awards for 2019 has been announced. The master jury announced the names of the laureates and finalists for the awards’ inaugural cycle, says a statement issued from Lisbon, Portugal.

Established in 2018 the $500,000 wards are given in recognition of “exceptional creativity, promise, and enterprise in music performance, creation, education, preservation and revitalisation in societies across the world in which Muslims have a significant presence,” the statement reads.

The laureates will collaborate with the Music Awards to expand the impact of their work and develop their careers.

A three-day celebration of the awards will be hosted by the Calouste Gulbenkian Foundation in Lisbon, Portugal on March 29-31.

Finalists for the ‘award-in-performance’ will perform for a live audience, including the master jury, following which the laureate in performance will be announced at an award ceremony on the evening of March 31st.

In addition to performance, award domains include music creation, education, preservation, revitalisation and dissemination, social inclusion, and distinguished and enduring contributions to music.

A special Patron’s Award will also be conferred.

The nine laureates and 14 finalists come from 13 countries across Asia, Africa, the Middle East, Europe, and North America and represent diverse forms of professional achievement.

In creation category, Azerbaijani composer and pianist Franghiz Ali Zadeh, will receive the award for producing a prolific body of classical concert music that draws inspiration from Azerbaijan’s venerable musical and literary traditions.

In education category, ‘The Omnibus Ensemble’, based in Tashkent, Uzbekistan, will be given the award for creating an artistic rapprochement between local classical maqom traditions and languages of contemporary music.

In social inclusion category, Badiaa Bouhrizi, also known as Neysatu, a singer-songwriter and composer from Tunisia will receive the award for using her musical talent to promote social justice and the values of pluralism and democracy.

Farhod Halimov, a singer, multi-instrumentalist, and composer from Samarkand, Uzbekistan will be given the award for preserving the traditional classical song repertoire of Samarkand. The award will be shared by The Gurminj Museum of Musical Instruments, in Dushanbe for preserving and revitalising the musical heritage of Central Asian peoples and cultures, and, in particular, the Pamiri Ismaili musical culture of Tajikistan. 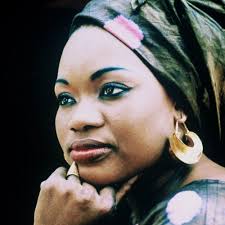 For the ‘Distinguished and Enduring Contributions to Music’ award three artists — Oumou Sangaré, Ballake Sissoko, Dariush Talai – will share the award for distinguished and enduring contribution to music. Ms Oumou is a celebrated Malian singer-songwriter known for her commitment to the training and career development of young people in the music professions. Mr Sissoko, another Malian kora player and composer, has developed the art of the kora, one of the oldest strings instrument in the world, in creative and innovative ways while also firmly rooted in tradition. Dariush Talai, an Iranian tar and setar player, musicologist, composer, and educator is being recognised for his exceptional commitment to transmitting the classical performance tradition of the tar through his diverse activities as an artist, educator, and scholar.

A special Patron’s Awardwill be conferred on Mohammad Reza Shajarian, the legendary artist of Iran in recognition of his enduring contribution to the musical heritage of humanity, his peerless musical mastery, and his sustained social impact as a performer and teacher, both within Iran and beyond its borders.

To ensure impartiality in the awards nomination and selection process, individuals and projects affiliated with His Highness the Aga Khan, the agencies of the Aga Khan Development Network, or members of the Awards Steering Committee, Secretariat, and Master Jury, were deemed ineligible for consideration.

Launched to support talented musicians and music educators working to preserve, transmit, and further develop their musical heritage in contemporary forms, the initiative began its work in Central Asia, subsequently expanding to include artistic communities and audiences in the Middle East, North Africa, and South Asia.

The initiative promotes the revitalisation of cultural heritage both as a source of livelihood for musicians and as a means to strengthen pluralism in nations where it is challenged by social, political, and economic constraints.

Its projects have included publication of a comprehensive textbook, The Music of Central Asia (Indiana University Press, 2016), a 10-volume CD-DVD anthology, Music of Central Asia, co-produced with Smithsonian Folkways Recordings, a worldwide performance and outreach program that nurtures “East-East” as well as “East-West” musical collaborations, and a network of music schools and centres that develop innovative music curricula and curriculum materials in the Music Initiative’s regions of activity.