April 13th is one of the darkest days in the chapters of our recent and distant past that converge to haunt us. It is the centenary of the Jallianwala Bagh massacre, one of the most gruesome events in our history. 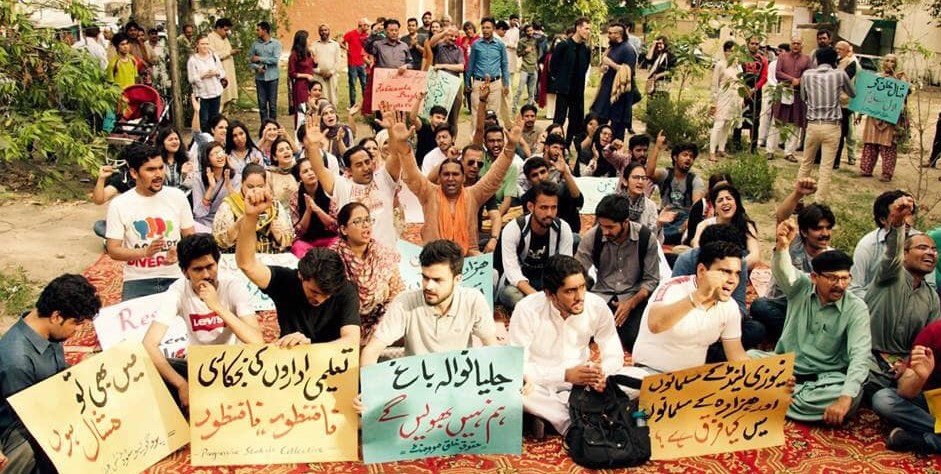 British colonial army’s General Reginald Dyer, a symbol of violence and terror in our history, ordered his troops to fire upon a crowd who had gathered in Amritsar’s Jallianwala Bagh to celebrate Baisakhi, the spring festival, killing over 500 people mercilessly. The event was followed by orders to force Indians to crawl on streets and to stand up right and salute whenever they saw a European person, adding a high dose of insult to our injuries.

The ruthlessness of the period shocked the nation, and propelled one of the first and great anti-colonial movements of the 20th century.

Two years ago, the 13th of April took away from us one of the most precious sons of our soil. Mashal Khan was a brave human being who dared to speak truth to power and had an intellect that none of the pygmies who opposed him could match. What his enemies lacked in intellect was compensated by their treachery and cruelty as they chose to use the sacred name of the Prophet of Islam (PBUH) to silence the voice of truth. The way in which a frenzied mob attacked, humiliated, lynched and killed him in broad daylight was an unforgivable act of wanton criminality. But more importantly, by ending the life of one the most promising bright mind, the crowd was participating in the self-destruction of the future of its own society. If social suicide had an image, it would be that of the merciless killing of Mashal Khan by his fellow students, people he only wished to serve.

And now we are burdened once again by the brutal killings of Hazaras in Quetta. The endless loop of tragedies for the Hazara people, the invisibility of their suffering in our popular discourse, and the failure of state institutions to protect them are a testament to our collective apathy in the face of incredible violence. Today, we do not need a General Dyer to kill us. Our own silence, fear, lack of empathy, prejudice and vindictiveness are enough to tear apart our societies from within. To identify our enemies today, all we need is a mirror.

Hegel once said that true consciousness is to recognise oneself as the enemy. It is easy to blame those in power for the mess we are in. But the powerful have seldom been on the side of the people in history. The more difficult task is to recognise how we have internalised violent patterns that compel us to participate in the repetition of the crimes from our past. To break from the history of violence, subjugation and humiliation, we must break from the self that is constituted by this history.

I am incredibly proud of young people in Lahore and elsewhere who are coming onto the streets today to protest the murder of Mashal, the killings of Hazaras and to commemorate the Jallianwala Bagh Massacre. I hope it would be the beginning of a rupture from our violent past and the haunting silences that are tearing apart our society today. General Dyer wanted us to be afraid and to let go of each others’ hand. Let us kill Dyer’s ghost by standing shoulder to shoulder in solidarity with each other, unapologetic for demanding the better world our martyrs died for, and unafraid of the consequences of speaking truth to power.

Dr Ammar Ali Jan is an Assistant Professor, teaches Political Science at Forman Christian College, Lahore. He is a PhD in History from University of Cambridge, UK.