Migrant workers in India, Pakistan and Nepal are crushed by poverty as earnings come to an abrupt halt in the lockdown forced by the Covid-19 pandemic, says a report compiled by Joydeep Gupta, Zofeen T Ebrahim, Ramesh Bhushal, published in thethirdpole.net online magazine.

Across South Asia, the impact of the Covid-19 on livelihoods has been extreme. Despite being an outlier in terms of low infection rates, and even low casualties, most South Asian countries have been left reeling due to the impact that shutdowns have had on migrant labour. This, in turn, should focus the attention of governments on the conditions driving labour from distressed areas in mountain and rural communities.

As agricultural incomes have stagnated over the last few decades across South Asia, accompanied now by climate change impacts leading to a frequency of droughts and floods, impoverished labour has flooded urban areas. In coastal areas, the rising sea has made the land saline and infertile, pushing millions into distress, adding to the throng of the impoverished desperately seeking employment elsewhere. 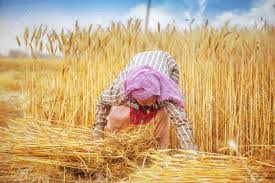 While there has been reporting on communities, especially in mountain areas, denuded of their male labour, there has been little focus on the men with little to sell but their labour in urban areas. As shutdowns enforced both overseas and within South Asia, the desperate nature of these lives are being revealed in stark terms as people struggle for day-to-day existence with their means of livelihood abruptly terminated.

At the edge of starvation

The bitterness came through on the call he made from a borrowed phone belonging to a volunteer at one of Indore’s Covid-19 quarantine centres for migrant workers. On his own phone, there is no credit left to make calls.

Khatik, a skilled mason with 10 years of experience building homes, does not have any cash to carry home, if and when he is allowed to leave. In his village in another part of Madhya Pradesh, central India, there is no farm labour available to harvest the wheat he had sown last November. 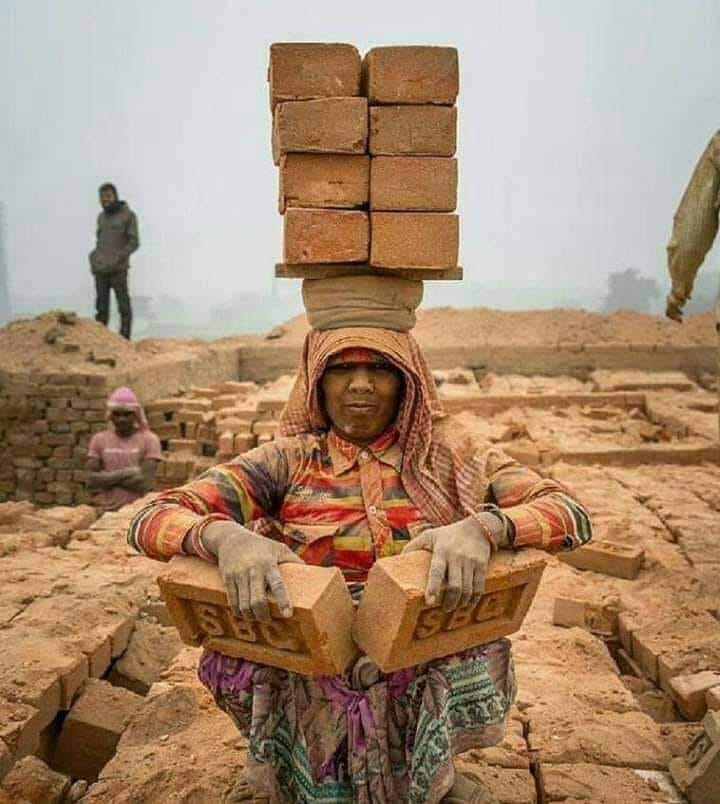 It is no good telling Khatik that he and 200-odd other migrant workers at the centre are being kept there to avoid the Covid-19 infection.

“We’re going to die of hunger much before we die of this new illness,” he retorted. “Do you know what we ate today and yesterday, or the day before? Khichdi (rice and pulses) once a day, each day. Who can live like this, squashed together, four toilets for 200 people? Are we animals?”

When asked if he has been talking to people back home, he said: “I did, till there was balance (credit) on my phone. I haven’t been able to send any money for a month now. They have to buy food and are being forced to chalk up huge bills at our village grocer’s shop. God forbid if my parents fall ill, how are we going to pay the doctor or buy medicines?”

Although the government has said some construction work can restart on April 20, Khatik has little hope. “Where will I look for work? If the government allows, I can stand at the crossroads where labourers are hired for the day. But there will be eight people competing for each job. The daily rate will crash. I used to make INR 400 (USD 5.20) a day but now I shall be lucky if I make INR 100 (USD 1.30).”

Hundreds of kilometres away on the banks of the Yamuna in New Delhi, Ram Pal is in an even worse situation.

The man from Bihar who used to drive an e-rickshaw in India’s capital was among those spotted wolfing down half-rotten bananas which had been thrown away on the riverside.

“Earlier, I’d have been ashamed to do this — even more ashamed that TV reporters saw me. But now I’m glad they were there. They showed this on the news, and since then we’ve been getting food packets twice a day. Before we saw those bananas, most of us had not eaten anything for three days.”

In an India that has been locked down since midnight of March 24 to control the spread of Covid-19, Ram Pal’s tale is now drearily familiar. He was stopped while trying to walk to his village around 800 kilometres away as public transport was withdrawn during the lockdown. To make matters worse, he was sent to an overcrowded quarantine centre which kept running out of food, till one day, scores of people forced their way out and walked aimlessly on the riverbank. This is when they chanced upon the mound of bananas.

He does not want to talk about his family back home. “How do you expect them to be, when they have no money? I was carrying some money when I started to walk to my village. But now that I’m stuck here, I spent it to buy food. There’s no point in going home. How will I show my face? What will my wife and children think? What sort of a man am I?”

In Pakistan, the same despair

Roshan Khan, 46, a private cook in a home in Islamabad, Pakistan’s capital, was in his village on an annual holiday when the government announced a lockdown due to the Covid-19 pandemic.

“The people I work for asked me not to come till they inform me,” he said over the phone from his village near Rawlakot, the capital of Poonch district in Pakistan-administered Kashmir.

Without a steady salary, Roshan Khan has already spent PKR 16,000 (USD 95) to buy food and other essentials for his family. “Now, I am buying the daily groceries on credit and owe PKR 19,000 (USD 114) to the shopkeeper.” In his small village of Singhola perched on the slopes of the Pir Panjal mountain range, everyone knows each other, so the shopkeeper has not asked for money. “But I have a feeling the day is not too far when he will ask.”

There is no work for him in the village. All goods have to be carried up steep slopes from the road to peoples’ homes, and some neighbours earn money acting as porters. Roshan cannot do that because he recently had a neck operation to remove a cyst. “I cannot carry out hard labour or lift heavyweights. If I do, I get severe pain in my neck, head and also breathlessness.”

He has not asked his employer for money. He said he feels shy and, “they have not offered anything either.”

Watch | "Have to fill our stomach": Migrant workers scour through piles of rotten bananas in Delhi's Nigambodh Ghat amid #CoronavirusLockdown. Report by NDTV's @Saurabh_Unmute pic.twitter.com/426D5OhIQq

Mohammad Khalil, 43, a waiter at a restaurant in Karachi’s Defence Phase 4, area, has not gone to work for three weeks when all eateries were ordered to close down by the Sindh government. Sharing his misery are 12 other waiters who share three rooms for which they pay a rent of PKR 24,600 (USD 148) per month. Due to the lockdown, none of them can travel.

“My employer paid me PKR 300 (USD 1.80) every day and on average good days I earned PKR 500 (USD 3.00) as tips as well,” said Khalil. Now he and his friends get packed meals for lunch, distributed by a charity nearby. They cook their own dinner with the food they still have.

His wife and four children in a village in Poonch district depend on remittances from him, but Khalil no longer has any money to send home. “For now, my elder brother is able to take care of them. But had I known what lay ahead, I’d have rushed home and been near them.”

If he had managed to get back to his village, Khalil would have found some source of livelihood, he is sure. At least, he would be able to access the subsidised food the government is distributing. “Since women in our village have not really stepped out of their homes, they are shy of accessing these services. My wife, for example, would not be able to read an SMS or how to send her ID (identity) card number using the messaging service. So she will remain out of the loop of government help.”

Khalil’s employer has not offered any help, but he holds no grudge. “If we were just a handful, I’m sure he’d have supported us. But we are so many, it would be unfair to expect that from him.”

Om Thapa Magar returned from the UAE to the Makwanpur district of Nepal on March 18, a week before a national lockdown was declared.

“I used to work for a food supply service and came for two months but don’t know if I will be allowed to resume my work. My employer has said, ‘Let’s see how it goes’,” he told thethirdpole.net over the phone.

He immediately asked, “Do you think there will be an opportunity for people like me anywhere in Kathmandu?” As the only earning member of a family of five, the future looks bleak for him.

Hundreds of thousands of migrant workers have returned to their homes from several countries in the Middle East, South Korea and India, among others. Thousands of would-be migrant workers are stranded as the government has stopped issuing labour permits.

In the last decade, Nepal has issued labour permits to 3.5 million migrant workers to work in the Middle East and Malaysia as well as other countries. On an average day in the pre-Covid-19 era, 2,000 people flew out of the country for work that would feed their families back home. Remittances contribute about one-third of Nepal’s NPR 1,300 billion (USD 11 billion) annual economy. In 2018, the country received NPR 879 billion (USD 7.14 billion), out of which 15% was from India alone.

Thanks to remittances, Nepalis below the poverty line dropped from around 42% in the 1990s to around 24% in 2015. Now, media reports say this percentage is likely to increase if the lockdowns in various countries continue for the next few months. In 2015, Nepal set a target to reduce the number of people below the poverty line to 5% by 2030, part of the country’s SDG plan. The economic havoc caused by Covid-19 is likely to hamper this.

In 2018, a status report on migrant workers prepared by The Asia Foundation said, “In a country like Nepal, crucially reliant on foreign earnings, a small decline in remittances can severely affect the nation’s economic health.” The Nepal government is yet to come up with any plan on how it will handle the economic fallout of the pandemic.

Within Nepal, about one million construction workers and two million workers in the fields of transportation and restaurants are jobless. The majority of them lived on daily wages. About 60% of Nepal’s domestic economy relies on service sectors like tourism and transportation.

Some experts see a silver lining. “On average, 3,000 young people have returned from cities or abroad to each of the 753 local administrative agencies. They should be provided interest-free loans for farming, which will encourage them to stay back. It’s the right time to bring some innovation in agriculture and support young people,” said Govind Raj Pokharel, former vice-chair of Nepal’s National Planning Commission.

But for almost all migrant labourers all over South Asia, it is the immediate loss of livelihood that is a catastrophe. This feature was first published on thethirdpole.net online magazine.