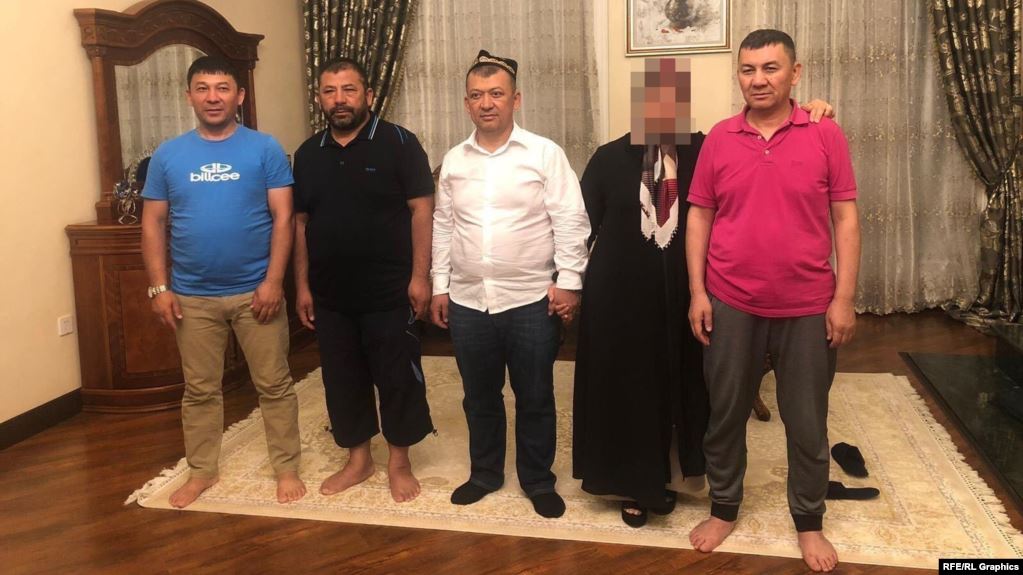 The four brothers at the heart of the Abdukadyr family business. Photo OCCRP.

Tycoon at the centre of the Kyrgyz corruption scandal poured millions into EU, US real estate, reveals a report by a consortium of investigative journalists.

A Central Asian cargo tycoon at the centre of controversy in Kyrgyzstan over massive sums spirited out of the country has invested tens of millions of dollars in real estate in Europe, the US and Middle East, a new investigation by a consortium of investigative journalists from Radio Azattyk, the Kyrgyz Service of Radio Free Europe/Radio Liberty; OCCRP and its Kyrgyz member center, Kloop news site revealed on December 23. The report is considered the biggest scoop of the year. Over two dozen journalists from these organizations worked for months to make the investigation possible. Due to multiple threats received by reporters and editors over this period, their names are not disclosed.

The scale and magnitude of corruption which one would never imagine in the socialist system of economy and governance are now rampant in the Central Asian and other countries who got “freedom” and embraced the neoliberal economic system.

Khabibula Abdukadyr, a powerful Uyghur businessman with a Kazakh passport, and his family — the four brothers — Alimujiang Hadeer, Nabi Hadeer, Maimaitili Hadeer — acquired these properties during a period in which they received tens of millions of dollars wired out of Kyrgyzstan by Aierken Saimaiti, a self-confessed money launderer killed in Istanbul last month.

The Abdukadyr family made millions on the back of an illicit Central Asian cargo business. Now we know where the money ended up: exclusive villas, gleaming high-rises, and phantom investments across the world.

Since 2012, hundreds of millions of dollars from Kyrgyzstan have poured into bank accounts in Europe, the US, and the Middle East on behalf of the family.

Much of that money ended up in an expansive real-estate portfolio that stretches from the Persian Gulf to the shores of California.

That portfolio includes acquisitions of high-rise developments in Dubai, homes in California and Virginia, and luxury residences in London, where the family bought a $6 million mansion in an exclusive, gated community, and a $1.2 million home near Washington, DC. It also includes new real-estate development projects, like a 26-floor apartment tower in Dubai.

The report is the latest in a series of investigations by the three outlets based on financial records and interviews Saimaiti provided to reporters before he was shot dead in a contract-style killing on November 10.

The previous investigations — which revealed how Saimaiti moved money for the Abdukadyrs, illicit customs schemes, and the flow of dark cash out of Kyrgyzstan one of the world’s poorest countries — — have triggered protests against corruption in the Central Asian country.

Using land and company records, reporters were able in the latest investigation to identify at least 20 properties the Abdukadyr family purchased in Germany, Britain, the United States, and the United Arab Emirates over the past eight years. These include One Property. The residential development in Augsburg, Germany, has irritated locals due to repeated delays in the completion schedule.

The report found that the Abdukadyr family has paid at least $65 million for real estate in these countries, though the true figure is larger because records were not available in all countries and it does not include the cost of developing the properties.

Before he was killed, Saimaiti provided reporters with what he called a sham contract in which he agreed to loan $30 million to one of the Abdukadyrs’ German companies. This document was cited as an explanation to banks for some of the millions of dollars that Saimaiti wired to the Abdukadyrs’ accounts in Germany.

Abdukadyr and his associates have not responded to inquiries about their business in Central Asia and beyond, nor have they commented publicly on the media investigations into their wealth and operations.

Following the first joint investigation based on Saimaiti’s whistle-blowing by RFE/RL, OCCRP, and Kloop in November, the chief of Kyrgyzstan’s financial police said that the businessman had transferred close to $1 billion abroad from Kyrgyz banks.

While Abdukadyr has long kept a low public profile, he rubs shoulders with political elites in Kyrgyzstan.

Saimaiti — a 37-year-old Chinese citizen who ran what was, on paper, a small Kyrgyz company — also alleged before his death that a powerful former senior Kyrgyz customs official, Raimbek Matraimov, was involved in an illicit customs scheme together with Abdukadyr’s cargo network.

The investigative journalists previously found that Matraimov’s wife was a joint investor in a Dubai development together with one of the Abdukadyrs’ companies.

Matraimov denies any wrongdoing but has not publicly commented on that Dubai project. He and his relatives have filed a libel suit in Kyrgyzstan against RFE/RL’s Kyrgyz Service and Kloop.

The rescue operation will resume on Monday; one local and two Czech climbers are stranded …