British colonial officer John Biddulph’s book is considered as one of the pioneering works in English that provided an insight to the secluded societies, lifestyles, languages,  customs, marriages, festivals, ruling families and general characteristics of the many tribes that inhabited the Hindu Kush region

Tribes of the Hindoo Koosh written by British colonial officer John Biddulph is considered as one of the few pioneering works in English that provided an insight to the secluded societies, lifestyles, languages, social customs, marriages, festivals, history, ruling families and general characteristics of the many tribes that inhabited the Hindu Kush region which separates Badakhshan, Wakhan in the north from Nuristan, and Hunza and Chitral in the south. The origin of the name the Hindu Kush, according to popular etymology, is derived from the Persian kushtan (to kill). The renowned Muslim traveller and geographer Ibn Battuta attributes its origin to the death of slaves being transported over the dangerous passes from India to Turkestan.

Spanning over 14 chapters, this book is an account of Biddulph’s missions to the regions which we now know as Gilgit-Baltistan, Chitral, Kohistan and Xinjiang covering a vast area not just limited to the present Hindu Kush, but also the Himalayas and Karakorams and Pamir in places such as Hunza and Ladakh. Colonel John Biddulph had joined the 5th Bengal Cavalry in January 1858. He was on special duty as a member of the Mission to Yarkand, the Pamir and Wakhan in 1873-74 and again on special duty at Gilgit from 1877 to 188.

The writer makes frequent mention of the famous Chinese traveller Fah Hian who is also known to have travelled through these mountainous territories. Mentioning about Kohistan, the writer is of the view that Kohistan is also called Shinkari, ‘the country of the Shins’, by the Kohistani people themselves. He has discussed the topography and social structure of the valleys of Tangir and Darel, the ethnic composition and traditions of small states in great detail. The writer has also highlighted conflicts between tribes, clans, the conflict resolution mechanism, relations and issues of grazing rights between Tangir and Yasin. Discussing the demography and topography of Gilgit town, Biddulph estimates the population of the town to be of 4,500 inhabitants in 1880s.

One can easily notice the colonial biases of the author about certain people and distorted facts about their customs. For instance, he seems very critical about the people of Hunza State. He specifically mentions the raids conducted by the people of Hunza in Yarkand and looting of trade caravans on the way to the Subcontinent.He has also questioned the animal slaughter in Hunza which, in his view, is not according to the Mohammedan tenets. His opinion about the ruler Ghazan Khan is very negative. He says he is known for organizing orgies. In addition to that, the author compares the social conditions of Nager and Hunza. 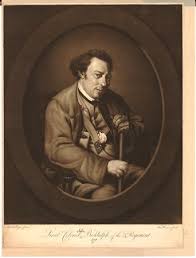 Mentioning the various ethnicities of that time Biddulph believes that Shins could be considered Dardic Hindus from the South. He is of the view that Kashmiris residing in Gilgit are basically artisans, weavers and carpenters. Biddulph has also discussed the socio-political structure, administrative hierarchy and social classes. He mentions the designations as Thum (ruler), Wazir (Minister), Yerfah (Steward), Trangfa (Village Head), Charbu (Assistant to the Trangfa), Ataliks in Chitral (Military commander and Revenue officer) and Charwelo (In charge of a group of villages). The Chitrali rulers would receive an annual tribute of children of both sexes from the Siaposh community. He has also mentioned the punishments for different crimes including elopement, adultery and extramarital affairs in these tribal regions. The author has also mentioned the importance of foster relations, especially with the ruling families.

In the second half of the book, Biddulph discusses languages and dialects of Dardistan which comprises the Shina-speaking territories which cover today Gilgit, Astor, Diamer, parts of Ghizer, lower Hunza, Nager and Chitral. The name Dardistan for the entire region was given first by G.W. Leitner after his visit in 1866. The ten appendices of Biddulph’s book treat numerous words and grammatical syntax of the different languages, comparing Shin and Yashkun names with a suffix of ‘Sing’.

While discussing the old shamanic religious influence in the region, Biddulph writes that the old towers in Wakhan represent Zoroastrian religion’s cradle. He further narrates that the practice of suttee (a common practice among the Hindus wherein a woman had to be burnt alive along with the body of her husband) was practiced in Gilgit, Gor, Hunza and Nagar. The author even claims the presence of Hindus in Darel valley till 1877.

The appendices portion of the book includes languages. Together with Leitner, Biddulph provided the basis for the investigation of the Dardic and Kafir languages, which are spoken in the mountainous northwest corner of the Indo-Aryan linguistic area divided into two groups: 1) the Kafir group: Bashgali or Kati Bushgali, a language spoken in the north of Nuristan; and 2) the Dardic group: Khowar, spoken in Chitral valley and parts of Ghizer District of Gilgit-Baltistan – Torwali, spoken in Bahrain, the upper Swat Valley; Bashkarik or Bushkarik, spoken in the Panjkora Valley, above Dir and in some villages of Swat.

The author has made a very valuable contribution to geographical and anthropological knowledge. The book can be described as the beginning of a systematic investigation into the vocabulary and grammar of the Dardic and other languages such as Burushaski and Wakhi. He has listed vocabulary, numerals, verbs, nouns and pronouns in the indigenous languages of the region.

This interesting account by John Biddulph brings out his observations, biases and experiences about different tribes, clans and people of the region.

Cohen showed why we should all be socialists

Why Not Socialism? is an excellent introduction to socialist ideals. The form of presentat…