Neither faith in, nor critiques of the idea of meritocracy is new. Michael Young’s famous 1958 book The Rise of Meritocracy argued that class privilege and advantage were likely to be amplified as financial and cultural capital passed across generations in families. Each new generation would benefit from existing structural advantage created by their parents and even grandparents. They might be talented individuals, hardworking and driven to succeed, but they would owe their achievements in part to a myriad of inherited class advantages. Young intended the title of his book as a satire, but for many, it seems to promote the ideal of egalitarian opportunity. 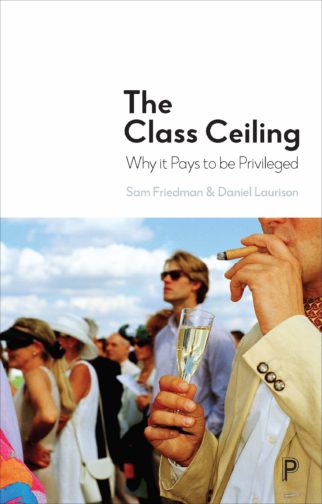 A recent rash of books critically revisits the ideas in Young’s now six-decade-old book. In The Class Ceiling: Why it Pays to be Privileged, Sam Friedman and Daniel Laurison provide a wonderfully accessible account of contemporary class analysis in the U.K., examining the complex ways in which class influences life chances. The authors leaven the numbers with fascinating vignettes from the field showing how successful middle-class professionals are sometimes aware of their own class privilege. As one put it, “I was lucky to have a following wind.” The book does not offer a crude demonization of privilege. Instead, the study gets to the heart of how talent and hard work don’t sufficiently explain how good jobs get allocated. Often times, as The Class Ceiling shows, it’s the lucky breaks that already privileged people enjoy that allow them to achieve yet more success.

Take ‘Mark’ for example, a successful TV executive in his late thirties. Mark relates to Friedman and Laurison his own ‘following wind.’ The son of successful educated professionals, he was privately educated before gaining a place at Oxford. While he was at Oxford, Mark’s parents paid for him to go on a holiday to New York to do research for his undergraduate dissertation. He stayed in Manhattan for free in an apartment owned by a contact his father had met on the sidelines of a rugby match. This same contact then provided Mark with an introduction to the television industry. The upside of the anecdote is that Mark is fully aware of his privilege and luck.

The Class Ceiling is peppered with similar tales of advantage and their mirror images, such as the pairing of Nathan and Jim. Nathan’s CV is littered with prestigious roles in TV and film. He attributes his success to “just working incredibly hard” and “making good decisions” like turning down jobs he didn’t believe in. As he explains, “No job is worth sacrificing yourself for.” Jim, by contrast, has decided to leave the acting profession after ‘sacrificing’ himself and his career by taking the kind of parts Nathan can afford to avoid. Jim’s working-class origins still constrain him in his forties. He struggled so hard to get into the acting profession, but the typecast jobs he has to take ultimately end up damaging his career and lead to offers drying up altogether. Class both constrains and enables after all.

The old formula so loved by politicians and defenders of the status quo that success can be reduced to “Talent + Hard Work = Success” is well and truly nailed by The Class Ceiling and its intimate stories of success and failure, which show how the safety net allows some to take chances and enjoy opportunities. What emerges is a profound story of wasted, unrealized talent for those from working-class backgrounds.

This theme is picked up in another important recent book, The Meritocracy Trap, by Daniel Markovits. For Markovits, meritocracy isn’t working for either the losers or the winners. For middle-class families, the stress involved in ‘making it,’ even for those with privilege, involves constantly monitoring children’s progress, pushing them to excel in a bewildering array of extracurricular activities so that they can compete for the jobs or opportunities in the future. 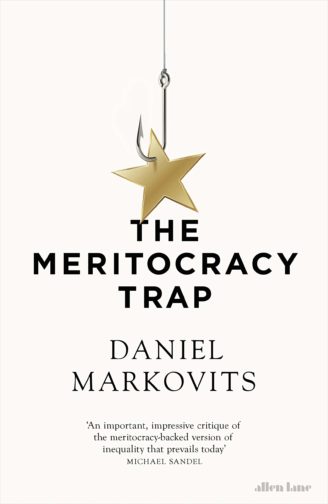 The Meritocracy Trap highlights the effect this has on both parents and their offspring, creating profound and enduring anxiety and mental health issues. I wrote about my own experience of using middle class cultural and economic capital in terms of my own kids in a previous blog. The solution for Markovits involves radically improving education for all social classes to take away incentives to leverage class privilege in schools and colleges.

In The Rise of Meritocracy, Young described precisely the ‘following wind’ that Friedman and Laurison talk about in The Class Ceiling seven decades later. Sheer talent and hard work weren’t then, and isn’t now, going to allow those further down the social scale the chances they need to really succeed. One of my colleagues who researches drug policy has this neat formulation that politicians “need to follow the available evidence, not what people would prefer to be true.”

This is also true for commentators who defend the common-sense view of meritocracy that talent and hard work will out. In study after study, social scientists repeatedly show that class and other forms of stratification get in the way of merit. Privilege, or the lack of it, shape individuals’ merit, and it can undermine someone with great talent and commitment, or give someone an extra push.

So what do we do in the face of the enduring attraction of meritocracy? It helps to keep repeating the inconvenient truth to anyone that will listen. Books like The Class Ceiling and The Meritocracy Trap help enormously by making complex arguments accessible to a wider public, providing the numbers but also giving names and faces to what those the numbers represent.

This article originally appeared at the Working-Class Perspectives site, hosted by Georgetown University’s Kalmanovitz Initiative for Labor and the Working Poor.

Professor of Sociology and Director of Work, Employment and Economic Life Research Cluster at the University of Kent.