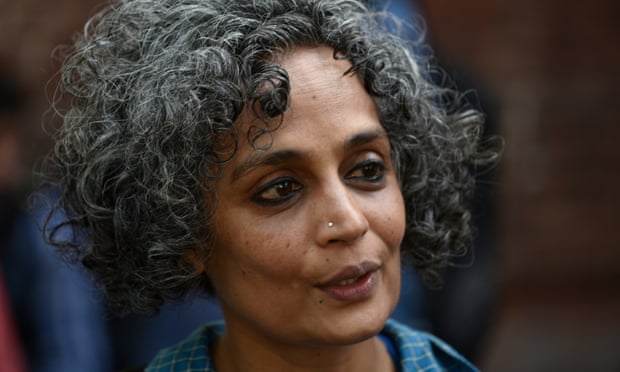 Arundhati Roy and Margaret Atwood are among a group of international writers and activists backing claims that US peace talks with the Taliban are excluding Afghan women’s voices and risk pushing back the rights of women in the country.

In an open letter published in the Guardian, Atwood, the author of the dystopian novel The Handmaid’s Tale, and Roy, who won the Man Booker prize for The God of Small Things, along with hundreds of Afghan women and young people, call for “global solidarity to keep women’s voices alive”.

“We, the women of Afghanistan, will not go backwards,” the letter states. “History has taught us the bloody lesson that you cannot have peace without inclusion.”

The letter has also been signed by other international figures including the playwright Eve Ensler, the author Neil Gaiman, the film director Ken Loach, the author and physician Khaled Hosseini, the feminist activist Gloria Steinem and five Nobel peace laureates.

The letter highlights concerns about the peace deal currently being negotiated between the US government and the Afghan Taliban. It says the negotiations exclude broad sections of Afghan society, including women and young people, as well as democratic structures, government and institutions.

“Over the last 17 years we have fought to bring women’s voices and interests into Afghanistan’s political, social and cultural institutions, against a backdrop of ongoing violence,” it says.

The Afghan signatories, describing themselves as “civilians, doctors, activists, student and artists,” say they have “collectively and individually created space to advocate both for ourselves and for peace in our country”.

“Many of our leaders have paid with their lives for this progress,” the letter adds, highlighting cases including the 2012 killing of Hanifa Safi, a prominent Afghan politician who was blown up in her car, and Farkhunda Malikzada, 27, who was publicly beaten and killed by a street mob in Kabul in 2015.

“The gains made from these hard-won battles are now being threatened by a deal that excludes our interests and voices and ignores the representations we have fought for,” the letter says. “It is at this critical moment for the future of our young people, our women, and our democracy that we ask for global solidarity, so we can continue to build on our victories.”

It continues: “When the coalition arrived in Afghanistan in 2001, it was on the back of promises made to Afghan women and future generations. We have been fighting for our rights and representation ever since. As we prepare to defend our rights once more, we ask that this peace process reaffirms and protects our constitutional rights, interests and democracy.”

The letter was the initiative of Time4RealPeace, a coalition of Afghan women and young people that aims to raise awareness about the lack of female involvement in the peace process.

Rahela Sidiqi and Sahar Halaimzai, two of the letter’s four coordinators, said: “Afghans are dealing daily with the legacy of violence, the Taliban, warlords and ethnic factions, but we now have a constitutional framework to deal with these issues and a new generation of Afghans – women and men – committed to creating peace and stability.

“We have come together to demand a legitimate peace process that includes our interests and our democratic institutions. Not one that simply trades US withdrawal and our democracy, however fragile, for shallow Taliban promises to respect rule of law, protect women’s constitutional rights and not monopolise power.”