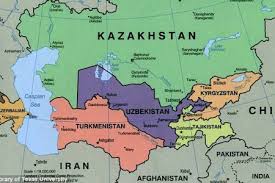 Modern Central Asian regimes remain autocratic, but are they to become hereditary quasi monarchies in the near future? At least the leaders of two countries – Tajikistan and Turkmenistan — seem to be preparing to hand over the power to their sons. How do we investigate political regimes in the region in this context? Did democracy fail in Central Asia? How will the balance of powers will look like after the coronavirus? These and other issues were discussed by Voices on Central Asia reporter in an interview with London-based researcher Francisco Olmos.

You have been writing a lot about modern Central Asian regimes, which are mainly autocratic. What helps you to understand them the most: some type of critical/theoretical lens, a historical approach, or a comparative approach? And, generally, how common and different they are in terms of their power structures?

I use the three approaches you have mentioned when looking into the region’s authoritarian regimes to achieve a comprehensive view. A theoretical lens is important to set the principles on how those regimes behave, while the past is always key to understanding why we have arrived at a certain point and it helps us understand future developments; a comparative approach allows us to have a view, which is not limited to a country or geography. And above all, it is important to have a critical perspective.

It would be a mistake to treat the Central Asian regimes as a monolithic block as they all have different characteristics. In Turkmenistan, for instance, power is concentrated mostly in the ruling family and its closest circle and there is virtually no difference between economic and political elite, while in Kazakhstan, on the contrary, the elite is much wider, with a larger number of players. In Uzbekistan, clan politics play a part, potentially including links with organized crime—a feature also common in Kyrgyzstan. There are many reasons that explain the differences in the regimes’ power structures, from historical and cultural reasons to economic and demographic, and while they do have common elements, we should make sure we do not bind them all together. 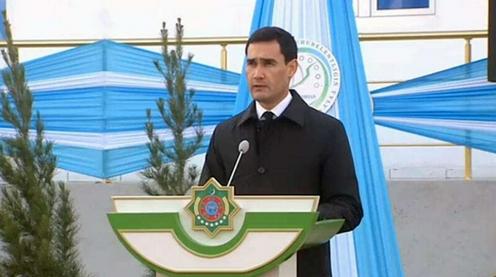 And another related question: how difficult it is to study them? Do you think you need more insider information on what is going on behind the scenes or is the nature and development of each of these regimes more or less understandable?

Studying them is not an easy task. The lack of transparency and reliable information is a hurdle that sometimes cannot be overcome. In some cases, even information provided by the respective governments cannot be trusted, which poses a problem. Being able to have insider information is key—and if that is not possible, one has to rely on those people and media outlets that do have that information. This makes it difficult to understand the regimes’ motivations and predict what can happen in the future. The decision-making process is in most cases opaque, coming from the ruler himself or his close inner-circle and that is why some events come as a surprise.

This is especially the case when looking into power transition in the region. Last year’s announcement by Nazarbayev on his “resignation” was not expected, and rumours abounded before he de facto chose Kassym-Jomart Tokayev as the next president. Similarly, it is hard to know in detail what happened in the background after Islam Karimov’s demise and the power struggle that followed, let alone what happened in Turkmenistan with Saparmurat Niyazov and Gurbanguly Berdymukhademov’s rise to power. But, this is something which anyone familiar with the region gets accustomed to.

Looking at the family power transition in Azerbaijan, how likely it is that it will be replicated in Tajikistan, Turkmenistan, and, maybe with some lag, in Kazakhstan? What do modern family regimes look like and how do they differ from historical monarchies (you made this comparison in one of your articles)? We may not even call them constitutional monarchies as their parliaments (in all three CA republics) carry little power…

Hereditary succession would be a first in modern Central Asia and therefore has attracted a fair amount of attention in the last years. The movements taking place in Tajikistan and Turkmenistan, with the sons of the respective presidents taking more and more responsibilities, coupled with a visible lack of contenders, have fostered such discussions. However, the possibility of hereditary succession can result in simplistic headlines and superficial discussions, and we must, therefore, be cautious when analyzing it.

To understand what the eventual outcome of such movements will be, we need to ask the following question: is the purpose of the progression of the sons of the presidents of Tajikistan and Turkmenistan to achieve the presidency and succeed their parents, or is it a mechanism to protect them once their fathers are gone? Unlike the Uzbek scenario, in which the late Karimov’s daughter Gulnara is in prison, protecting the wealth and position of the family could be the main driver behind the growing importance of the sons of Rahmon and Berdymukhamedov. However, as with many other aspects of Central Asian politics, it is not easy to come to a definitive answer due to the lack of transparency, and there are diverging opinions on the subject.

In terms of the likeliness of Tajikistan, Turkmenistan, and even Kazakhstan following in Azerbaijan’s footsteps, we should make a differentiation. The personalistic nature of the Turkmen and, to a lesser extent, Tajik regimes, where power belongs to a narrow elite around the ruler’s family, make it a real possibility as there does not seem to be other obvious contenders—or at least ones that we know of. Kazakhstan’s case is very different. The economic and political elite is much wider; there are more interests and different candidates that could take over the transitory figure that Tokayev represents, so hereditary succession is, in my opinion, not likely to happen there.

In terms of the shape that such regimes will take if hereditary succession does happen, they would have nothing in common with the monarchies that ruled parts of Central Asia until the beginning of the 20th century. Although they cannot be compared entirely, family regimes are in place in Azerbaijan, Syria and North Korea, to name a few, so they would have more in common with them than with the Central Asian khanates and emirates that belong to another time.

Generally, did democracy fail in Central Asia? It seems Kyrgyzstan is going back on an authoritarian track with the planned referendum on the preferable form of rule. If so, what is to blame and what can we expect in the near future?

We cannot say democracy failed in Central Asia because, with the relative exception of Kyrgyzstan, it was never present in the region. It was unrealistic to think that the Central Asian republics would become democracies overnight after independence. They were brand new states that had no democratic tradition and could not benefit from the proximity to established democracies like other former Soviet republics in Eastern Europe.

Kyrgyzstan has not followed in the footsteps of its neighbours, but it has had ups and downs since independence and, with the exception of Roza Otunbayeva, its presidents have been more than reluctant to give up power. To avoid this from happening, institutions have to be strong and independent, but if they are not—as is increasingly the case—it is up to civil society to avoid falling into authoritarianism. While far from perfect, the democracy attained in Kyrgyzstan is the country’s greatest asset. It is hard to predict what will happen in the near future, but October’s parliamentary elections will be another test for the resilience of the country’s democracy.

How do you think the balance of powers will look after the coronavirus? More regionalization in CA will still mean more engagement with direct neighbours such as Russia and China and even less with the US and Europe; what would be the implications of this?

I do not believe the coronavirus crisis will alter significantly the balance of powers in the region. Russia’s political and military influence will remain as will China’s economic ties. What this crisis is already highlighting are the issues that emerge when depending on China for exports, as energy-rich countries like Kazakhstan and, especially, Turkmenistan are already feeling. Hopefully, it will be a wake-up call and will encourage diversification in the future. The role of both the US and Europe will remain at similar levels as before.

From a regional perspective, as RFE/RL’s Bruce Pannier pointed out in an article recently, it is Uzbekistan’s Mirziyoyev who is taking the lead, contacting neighbours and delivering humanitarian aid to Kyrgyzstan and Afghanistan. The Uzbek president is so far coming out of the crisis as the regional leader—to the detriment of Kazakhstan, which has been slow to react at a time when its leadership is at its lowest, with Nazarbayev almost 80 and “retired” and Tokayev not being a natural leader or having real powers. Uzbekistan’s increasing role as a mediator in regional cooperation, which started a few years ago, will most likely be reinforced.

What positive news do you read about the region? What truly attracts you to it?

While the political and human rights situation in Central Asia is far from ideal, in recent years we have seen some positive developments. For instance, Uzbekistan’s opening, which, while far from perfect, is a significant improvement when compared to the Karimov era; the emergence of civil society groups in Kazakhstan like Oyan Qazqastan, Qaharman and others; and small victories for human rights like the freeing of Tajik journalist Khayrullo Mirsaidov or the non-deportation to China of Sayragul Sautbay and others fleeing China’s cultural genocide in Xinjiang.

I believe Central Asia is often an overlooked region that most of the time only makes the mainstream news either through one of its dictators’ antics or some tragedy. But, Central Asia has a diverse and rich history and culture that have helped shape the world we currently live in, being the cradle of civilizations and birthplace of scholars. A fascinating place that is worth discovering. But above all, Central Asia’s greatest asset is its people. Courtesy: Voices on Central Asia

Francisco Olmos is a research fellow of the Foreign Policy Center and specializes in Central Asian affairs. He recently completed a master’s degree in International Relations with a dissertation on Russian, Chinese, and American influence in the post-Soviet republics of Central Asia. Aside from his interest in the region, he has been working as a management consultant in financial services for the last 8 years.

Are we out of our minds?

Raza Gillani Why have we spent the last four years, presumably the most crucial time of ou…