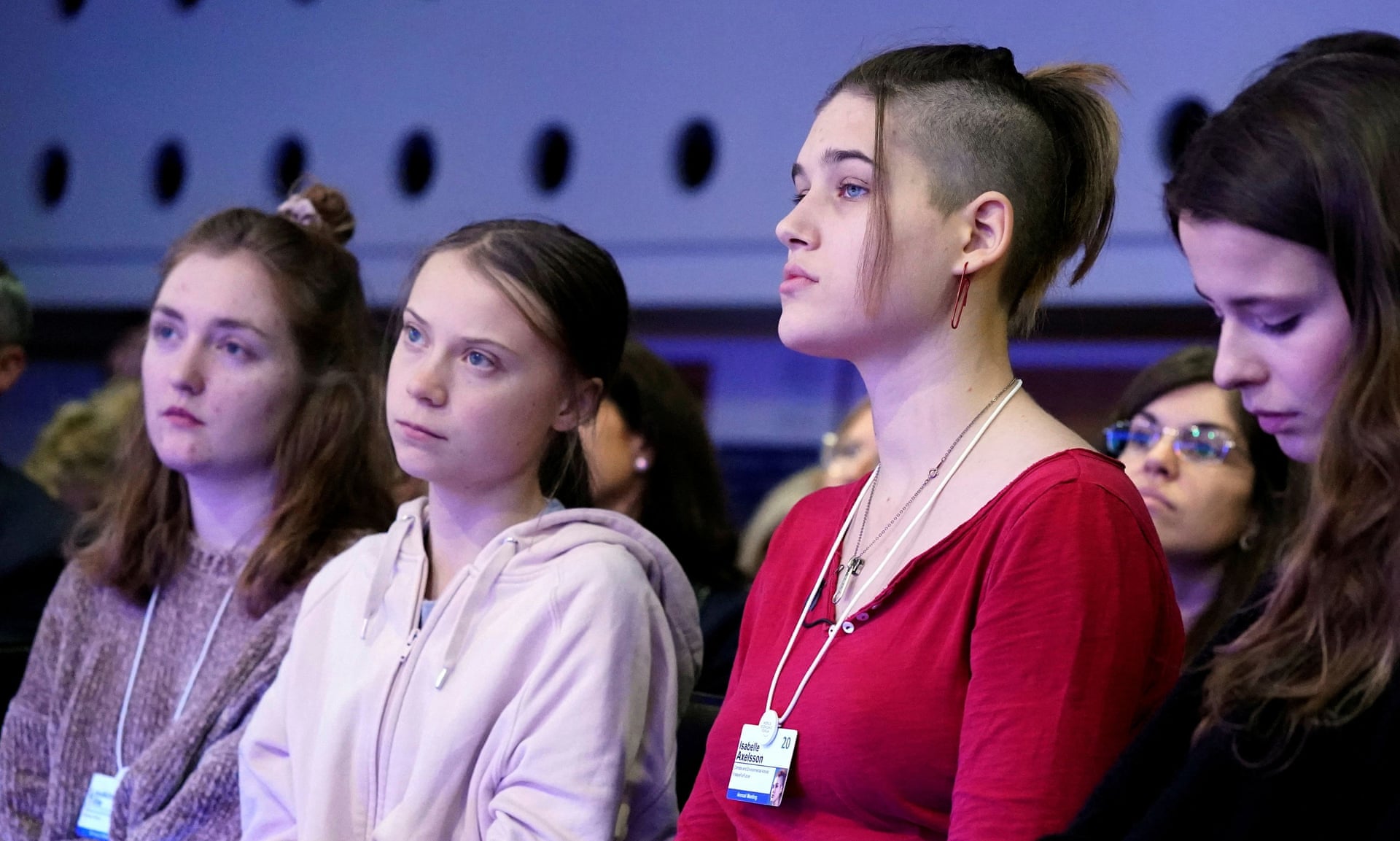 The individuals leading change, and making the largest sacrifices, are all too often the people most threatened by inequality

As we enter 2020 and survey the state of the world, two competing storylines seem to dominate the present.

The first is ruthless, relentless inequality. We see this not only in the imbalance of our economy, but also in our politics and government, in education and expression, and in the ways that our social structures and cultural practices dismiss and disregard people because of their gender, race, ethnicity, ability, and more.

Then there is the corollary: People standing up, speaking out, and fighting back. Young, inspirational figures like Kynan Tegar, Greta Thunberg, and Artemisa Xakriabá are spearheading movements to address the global climate crisis because their future is at risk. And in places like Hong Kong, India, Lebanon, Mexico, Sudan and many others around the globe, ordinary citizens are demanding better treatment, more transparency, greater equality, and human dignity. They demonstrate, time and again, their willingness to sacrifice everything – their time, their efforts, even their safety – in service of a better future for us all.

Unfortunately, the truth is, the courageous individuals leading the change – the people driving the conversation and making the largest sacrifices – too often are the very people most threatened by inequality. And so, I find myself asking: Why is it that those with the least tend to sacrifice the most? How can it be that the most comfortable among us contribute, in relative terms, the least? What crisis needs to befall us in order to act?

To be sure, many with power and privilege already give with extraordinary generosity. As the president of the Ford Foundation, an organization originally endowed by a family of great means, I have seen firsthand how the generosity of a few can affect the lives of many.

But this kind of generosity is too often superseded by the pervasive inequality of sacrifice – which we see both day-to-day and in the data. For example, a survey from The Chronicle of Philanthropy found that, during the Great Recession, American households that earned more than $200,000 reduced their giving by more than 4%, while households that earned less than $100,000 did just the opposite. In fact, as they saw the need increase, they increased their giving, in turn – by more than 4%. And this despite the fact that tax codes in the US, Europe, and other parts of the world have built-in incentives that reward the wealthy for their charitable donations.

Generosity is too often superseded by the pervasive inequality of sacrifice

This all-too-common discomfort with sacrifice is not about good versus bad. The disconnect – and disconnection – follows from isolation and insulation. Separation breeds selfishness, despite the best of intentions.

In the United States, for instance, segregation was outlawed over 65 years ago. Yet, a recent Civil Rights Project report found that America’s schools remain both separate and unequal. We see similar trends of the geographical divide in cities across America and Europe, where a lack of economic opportunity has led to the disintegration of our social fabric.

Restoring unity and trust will take more than generosity and goodwill. Charity, while wonderful, ameliorates the symptoms of inequality, but it does not address its root causes. And we must address the root causes. Keep in mind that large swaths of people around the world are growing increasingly impatient with the status quo, and we with power will feel their ire if we ignore their righteous demands for a fair and just society. So those of us with privilege need to find ways to do more justice. That means not only helping those who are often excluded but also undoing the systems and structures that create inequities and imbalances in the first place. That will sometimes also mean working to transfer our own power and giving up some of the privileges we currently enjoy.

Toward the end of last year, when our foundation hosted a conference on the future of philanthropy, I was struck by something Luis Miranda Jr, philanthropist, and father of the entertainer Lin-Manuel Miranda said about the philosophy with which he was raised. “If it doesn’t hurt,” Miranda argued, “if you’re not not-doing something else, then you’re not giving enough.”

This conception of sacrifice is profound: only when it is uncomfortable or even painful to give do you know that you are giving for reasons beyond your own benefit. And it is worth remembering that, despite this prick of pain, sacrifice has a value beyond what is given up. When you make this kind of sacrifice, you do not give up something for anything; you give up some of your privileges for something far more valuable: justice.

If we want to address the inequality of sacrifice, therefore, those of us with the most ought to recommit ourselves to doing the most. Perhaps that means paying a higher tax rate to finance public goods or wielding our influence to promote inclusive public policies. Or perhaps it means devoting more time, money, and effort toward rebuilding the broken systems that perpetuate inequality.

We all must ask ourselves what system, status, or status quo we are willing to part with to benefit others. Only then – only when we have paired our generous impulses with acts of justice – will we diminish the inequality of sacrifice, and build a better, more equitable world. Courtesy: The Guardian, London

Darren Walker is president of the Ford Foundation