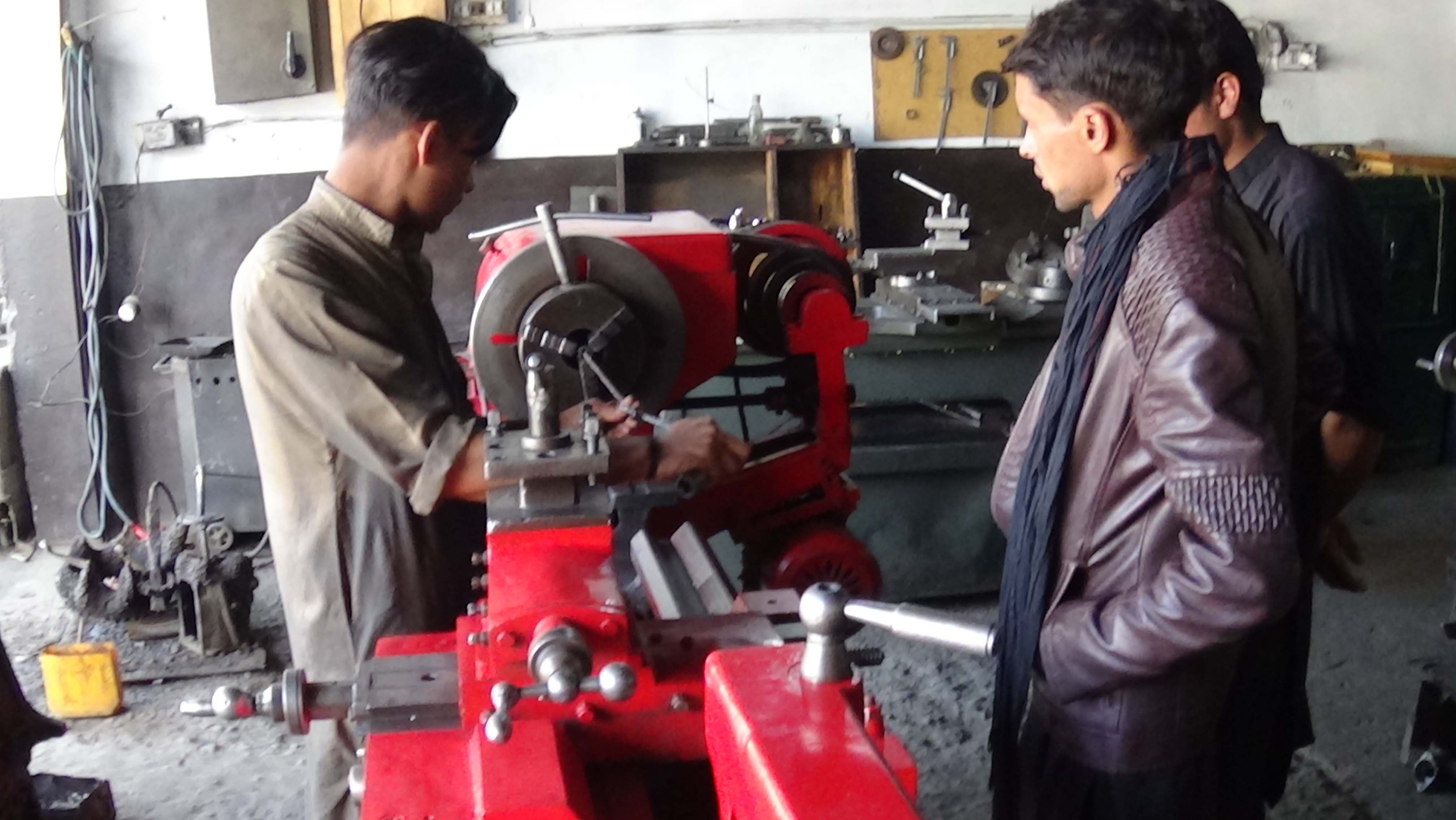 Two young auto-workers at work vulnerable to hazards. Photo by the writer.

CHITRAL: The child labour in extreme unsafe environment has become a norm in Chitral as young mechanics, often of tender ages, are forced to work in auto-repair shops without safety gears. The practice has rendered a large number of children prone to hazards related to their personal safety but sadly, it’s continually being ignored by the government authorities.

Muhammad Ishaq, the president of Motor Mechanic Association, in response to a query, admitted that most of the mechanics at the auto-repair shops were forced to work in insecure conditions. He explained that the mechanics use petrol, diesel, and chemicals all the time during their work and have to do repairing of vehicles by laying underneath the bodies without using gadgets such as helmets, gloves, proper shoes or other safety equipment. A motor mechanic, lost his life sometime back while repairing a car battery that exploded all of a sudden, he added.

The office-bearers of the association, who follow the safety standards for auto mechanics himself lamented that a large number of young people in Chitral is indulging in drugs due to joblessness and lack of opportunities. To provide youth some healthy recreation, he said, a sports tournament, with the help of sponsorship he provided, was organized in the area which was participated by 45 teams.

Young boys and children could be commonly seen working in auto repair shops. While commenting on their plight and how they feel while in stained clothes instead of wearing a neat school uniform, many of them responded that they feel very bad about their situation but finding no other option. They said their parents were poor and unable to send them to school. Besides, they need to support their poor families.

Some of the children exclaimed that they will be happy to go to school if the government or any NGO was there to support then in bearing education expenses with some financial help to their parents for the basic survival of the family.