Activists of women’s and human rights organisations have condemned misogynist, sexist and provocative rants of government’s top lawyer and sought an unconditional apology from him.

In a joint statement, activists of women’s rights, literary, cultural, youth, and legal groups, academia, have expressed outraged and condemned the highly derogatory, inflammatory, sexist, and misogynist remarks made the other day by Farogh Nasim, the government counsel, during the hearing of a presidential reference against Justice Qazi Faez Isa in the Supreme Court of Pakistan.

As reported in the mainstream print and electronic media, when the SC bench asked Mr Nasim to explain under which law a judge was personally obligated to declare assets belonging to his spouse, who is an independent taxpayer, he could not quote any valid law or legal obligation, and instead resorted to quoting verses from the Quran. 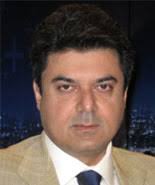 When the judges asked if Mr Nasim was implying that this eliminates the independent legal status and capacity of women under Pakistani laws, he provided no legal response and did not retract his previous statement.

“We strongly condemn Mr Nasim’s legal and intellectual dishonesty, misuse, misappropriation, misrepresentation of the Quranic text and context, falsely attempting to create the illusion of a legal argument where none exists. This case is far too important in the history of Pakistan’s judicature, and the development of its jurisprudence, for it to be perniciously diverted and misguided into insignificance. Mr Nasim has abused his professional duty to assist the SC but instead is trying to mislead it into assailing and demoting the legal status and capacity of Pakistani women.

The Quranic verse Mr Nasim quoted, does not eliminate, or even limit, women’s legal independence regarding their personal financial matters. All schools of Islamic jurisprudence are unanimous in their assertion that women have the legal capacity to deal with their own financial and property matters independently.

In his classical work titled “Muhammadan Law” (Volume-2), the renowned scholar, jurist and authority on Muslim Law, Mr Justice Syed Ameer Ali, for the purpose of Islamic jurisprudence in South Asian Subcontinent, explicated that marriage is essentially a contract between two parties, and does not automatically give the parties the right to each other’s property; that the legal capacity of the wife is not subsumed under that of her husband; and that the wife retains full power to use and dispose of her property at her discretion, even to the extent of entering into contracts without her husband’s consent or permission. He had clarified that a woman is not under her husband’s legal guardianship, and may even sue him.

No legal practitioner, much less an advocate of the Supreme Court acting on behalf of the government, could possibly be ignorant of the above rights – well established in Fiqh and protected by the Constitution of Pakistan and the laws operating under it. Furthermore, Mr Nasim appears to have forgotten that non-Muslim women are also equal Pakistani citizens, with constitutional and legal rights. Thus, his crude attempt to mislead the court with such Machiavellian exploitation of religion in a purely legal case is a coldly calculated, deliberate attempt to muddy the waters and to divert the court towards a dangerous direction in the current milieu in Pakistan.

They have demanded that at the next hearing, Mr Farogh Nasim must publicly acknowledge, apologise for, and retract his dishonest, fallacious arguments; as well as publicly reaffirming, in open court, his recognition and acknowledgement of the legal, constitutional status and capacity of adult married Pakistani women to deal with their financial and property matters independently of their spouse.