Gilgit: As the number of coronavirus continues to rise, civic, social and economic life comes to grinding halt in Gilgit-Baltistan with the closure of markets, shops, hotels, parks and ban on religious, public and social gatherings with eight more people test positive for the COVID-19.

They confirmed to The High Asia Herald that the GB government had taken strict measures to contain the spread of the virus. 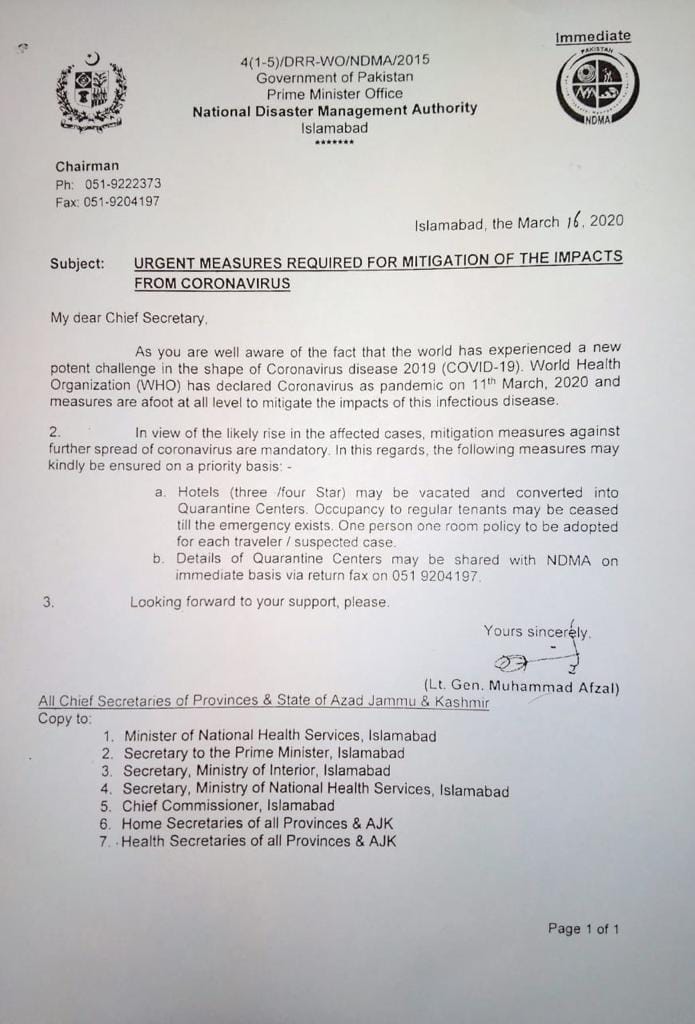 Pilgrims coming from Taftan, Balochistan, and other infected countries have been kept in makeshift quarantines and incubation centres set up in hotels, motels and guest houses in Skardu, Nagar and Gilgit for screening and care, they said.

Samples of the eight patients were tested at the DHQ Hospital. They were immediately shifted to an isolation room after the coronary virus was confirmed, the official said.

Earlier, blood samples of the suspected patients were used to be sent to the National Institutes of Health (NIH) in Islamabad. Now all the tests are being conducted by expert doctors at the District Headquarters (DHQ) Hospital, Gilgit, the secretary, health Raja Rasheed said.

The Gilgit-Baltistan government has decided that people returning from Iran and other affected countries will be temporarily housed in quarantines made in private hotels, motels, and guest houses.

Meanwhile, the Gilgit-Baltistan administration under section 144 has banned all kinds of public gatherings, rallies, demos, festivals, and religious congregations, in view of the alarming spike in the number of the COVID-19 cases.

According to the notification, all types of sports tournaments, practices, recruitments, interviews, and exams have also been postponed.

The notification further read that the hoarding, profiteering and overcharging of facemasks, gloves, and sanitizers have been prohibited. 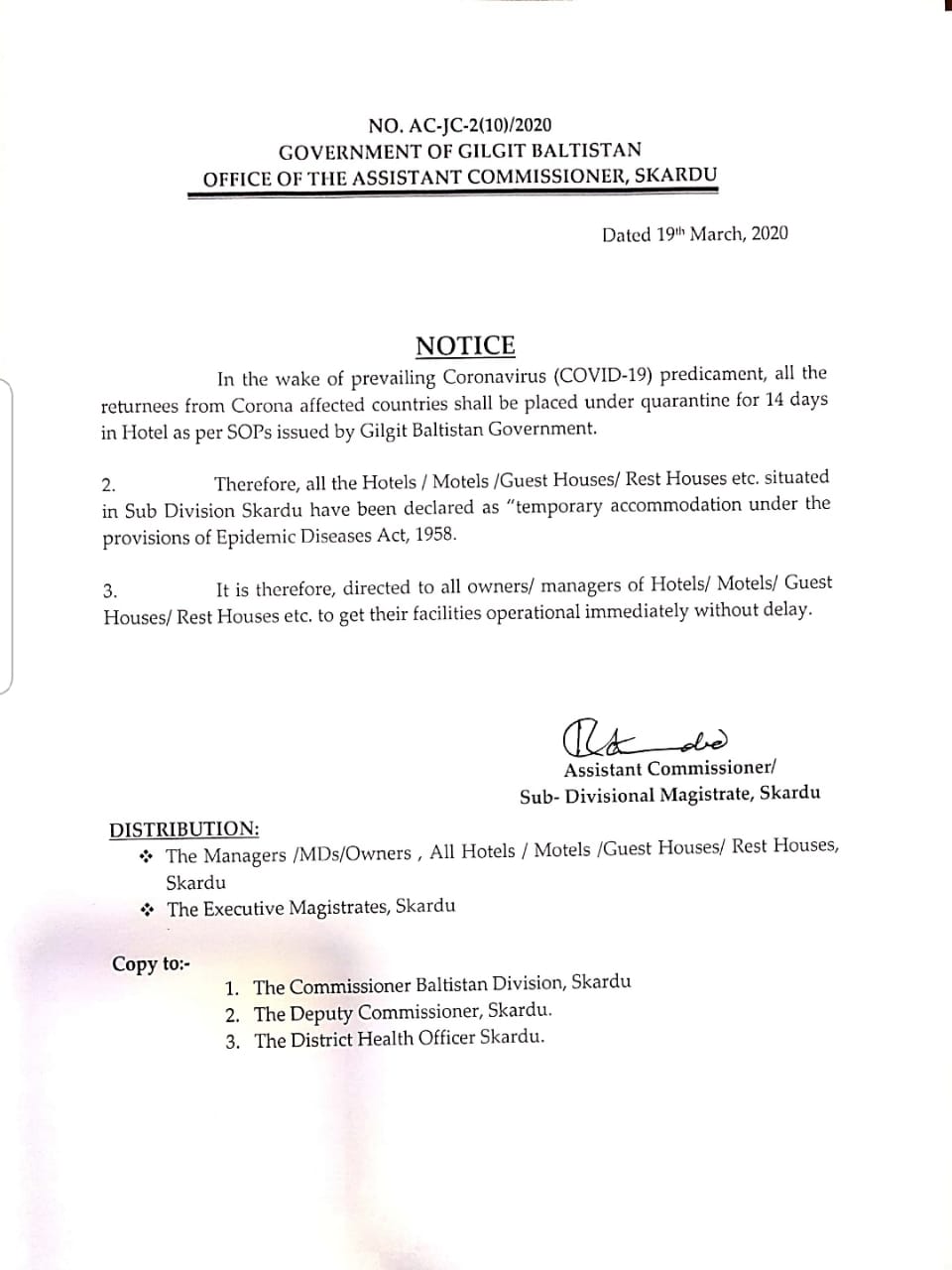 The administration of Skardu District has also followed suit and taken over all private hotels, motels, restaurants and guest houses turning them into temporary quarantines and incubation centres, where people coming from Iran and other affected countries will be screened and kept for two weeks.

Gilgit-Baltistan government spokesman Faizullah Faraq, when contacted for verification, confirmed the decisions and told The High Asia Herald and Baam-e-Jahan that entry of tourists to GB had been banned for 21 days in order to prevent the spread of the CoVID-19.

Secretary Information Fida Hussain also urged the people to follow the guidelines of the health department so that the spread of the virus could be contained.

He has also appealed to the relatives of all those patients who have tested positive to avoid visiting them.

The secretary information said the government was doing everything possible to raise awareness of the spreading of the virus through media, national broadcasting, local cables and newspapers.

The virus has spread to over 100 countries so far and infected more than two million people. The outbreak has so far killed more than eight thousand people. About 300 people have been infected with the virus so far in Pakistan and two deaths have been reported in Khyber-Pakhtunkhwa.

While Pakistan government, except Sindh government, and all major political parties are yet to demonstrate seriousness to deal with this global pandemic, the leftist Awami Workers Party has come up with a people’s response plan both in English and Urdu to deal with the coronavirus emergency which includes both an immediate public health plan to contain the virus and a mitigation plan to deal with the economic crisis and to save the most vulnerable segments – the poor, the working class, the aged and sick people as well as the health workers from the brunt of the CODVIC-19.

Inayat Abdali is a teacher, activist, and correspondent of High Asia Herald/TV and Baam-e-Jahan in Gilgit