11 passengers injured; 16 army personnel among 37 passengers were traveling in the bus from Skardu to Rawalpindi

GILGIT/Islamabad: Army personnel among 26 passengers killed in a bus crash at Babusar, near Chilas, police and rescue and disaster management sources told The High Asia Herald.

At least 11 passengers, including women and children, were injured, said the Diamer police spokesperson Mohammad Wakeel. The bodies and the injured have been shifted to Chilas District Headquarters Hospital. Most of the injured are in critical condition, a source in the hospital said.

The Mashabrum company bus (BLNA-1495) with 37 passengers on board, including 16 army personnel, was on way to Rawalpindi from Skardu.

The vehicle crashed into a mountainside at around 7:30am when the driver lost control of it at Geetidas near Babusar Pass in the Diamer District of Gilgit-Baltistan, the sources said.

Rescue 1122 and police teams reached the spot and retrieved the bodies and the injured and shifted to the Chilas DHQ hospital.

The police said apparently the bus driver fell asleep while driving and hit a cliff.  However, an investigation has been launched to ascertain the cause of the accident.
The injured passengers are reportedly in critical condition, the spokesperson said

According to rescue and disaster management sources the deceased, identified so far are: Akhtar Ismail, a resident of Ghanche District; Sheikh Muhammad Ali Rgyula and five members of his family; Sakhawat, a resident of Qumrah, Skardu, and his wife are among the deceased.

The identities of a woman from Ghanche and five passengers from Skardu are yet to be ascertained, he added.

Majority of the passengers were most probably going for Ziarat in the Middle East.

“We are in the process of collecting complete details of the passengers as no proper list has been maintained by the bus company,” an official of the Gilgit-Baltistan Disaster Management Authority (GBDMA) told The High Asia Herald.

The emergency control room (05815-920200), he added, has been made operational for collection and dissemination of information to the families of passengers.

The busiest Chilas-Naran road frequently used by tourists remains open from June to October. It is closed following heavy snowfall at Babusar top.

It was the second major accident in the rugged mountainous region in over 20 days.

Last month, 40 people were killed after a bus carrying 40 passengers plunged into a ravine when a bridge collapsed near the Kandia tehsil in Upper Kohistan district on August 30.

All the passengers belonged to the same family and were travelling to attend a function.

“I have continuously been observing for the last many months the increased rates of road accidents in the rugged tough terrain of Kohistan. These accidents have killed many people,” commented Zubair Torwali, a language activist, writer, and columnist from Bahrain, Swat, in a post on his Facebook page. 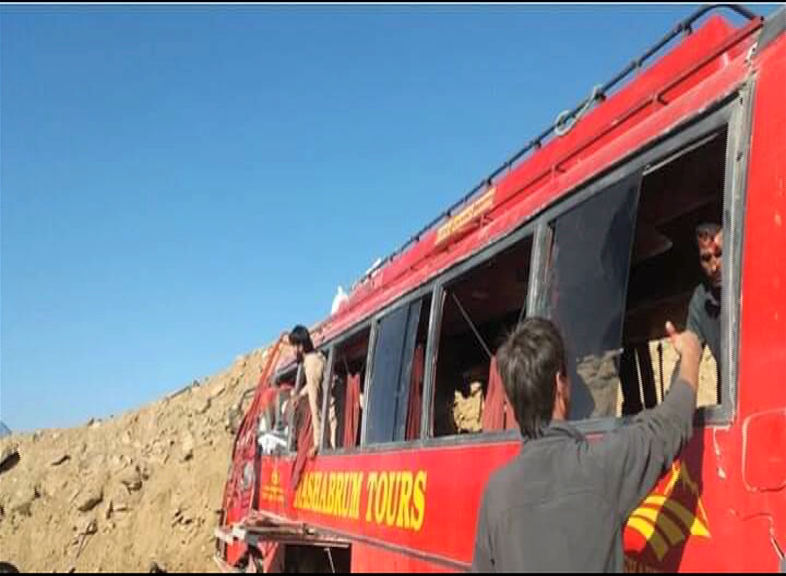 Kohistan, according to Zubair, is the most neglected region in Pakistan with the lowest HDI. It has continuously been ignored by the successive governments.

In October 2018, over 20 passengers were killed when a passenger bus fell into a deep gorge while travelling on the KKH in Kohistan’s Lotar area.

The bus was headed to Rawalpindi from Gilgit-Baltistan’s Ghizer District.

Rescue and affected people face tremendous communication problems in such situations due to non-availability of mobile network and emergency ambulance service in the rugged terrain of mountainous areas.

K2 is beginning to look a lot like Everest

When 145 climbers summited K2 in a single record-breaking day last week, it made the secon…