Over 20,000 tourists and spectators enjoyed the three-day Shandur festival that ended on Tuesday amid dance, music, and paragliding show

CHITRAL, July 9: Chitral retained its title and won trophy sixth consecutive time beating Gilgit-Baltistan by 6-5 goals after the sensational contest on the final match on Tuesday.

In the first half, Chitral-A scored five goals against two goals of GB. However, in the second half, GB-A displayed excellent game and scored three more goals. At one point it seemed that they will demolish Chitral-A’s supremacy. However, Chitral-A team’s young player Izhar Ali Khan scored the decisive goal to maintain his team’s sixth consecutive victory.

He hit the ball five times in the goal and proved his talent emerging as the potential contender for the team’s captaincy next year. He was declared ‘Man of the Match’ for scoring five goals.

In a surprising move, the lower Chitral District administration had named Izhar Ali Khan as captain of Chitral-A team replacing the longest ever captain Shahzada Sikandarul Mulk, who had been leading the team since 1986.

He lodged a protest and announced to boycott the festival. He also launched a campaign on social media forcing the district administration to withdraw its decision. 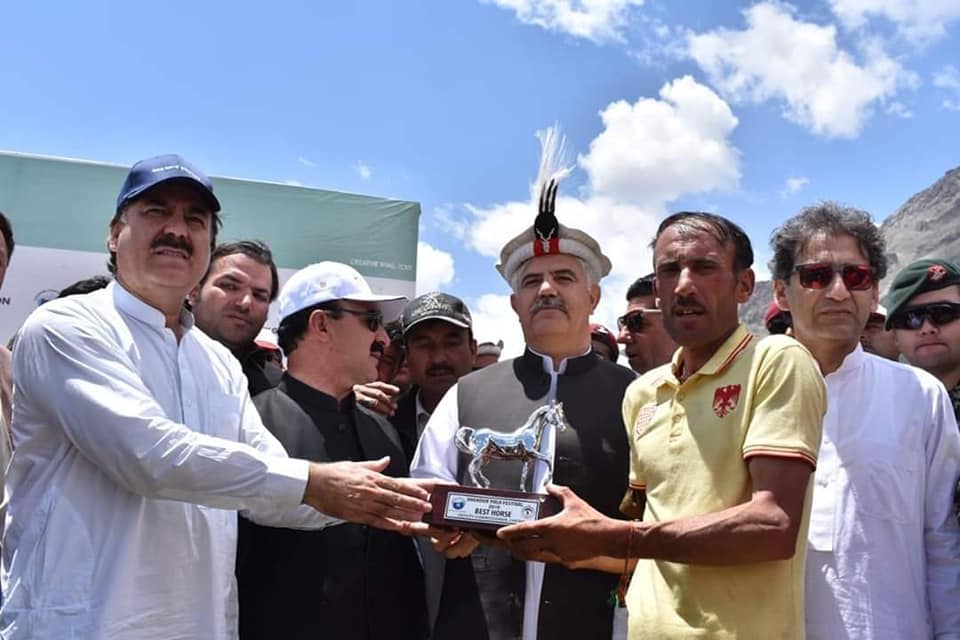 Earlier on the second day of the festival Chitral-B beat Gilgit-B while Gilgit-C defeated Chitral-C. In the first encounter of the day, Chitral B produced a beautiful game as they beat Gilgit B by 9-5 while Gilgit C remained dominant and beat Chitral C by 6-2 goals.

The festival has now gained international fame. Every year thousands of domestic and foreign visitors come to Chitral to watch the grand gala.

This year over 20,000 tourists converged on the highest polo ground to enjoy the traditional freestyle polo displayed by 10 teams from Chitral, Mastuj, Laspur, Ghizer District and GB.

The folk artisans showcased the traditional music and dances from Chitral and Gilgit-Baltistan; entrepreneurs had displayed their products, besides polo game, and adventurous activities in the gala.

Firework, kite flying, and rafting in Shandur Lake were also enjoyed by the tourists during Shandur, an annual event hosted every year in the first or second week of July since 1936.

The paratroopers of Special Services Group performed paragliding and free-fall from 10,000 feet height and received applause from the spectators. A tent village had been set up for tourists.

Corps commander of the 11th Corp Lt-Gen Shaheen Mazhar Mahmood who was the chief guest in the final match distributed trophies and prizes among the teams. 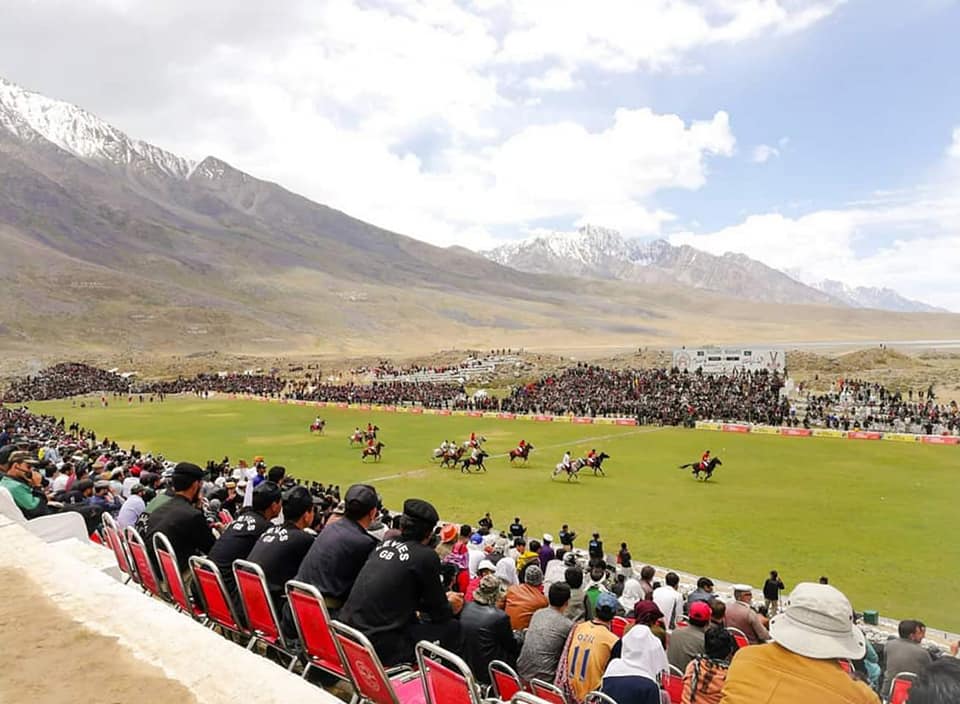 The festival was inaugurated by Khyber-Pakhtunkhwa Chief Minister Mahmood Khan who was the chief guest at the opening match played between Laspur and Ghizer District teams. He said the present government is committed to encouraging sports and other healthy activities in the province.

“This festival has provided great thrill and enjoyment to tourists, spectators, and fans of the polo game,” Atif Khan, senior minister of tourism KP, said in a statement.

Meanwhile talking to media, the minister said that the provincial government was working to gradually enhance facilities in Shandur to facilitate tourists and plans to launch winter sports.

“I spent three days and really enjoyed it, the arrangements were fabulous and weather was very much pleased,” Faheem Wali, a senior advocate of Peshawar High Court told Anadolu Agency.

“I visited here several times before but have never seen such a crowd in Shandur like this, and we all really enjoyed it,” Qazi Jalal, a resident of Peshawar commented.

He suggested that the government should outsource the arrangements for next year to provide better facilities to the visiting tourists.

However, most of the tourists were complaining about the worst condition of the roads and demanded the government to build these roads on an urgent basis.

“The government should build the roads and develop this place as a tourist resort,” Wali suggested.

The polo ground is situated at an altitude of 12,305 feet (3,751m) above sea level. The Shandur plain is 17km long and 10km wide. The pristine water of Shandur Lake near the polo ground is another attraction for the tourists.

The polo festival was first started hundreds of years ago at Mass Janali ground, (In Khowar language Mass means full-moon night and Janali means ground) where the former rulers of Chitral and Gilgit-Baltistan would play polo.

The polo festival became a regular annual event after the 1980s. It has now become one of the major cultural and sports events not only in KP but also at the national level.

Karim Ullah is Bureau Chief of The High Asia Herald and Baam-e-Dunya of KP and Chitral.