We are at a critical juncture at this moment in time facing a growing disillusionment with current economic and political order that has dominated the world for quite some time. Growing concerns about climate change, rising income inequality, polarization, populist nationalism, and unending military conflicts are being viewed as a direct consequence of this economic and political order that was historically erected by the colonial empire and maintained by the great games that the empire played to promote its economic interests and maintain its global hegemony.

The ‘development’ project is also seen by many as part of these games that the empire played to convert subsistent economies into market economies through Official Development Assistance, technical guidance, and institutional development. In this context, ‘development’ as it is known and experienced is now being questioned and contested.

Parallel to this disenchantment with neoliberal capitalism has been the rise of new economic powers such as China and Russia that are questioning the hegemony of the North while the North itself is turning inwards confounded by its own internal divisions.

Information and communication revolution and the rise of social media has added to the growing chaos while also contributing positively by challenging the status quo, initiating powerful democratizing movements across the world, creating the rise of feminism, and increasing the outreach of civil society in stroking the consciousness of the general populace on various issues including climate change.

In this context of rising turbulence and chaos, we are at the crossroads of history facing a stark choice between the survival of unregulated capitalism through the empire and the survival of life on Earth.

It is time to question the idea of development and revisit the content, focus, and scope of international development. Time is also ripe to search for a new decolonised and a more pluralist development paradigm.

These issues were deliberated upon by scholars, academics, development practitioners, and students at a workshop held recently in Ottawa University, Canada.

The purpose of the event was to create space for scholars, development practitioners, thinkers, and students to share their thoughts through open, critical, and cross-sectoral engagement and to facilitate the creation of networks for collaboration on research related initiatives. 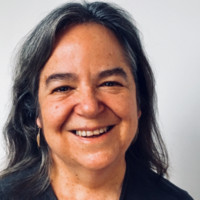 Molly Kane, Executive Director, Council of Canadians in her keynote talk on “A Changing World: Emerging World Politics and (Dis) order”, shared her insights on the question of future of development studies and the need to search for a more decolonised and pluralistic paradigm.

While providing a snapshot of her journey into the field of development studies, Ms Kane shared how experiences led her to question the international development institutions, especially the aid industry, in defining the common understanding of social solidarity. She related her experience working with African Social Forum in Bamako and listening to the indigenous social activist groups from all walks of life and regions in Africa. No one in these deliberations mentioned that Africa needed more aid.

This observation was directly in conflict with Canada’s international development strategy at that time which was primarily centered on increasing aid to reduce poverty. This led her to delve deeper into the political economy of aid and the assumptions underlying the notion of aid as a panacea for development.

She emphasized that the development project itself is historically contested in that it is Eurocentric, based on white supremacy, and aimed at increasing corporate profits in the North.

“This development project inspired by neoliberalism and capitalism led to the structural adjustment programs in the South and austerity in the North. The logic of aid in this development thinking was that we can generate a surplus out of the system that is impoverishing people and damaging the environment and with that surplus, we can fix the damage.

“This thinking measures international solidarity and care by the amount of aid and it deals with the crisis of capital and not with the crisis of human beings that is created in the process of increasing commodification of societal relationships and the development process. This is the logic that we have a difficult time challenging,” Ms Kane emphasized.

This logic talks about poverty and not impoverishment and it translates solidarity into white savior complex reinforcing white supremacy and racism into the development project based on capitalism where growth is considered synonymous with corporate profit and any challenge to this logic is dismissed as unrealistic, she quipped.

Quoting the African-American civil rights activist, Michelle Alexander on the mindset of resistance and linking it to the emancipation movements across the world, Ms Kane favored change over resistance because resistance persists while change overcomes.

She offered some insightful suggestions on the future of development studies.

“We need to interrogate how we know what we know. To break the circle of capitalism, we need to let go off the logic of capitalism and the need to be correct in our conclusions,” she suggested.

We need to risk the uncertain territory of imperfect but real social invention. Let us be bold to let go off the logic that insists that we need to build pipelines to finance clean energy and that we need to tax war to build peace, she suggested.

“Today, in the face of the rising tide of racism, ecological collapse, and nationalism, our future is possible only if we can live as humanity and we are only humans if we are all humans,” Ms Kane remarked.

Capitalism and the system that we live in limits our imagination and that recognition is important to liberate our imagination, she argued and suggested: “We need to embrace realism and recognize that no single leader or ideology will deliver us. Perhaps what we need more of today is ‘Feral Politics’ which is the politics of defending the best possible future for humanity.

“Universalist humanity is the path that we must struggle to build the best possible future for humanity,” Ms Kane concluded

Earlier, Carolyn Laude, Senior Policy Analyst, Indigenous Services, Canada, in her opening presentation invoked the pluriversal worldviews of the Indigenous community and shared her understanding of how the distinct worldviews by indigenous peoples can be interwoven with western ways of thinking to facilitate the process of reconciliation.

“Relational worldview is in stark contrast to the western worldview that is inspired by ‘colonialist consciousness’ and is based on hierarchical ideals of power whereby men reside at the top and nature is a thing to possess.” –Carolyn Laude

There are two key features of Indigenous way of thinking that Ms Kane emphasized in particular: the relational worldview of the Indigenous people that emphasizes spirituality and respect for the ancestors, place, ecology and; a belief in ‘power with’ as opposed to ‘power over’ nature so that humans are not considered superior and all forms of life are valued equally.

This relational worldview is in stark contrast to the western worldview that is inspired by ‘colonialist consciousness’ and is based on hierarchical ideals of power whereby men reside at the top and nature is a thing to possess.

“Nth Eyed seeing and Pluriversality are common approaches prevalent among the indigenous community emphasizing human relationships, connectivity, and respect for diversity in views and perspectives”—Carolyn Laude

Ms Laude also brought into focus the Nth Eyed Seeing and Pluriversality as common approaches prevalent among the indigenous community emphasizing human relationships, connectivity, and respect for diversity in views and perspectives. These approaches built on spiritual tradition and love, offer opportunities for partnership and reconciliation but this can only be achieved through the creation of an ethical space in which liberal epistemology is no longer the dominant approach.

“Inclusion of indigenous voices and worldviews at local, national, and global levels is critical in going forward towards reconciliation,”

She highlighted the historical complicity of liberal democracy in failing to provide the ethical space that treats indigenous worldviews and epistemological frameworks on the same level playing field as those of western origins. Inclusion of indigenous voices and worldviews at local, national, and global levels is critical in going forward towards reconciliation, she concluded. 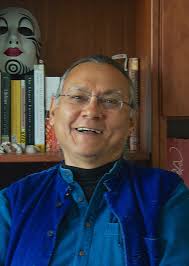 Jai Sen, the co-organizer in his welcome remarks emphasized that the workshop was particularly directed to students who hold the reign to future discourses and actions.

While providing a context to the workshop, Jai informed the audience that the major objective was to open space for the exchange of ideas and perspectives on the changing sphere of the world and the chaos that accompanies this turbulent period.

“The empires and the ‘great games’ they played, contributed to the phenomenon that we now refer to as the climate change,”—Jai Swn

Mr Sen informed the audience that the word “Games” refers to a term coined in the 20th Century for the games that Britain and Russia played over the control of Asia. Although the two empires collapsed, a new empire led by the US emerged and played its games. This empire is now being dismantled and replaced by other emerging empires including China, India, and Brazil, etc. These empires and the great games they played, contributed to the phenomenon that we now refer to as the climate change. What makes this era important and interesting is that Mother Nature is now an actor and a force to reckon with.

Mr Sen emphasized that we live in a time of enormous flux, and change will come through our engagement at all levels: personal and institutional. He also highlighted the fact that there is no one single path to freedom and that we need to consider all perspectives from different groups including those of marginalized and subaltern groups.

Susan Spronk, the Interim Director of the School of International Development and Globalisation, admitted that we live in tumultuous times. There are challenges but also opportunities that must be seized to define a new era. (to be continued)

Fayyaz Baqir is a visiting Professor at the School of International Development and Global Studies (SIDGS) at the University of Ottawa, Canada. He served as Senior Advisor on civil society at the United Nations, and CEO of Trust for Voluntary Organizations. He received top contributors’ awards from UNDP’s Global Poverty Reduction Network.