How are we to inhabit a world ravaged by the Modern? To Bruno Latour, the triple crises of climate change, migration, and rampant social inequality share a common root: the increasing concentration of value in fewer hands. He describes the global elite’s realization since the 1990s that the fruits of modernity cannot extend to all humanity on this finite and degraded planet, and their decision to betray their fellow humankind along with all species of Earth. The elite chose to accelerate processes driving the crises for short-sighted personal gain. So, how do we exist in this place, this outcome of that decision? Latour argues we must “come down to earth,” radically rethinking how we orient ourselves in the world and through discovery of how our existence is tied to others. We must (re)consider with whom we will share resources and create “dwelling places.”

Climate Justice and the Modern 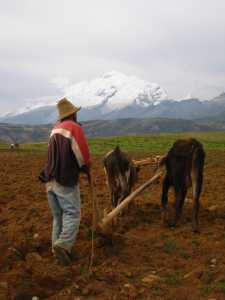 We see a resonance between Latour’s diagnosis and critique from climate justice activists of uneven, unjust, and ecologically devastating global development. While the language differs, the climate justice movement in its variegated guises also urges us to critically and compassionately rethink both the distribution of impacts and benefits of the processes driving climate changes, and the wider relationship between humans and the world in which our existence is embedded.

Latour rehearses a familiar argument: the Modern is an artefact of our times, an outcome of particular historical moments. Because it relies on a distinction between Nature and Society, a separation between humans and their surroundings, the Modern has been a driving force in Earth’s exploitation. The current crises make it all too obvious that such a conceptualization can no longer be sustained. Instead of seeking to return to an illusionary Local or Tradition— as the opposite of the Global or Modern— Latour suggests that we reorient our mode of dwelling toward the “Terrestrial”: that we become rooted in soils, places, and networks.

But what does such a rooting look like, far from the Burgundy soils of Old Europe where Latour crafted his reply to the current state of affairs? What of the many who have never been part of the modernization project? Our own work in Peru and Tanzania has taken place among communities far from mainstream modernization. Modernity— in the guise of colonial masters or post-colonial extractivist or development States— was never really about them. The vanishing glaciers of the Cordillera Blanca in Peru and the few remaining patches of ice on Mt. Kilimanjaro link in intimate and culturally specific ways to local lifeworlds and social imaginaries. Their destruction stand as the expression of how the Modern operates both as a horizon of development and as a force, which crushes dwelling places in the Latourian sense. The sharp edge of modernization falls on these communities in ways that disrupt rooted networks. It is here that the extraction of capital N “Nature” enables Modern, or imperial, modes of living in the global north.

Epistemologies of the Critical Zone

This extraction and the acceptance— or indifference— to its devastating consequences are themselves enabled by an epistemological regime that has come to be associated with the Modern. Objective, external, and disinterested knowledge, as opposed to subjective, situated and sentimental. This is what allows climate scientists to dryly remark, “Oh well, the planet will be fine,” when discussing our global environmental predicament. Through removing ourselves from Nature, seeing it from a distance and observing the slow increment in global atmospheric concentrations of greenhouse gasses, we remain unaffected. This, Latour argues, is why we need to reorient our thoughts about knowledge and science— to take seriously knowledge that allows for affect and politics.

When climate scientists measure stream flows or ablation rates, complex processes are distilled into numbers, which travel well between locations. Flows measured in cubic meters per second or recession rates measured in meters per year communicate a particular version of reality, which hinges upon a problematic separation between an external world and human beings. The point is not that we should throw science away. The project is not one of becoming less knowledgeable about the world, but to allow for that knowledge to take root and become anchored in places and networks. To understand the world in a different way, we need sciences that are positioned differently. We cannot understand and therefore, we cannot remedy climate change if we do not understand nature as a process in which we are enmeshed, and one which in itself requires that we confront different kinds of knowledges. To Latour, the sciences of nature as process— which, for our specific concerns, would include glaciology and hydrology— cannot assume a “lofty and disinterested epistemology,” but must be prepared to exist in a world of controversies.

The aim is for science and politics to be able to link social struggles to ecological struggles. In a world of dependencies, where different beings, actors, and agents are interconnected in systems of engendering, the distinction between nature and society becomes impossible to uphold. Latour is interested in the diagnosis of major diplomatic events: the Paris agreement in 2015 and President Trump’s later withdrawal from it that reveals that climate is being re-politicized. To the people that we have been working with in the Andes and Tanzania, the struggle to connect ecologies and politics, to connect other forms of agencies and beings, is real and everyday. To learn about their way of being terrestrial could reveal other ways of thinking about engendering connections in the Critical Zone, that thin layer which can sustain life on our planet.

“Down to Earth” is a provocation. It invites its readers to become terrestrials, to assess their needs, wants and desires, and how these conflict with the needs, wants and desires of others. It sketches out a possible exit-plan, a way of thinking economic, social and ecological relations in new ways that are attentive to our presence and entanglement in the world. But if this is to become more than a linguistic exercise on where we would like to land and with whom we would like to share, we need a different kind of commitment. We cannot trust the apparent forces of self-organization of the terrestrials, which might be implied. As Latour himself identifies, global elites are becoming ever more efficient in hoarding resources for their own good. Surely, their needs, wants and desires run counter to those of most other beings, human and otherwise. Our horizons have ceased to be shared.

Whose attention is Latour then seeking? Surely not the many people who mobilize climate justice discourse and vocabularies across the planet, struggling to stave off extractivism and other projects of ‘development’ that tend to enclose or destroy local environments while siphoning value. They have found— and are actively defending— their place and those with whom they share it, against the forces that drive the triple crises of climate, migration and ravaging social inequality. Latour’s analysis of a triple crises with a common root is familiar to many of these activists who share the view that the planet is not able to shelter modernization. It is also not likely a text directed at the people who are turning toward the local out of a feeling that the Modern is passing them by. Rather, Latour is seeking the attention of people like us, the upper middle classes of what has been called “the West” who have to a large extent benefitted from the Modern, demanding that we declare our allegiance to the terrestrial and join the struggles of those seeking to defend it. This book may open up a space for a productive dialogue. It is perhaps no coincidence that “Down to Earth” was released within days of the latest diagnosis of our time by Bill McKibben in The New Yorker, entitled “How Extreme Weather is Shrinking the Planet.” The climate justice movement and Latour have a shared analysis, if not language, and both invite us to engage in the struggle of our time.

This feature was first published on GlacierHub in december 2018.