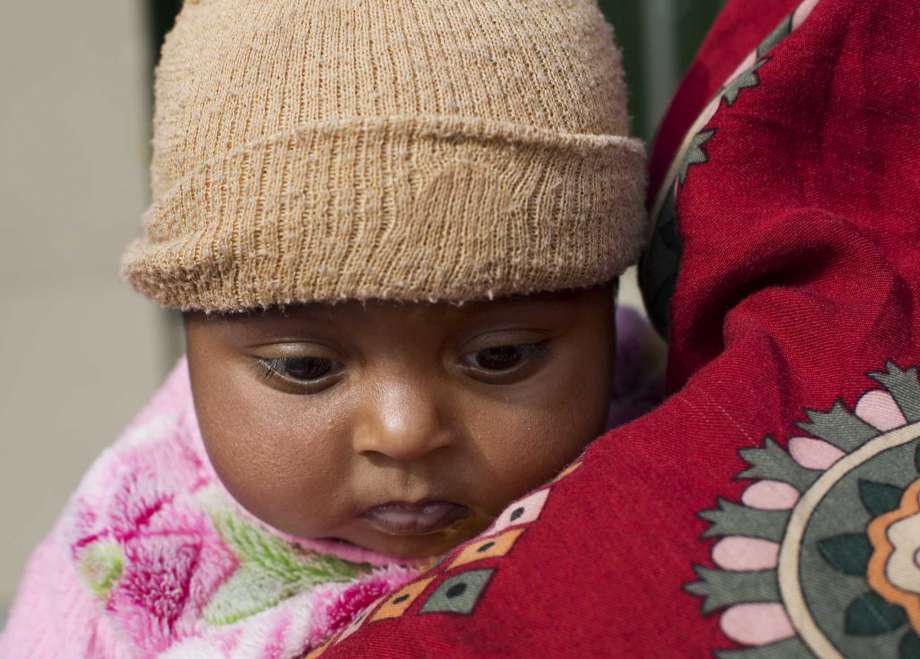 In the neonatal intensive care department of an Islamabad hospital, scrawny infants struggle for survival — victims of a vacuum in resources and education in the country with the highest newborn mortality rate in the world.
“In Pakistan, a baby dies every second minute,” says Haider Shirazi, head of the neonatal department at the Pakistan Institute of Medical Science (PIMS), the largest health facility in the capital.

The UN children’s agency in a report released Tuesday (Feb 20) singled out Pakistan as the riskiest country for newborns, saying that out of every 1,000 children born in Pakistan, 46 die at birth.

Newborns in the Muslim giant, with its rapidly growing population of 207 million inhabitants, face a one in 22 chance of dying in their first month, a UNICEF report released Tuesday showed.
That makes it worse than neighbouring war-torn Afghanistan, as well as the Central African Republic and eight other sub-Saharan African countries, which are often unstable and struggle with desperate poverty.

“We don’t need front-line medical doctors. We have plenty of them. We need skilled midwives.”–Dr Ghazala Khalid

The report, with its dismal figures that show South Asia and sub-Saharan Africa as the worst places for a child to be born, is part of UNICEF’s new campaign, launched to raise awareness to bring down neonatal mortality rates.

Henrietta H. Fore, UNICEF’s executive director, said after the report’s release that though the world has “more than halved the number of deaths among children under the age of five in the last quarter century, we have not made similar progress in ending deaths among children less than one-month-old.”
“Given that the majority of these deaths are preventable, clearly, we are failing the world’s poorest babies,” she said.

At the other end of the scale, Japan, which has spent decades guaranteeing the conditions necessary to protect the lives of babies, only lost one infant out of 1,111, according to the UNICEF report.
The ranking is embarrassing for Pakistan. The country is proud of its economic growth rate and expanding the middle class, but in the last ten years has spent just 0.5-0.8 percent of its GDP on healthcare.
“It’s only a tenth of what WHO (the World Health Organization) requires,” says Kennedy Ongwae, a Kenyan doctor working for UNICEF in Islamabad.

Pakistan is proud of its economic growth rate … but in the last ten years has spent just 0.5-0.8 percent of its GDP on healthcare

At PIMS, says Dr Shirazi, there are 15 ventilators for newborns — but PIMS is not representative of hospitals in Pakistan.
“In a lot of other parts of the country, they don’t (have such equipment). And when the babies are infected, they die…The health budget is so pathetically low that we can do nothing with it.” 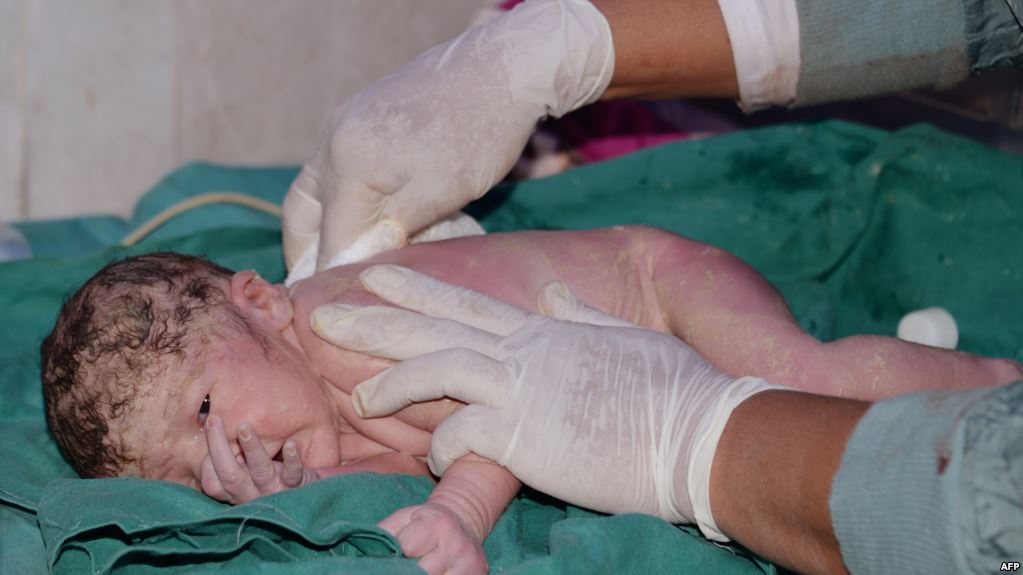 Inadequate funding is just one of the challenges. Pakistan, a deeply conservative patriarchal Muslim country, also struggles with a complete absence of sex education, family planning, health education for mothers, and healthcare training.
As a result, it has the highest birth rate in South Asia — around three children per woman, according to the World Bank.
But malnutrition and ignorance coupled with little in the way of birth spacing, or allowing a woman’s body to rest for at least 18 months between pregnancies, make many of the babies particularly fragile, says Dr Shireen Gul, head of the intensive care unit at PIMS.
“This baby weighs 1.1 kilograms, (this one) 1.4 kilograms, and 1.2 kilograms,” she recites, indicating three tiny bodies, her voice almost drowned out by the beeps of incubators.

In Pakistan, it is one nurse to eight infants

In the developed world, she says, neonatal units have one nurse to one or two babies. In Pakistan, it is one nurse to eight infants.
“Many babies here do not survive,” sighs Aysha Siddiqa, a nurse, gently rubbing an inert infant.
Dr Ongwae of UNICEF also points to inadequate training of what staff there are.
Pakistan saw a surge in mothers giving birth in medical facilities between 2001 and 2013, from 21 percent to 48 percent — but neonatal deaths have not decreased as a result, he said.
That can be down to issues as basic as midwives who carry out several deliveries without washing their hands.

It is unthinkable behaviour in Japan, which “has spent several decades to ensure the ‘conditions necessary to protect lives of babies'”, says Fumio Bessho, a professor of paediatrics and public health, in comments published on UNICEF’s Japan website.
The success is due to medical technology, regional reforms, and “above all, to the presence of many medical workers who take great care of high-risk pregnancies and babies with various problems every day”, he writes.
“(E)asy access to doctors and hospitals for everyone, including frequent health checks during pregnancy, contribute to a good result,” agrees Yasuhide Nakamura, professor of global health at Konan Women’s University in Kobe.
Nakamura also said education of new mothers played an important role.
“The existence of the ‘mother and child health handbook’ that almost all mothers in Japan receive when they get pregnant is worthy of special mention,” he told AFP.
“As mothers read what doctors write in their handbook, their awareness towards the health of their babies and themselves is probably greater” than those in other countries, Nakamura said.
At the local level “mother classes” are offered to women, and nurses come to their homes free of charge, adds Hideki Kiyoshima, professor of modern society studies at Kinki University.
The level of care makes for a jarring comparison with the chaos of Pakistan.
“Everything is very simple. We know what we must do and it’s not expensive,” says Dr Shirazi.
But the newborn mortality rate, he says, “was never a priority”.

80 percent of all newborn deaths are caused by three preventable and treatable conditions –premature births, complications such as lack of oxygen at birth and neonatal infections, including sepsis and pneumonia

UNICEF’s report said that after Pakistan, the Central African Republic is the next riskiest country for newborns, and Afghanistan is the third.
“Babies born in Japan, Iceland and Singapore have the best chance at survival, while newborns in Pakistan, the Central African Republic and Afghanistan face the worst odds,” it said, noting that “more than 80 percent of all newborn deaths are caused by three preventable and treatable conditions.”
The three are premature births, complications such as lack of oxygen at birth and neonatal infections, including sepsis and pneumonia.
UNICEF says as many as 3 million children could be saved each year with an investment in quality care at delivery.
In Pakistan, Dr Khalid said 80 percent of newborn deaths could be prevented with skilled birth attendants.
“I feel that no matter what tools we send, or how much money you spend unless you improve the quality and the skill of midwives,” babies in Pakistan will continue to die, she said.
“We have midwives in government hospitals who cannot deliver a baby,” she added. “We don’t need more doctors we need more skilled midwives.”
UNICEF also appealed on properly training midwives and allowing better “access to well-trained midwives, along with proven solutions like clean water, disinfectants, breastfeeding within the first hour, skin-to-skin contact and good nutrition.”
Khalid, who has conducted extensive research into mother and child health and has written international papers on the subject, said that lack of funding, corruption and misplaced government priorities all contribute to insufficient investments in the training of midwives.
“Every year, 2.6 million newborns around the world do not survive their first month of life,” said Fore. “One million of them die the day they are born.”–Additional input from AP and AFP