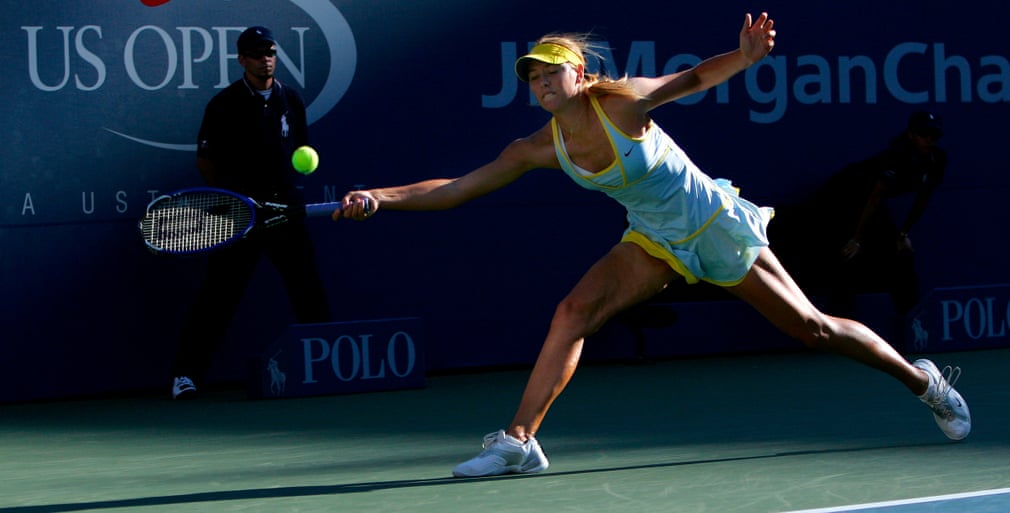 BERLIN: Maria Sharapova, the Russian five-time Grand Slam champion who became one of the highest-paid sportswomen in the world, announced her retirement at the age of 32 on Wednesday.

She will be remembered in many corners of her sport with respect more than affection – and it will not worry her much at all.

Born in Sochi, Siberia, the tennis player, whose Wimbledon victory over Serena Williams in 2004, aged 17, propelled her to superstardom and riches, broke the news in an article for magazine Vanity Fair.

“I’m new to this, so please forgive me. Tennis — I’m saying goodbye,” Sharapova, who gave tennis the ultimate rags to riches story after moving with her father Yuri as refugees from the poison of Chernobyl – with $700 and not a word of English between them, to train in Florida, aged six, in 1994, wrote in the article. 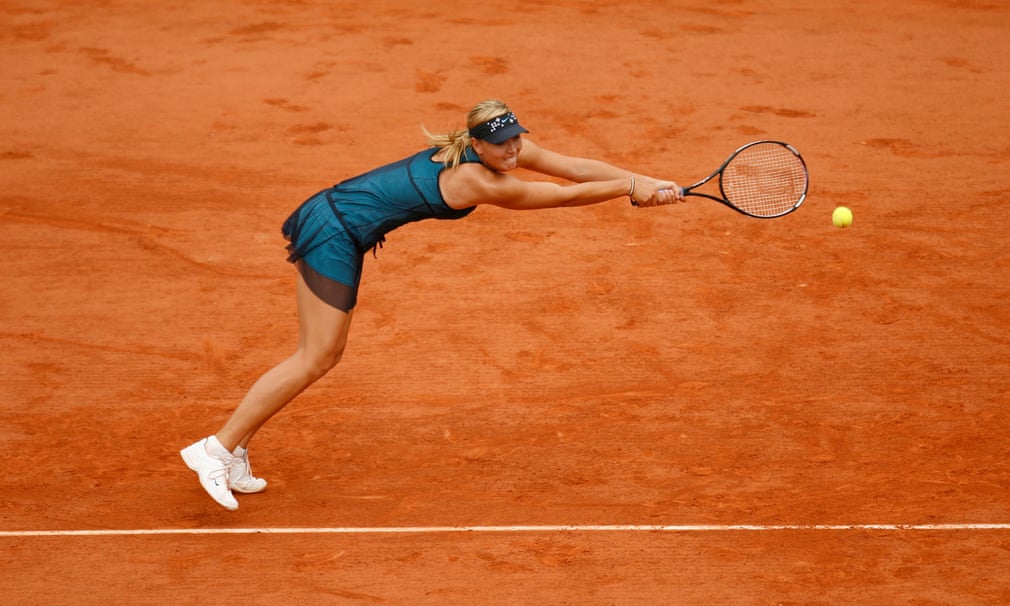 Her rivalry with the younger of the two Williams sister was fierce but doomed – and it defined Sharapova’s struggle. Their last encounter – in the first round of the 2019 US Open, when Sharapova needed pain killers to get on the court and could win only two games – summed up the physical decline of the Russian.

“Behind closed doors, 30 minutes before taking the court, I had a procedure to numb my shoulder to get through the match,” she wrote.

“I’ve had multiple surgeries – once in 2008; another procedure last year – and spent countless months in physical therapy. Just stepping on to the court that day felt like a final victory, when, of course, it should have been merely the first step toward victory. I share this not to garner pity, but to paint my new reality: My body had become a distraction.” 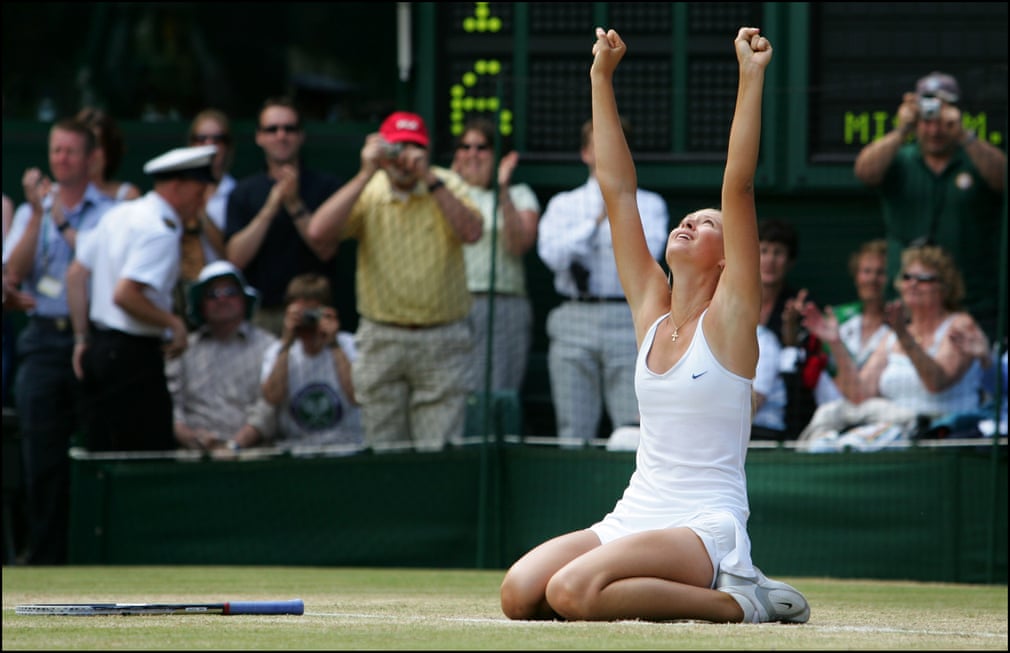 But it is her icy demeanour and failure to build on an early victory over Serena Williams that grab the imagination as much as those fine achievements.

Her decision is hardly a major surprise as she has struggled with injuries and poor form since returning from a 15-month drug ban in 2017, the result of testing positive for heart drug meldonium at the 2016 Australian Open.

The former world number one has played only two matches this year, losing in the first round of the Australian Open, with her ranking sliding to 373.

“Looking back now, I realise that tennis has been my mountain. My path has been filled with valleys and detours, but the views from its peak were incredible,” she said.

“After 28 years and five Grand Slam titles, though, I’m ready to scale another mountain, to compete on a different type of terrain.”

Sharapova, whose trademarks were her ferocious intensity and pounding groundstrokes, completed her career Grand Slam when she won the French Open in 2010. She also won the Roland Garros title again in 2014, her last Grand Slam crown. 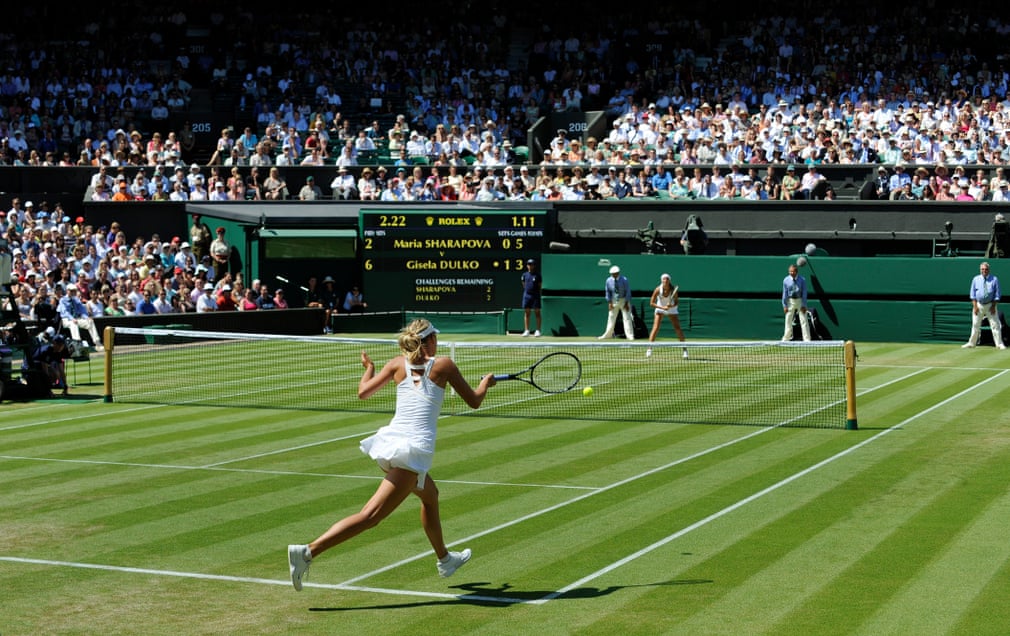 She became the first Russian woman to reach number one in the rankings in 2005 and claimed the US Open title in 2006. She also won the Australian Open in 2008.

“It’s a shame, of course, because Maria was a role model for everyone,” Shamil Tarpis­hchev, president of Russias Tennis Federation, told RIA news agency.

“Many girls compared themselves to her. She was number one for the popularisation of Russian tennis. Her image component was huge.”

Sharapova’s career has been blighted by shoulder problems with surgery for a rotator cuff tear in 2008 forcing her off the tour for six months and dropping her outside the top 100.

Battling back to fitness to claim two French Open titles on a claycourt surface she once loathed earned Sharapova admiration, but her career took a dark turn in 2016.

After an 18th consecutive defeat by Serena Williams, in the quarter-finals of the Australian Open, Sharapova failed an anti-doping test and was initially banned for two years by the International Tennis Federation (ITF).

Sharapova claimed she did not realise that meldonium, which she said she had taken for health issues throughout her career, had been recently added to the World Anti-Doping Agency’s banned list.

Her ban was eventually reduced to 15 months and she returned to action in April 2017 after being handed wildcards at several events, which drew criticism from some fellow players.

Later that year she won the Tianjin Open, the 36th and last title of a career that earned her $38.7 million in prize money — a figure dwarfed by off-court earnings that according to Forbes made her the highest-paid female athlete for 11 years in a row.

With the all-too-frequent career breaks, Sharapova has established a confectionery company called Sugapova, from which some of the proceeds go the Maria Sharapova Foundation — a charity she set up to help victims of the Chernobyl nuclear accident in her native Russia.

While that will keep her busy, Sharapova said the thrill of the competition will be missed.

“In giving my life to tennis, tennis gave me a life,” she said. “I’ll miss it every day, I’ll miss the training and my daily routine.”

She cared little about courting popularity, but she had the professional respect of her rivals for her single-mindedness and fighting spirit. Petra Kvitova, who beat Sharapova to win Wimbledon in 2011, was one of her few rivals to give her warm praise on Wednesday, describing her as a “big champion”.

The Czech, who was sidelined from tennis after a knife attack in her apartment in 2016 but has returned to the upper reaches of the game, said on Twitter: “I know how tough it is to come back and play. She has been injured a lot. Of course, she wanted probably bigger success than … her body allowed her to have.” She added: “It was a pleasure to be with her on the tour, sharing the court with her. It was always great battles when we play together. So it’s been always nice to share the court with her and I do always have respect for her.”–Agencies