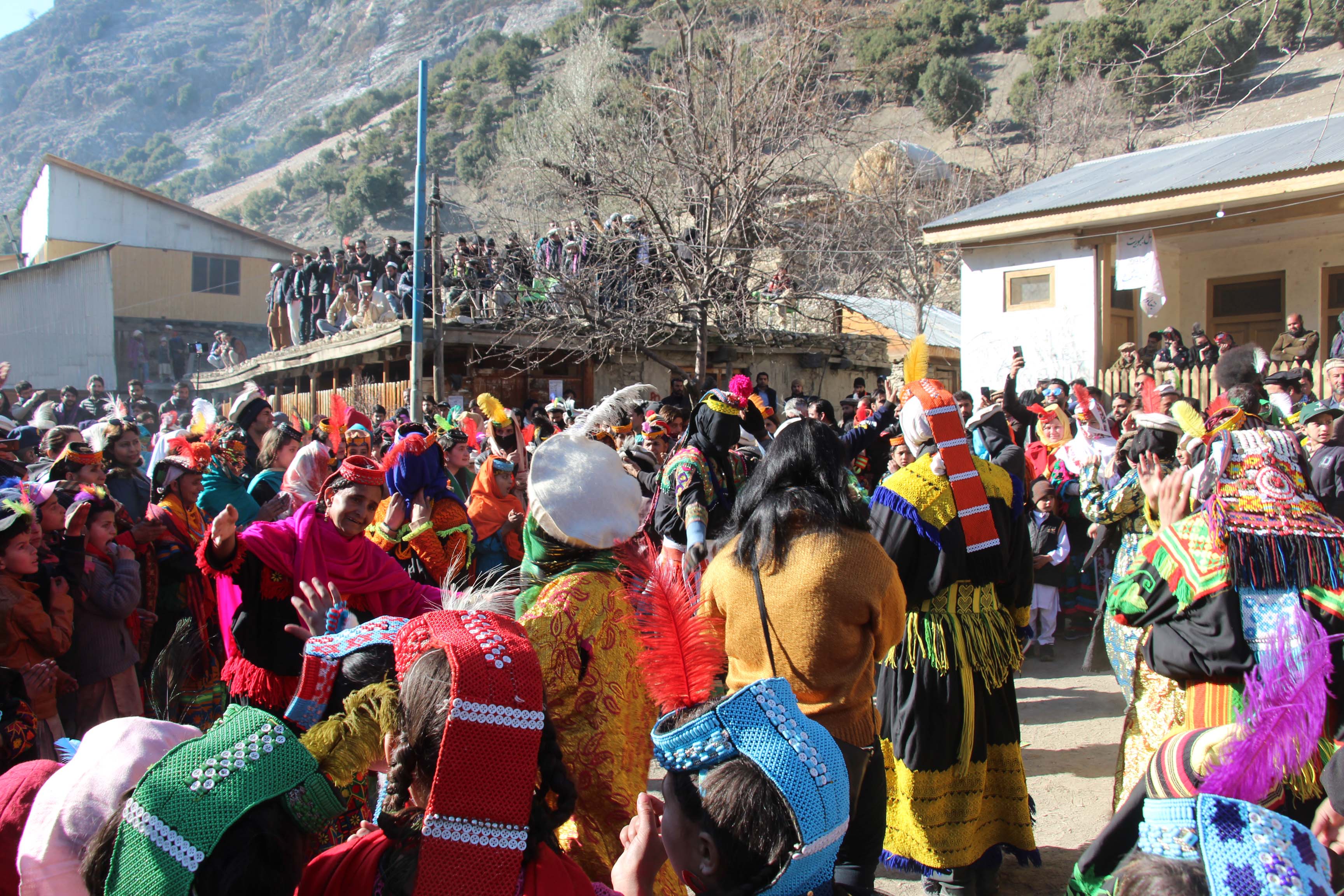 There are certain food taboos in some Asian and African communities and tribes that are prohibited for women. Especially pregnant women are prohibited from taking in essential food and drinks. It is transferred from generation to generation and has a negative effect on pregnant mothers’ health.

Food taboo is abstaining people from the food and/or beverage consumption due to religious and cultural reasons. It can be permanent or temporal. Permanent food taboos are avoiding food and/or drinks throughout their life, while some foods are avoided for certain periods of time. These restrictions often apply to women and are related to the reproduction cycle (during pregnancy, birth, and lactation periods).

Pregnant women have faced dietary deficiency due to food taboo. Some pregnant women, who live in rural areas, are obliged to have food taboo that restrains calorie and specific nutrients. Food taboos among pregnant women are varying from culture to culture and community to community especially in rural settings. Pregnant women who were practicing food taboos had significance on lower body weight and unhealthier babies.

The major problem of food taboos is preventing pregnant women from accessing a well-balanced diet, resulting in a high prevalence of low birth weight and harm to mother and baby.

According to researchers, many countries in the world have food taboo due to different factors like culture, norm, and religion. Food taboos during pregnancy are influenced by different factors like dietary counseling, whether attending antenatal care (ANC) clinic or not, younger age, less educational status, and multiparous and pregnant women. Culture and belief also influence maternal eating patterns during pregnancy.

Food taboos on pregnant women usually lead to having low nutritional status and put them at high risk of maternal death.

In Pakistan, there are certain areas such as Kalash valley in Chitral, where women face malnutrition due to poverty and the rigid religious beliefs which force them to abstain from eating certain food items known for being rich sources of protein, vitamins, and minerals, says a report in Dawn. 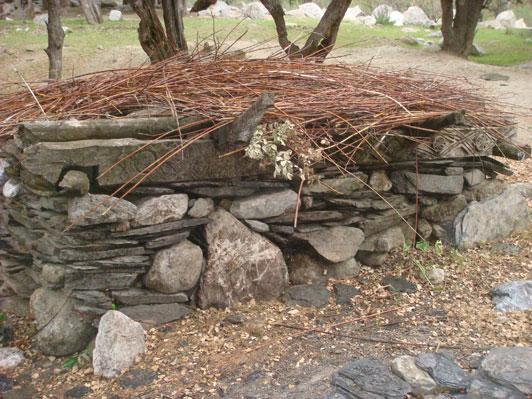 “A stale piece of maize bread and a cup of tea is what a Kalasha woman gets in her breakfast, for lunch as well as dinner. The meat of he-goat and bull and honey are taboo for women as per religious beliefs. Drinking a glass of milk is unknown to her as she stores it to prepare a maximum amount of cheese. Chicken and eggs are not considered pure food and avoided by Kalash people as part of their belief and no Kalasha family has ever raised poultry,” says Said Gul, social activists and the first Kalasha woman who obtained a master’s degree.

Kalasha people living in Chitral’s southern valleys of Bumburate, Birir, and Rumbur with a population of about 4,100, are famous for their unique culture, rituals, and lifestyle. A Kalash woman is essentially weak and feeble by her physique and can be easily discerned from the women of other people in the valleys because of poor food.

The poverty-stricken Kalasha people are facing food insecurity, particularly the women who face the prejudiced treatment which is intrinsic in their culture and religion.

Though the Kalasha culture has undergone a good deal of transformation over the years, Kalasha women continue to suffer from malnutrition due to patriarchal bais and food scarcity.

Livestock farming is the main source of sustenance of each household who tender goats in a large number of produce milk and associated products and natural honey in the valley, but the women remain deprived of them.

Red bean, which is produced in large quantities in the valley, is the only ‘luxury’ that women avail, while a big part of the produce is sold in the market to earn hard cash for fulfilling other necessities of life. Grapes are harvested in abundance, but almost the whole of it is used to produce wine and the women and children are left with a modicum of it to consume for body health. Walnut, another bumper produce of the Kalasha valleys, is sold for cash without leaving a part of it for household consumption.

Malnutrition among Kalash women is said to be associated more with the socio-cultural and religious conditions than with wealth as the Kalasha people lavishly spend their income on festivals and rituals which are part and parcel of their life. The ceremony arranged in case of someone’s death could be cited as an example where they spend almost all of their produce and earnings to show off their opulence and ostentation.

The Kalasha people keep the body of their dead at Jastakhan (the dancing place) for three days during which dancing and singing continue around the body. The family of the deceased continues arranging food for hundreds of people coming from all the three valleys for three days and it is the occasion for which they earn and save.

The marriage ceremony is all simple in which a boy and a girl enter into matrimony by mutual consent without making any special arrangement of feasts and similar is the case with the occasion of the birth of a child.

There is an old saying that ‘the death of a Kalasha is the death of the whole family’ which signifies that this ostentatious ceremony leaves the surviving members with nothing in the end. In the year 2018, on the death of Tor Khan Kalasha in Bumburate valley, 30 goats and two bulls were slaughtered while 110kg of cheese, 95kg of desi ghee, 30kg of honey and 100kg of wheat flour was used in the feasts that continued for three days.

For Zareen Khan Kalasha, an educated youth, the lavish spending on the ceremony is ‘devastating’ for the Kalasha people. According to him, every rich foodstuff ranging from cheese and ghee to honey and mutton to beef and even wheat flour is stored for this occasion.

“When my father died, I slaughtered 15 goats to feed the people for three days,” he said, adding that he did not give mutton or beef to his ailing father when he needed it badly. “How better it would have been if a goat was slaughtered for him during his illness,” he regretted.

Four of the festivals held in a year also cause a great burden on their pockets who spend a lot of money on their clothing and feasts. A Kalasha man generously spends on the clothes of his wife and daughters, but never thinks of spending a fraction of it on buying nutritious food for them.

A doctor who served in a hospital in Bumburate valley told Dawn that the Kalasha women were found highly vulnerable to different diseases due to malnutrition as they constantly missed eating some basic ingredients in their food. He said that they consumed mutton on rare occasions while eating chicken and eggs were forbidden in their society which was one of the necessary food items for the nourishment of the human body and warding off diseases.

The women do not find any special attention of their male partners during pregnancy and after delivery of a child, no proper food is served to them. The women go to a separate home in the village reserved for them during menses and delivery, which is called bashaleni locally. One can easily guess the pathetic condition of a woman who spends 10 days in bashaleni after delivery. Due to the poor food during these days, the Kalasha women contract a number of illnesses while the mortality rate of the pregnant women and newborns has been high in Kalasha valleys.

Such inhuman rituals were being practiced in some areas in India, Nepal and other south Asian countries. However, Nepal banned keeping women in separate huts during menses.

For discouraging such practices and coping with malnutrition, Ms Gul suggests that Kalasha people must be properly educated as they were unaware of nutrition and its importance. She says that the day Kalasha people learned about the vitality of food for their future generation, they would mend their ways for which extensive awareness campaign is needed in all the three valleys.

She said that different varieties of vegetables could be grown in the three valleys for local consumption while mushrooms could be introduced here as an alternative to chicken and eggs.