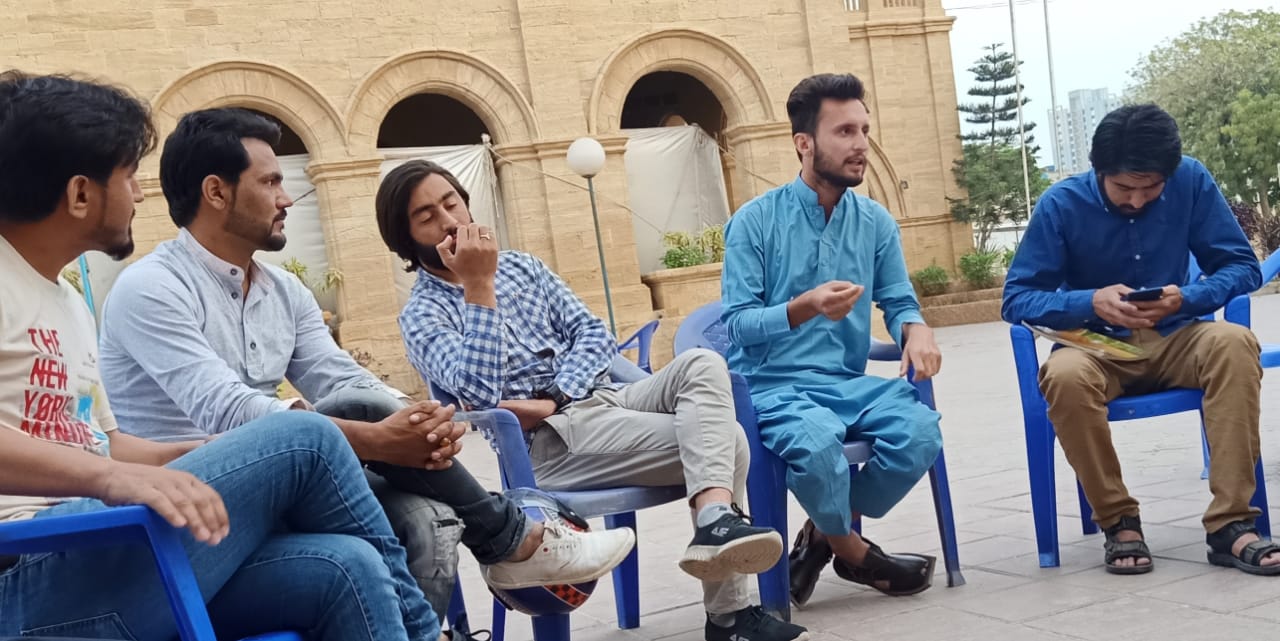 Gilgit-Baltistan Youth Action Committee expresses its commitment to struggle for the achievement of the 15-point demands.

KARACHI: Gilgit-Baltistan’s youth have called on the government to revive ancient routes and repair all important roads connecting their region to Pakistan, and Kashmir, provide modern air and land travel services to the people of Gilgit-Baltistan, regulate private transport companies to avoid further loss of precious lives on KKH and other tertiary routes.

The 15-point charter of demands was unveiled on Sunday on social media by the Core Committee of the Gilgit-Baltistan Youth Action Committee, a platform of over half a dozen youth and student organizations.

The demands come in the wake of a road accident occurred on March 9, when a passenger coach fell into the Indus River at Yalbo, Rondu Tehsil of Skardu District killing 26 people, including children and women. Only 10 bodies were fished out of the river, 16 bodies have not been recovered yet.

In the wake of the tragedy, about eight students and youth organizations from Gilgit-Baltistan based in Karachi formed a joint platform on March 13 to strive for achieving the Charter of Demand and other fundamental rights.

The members condemned the criminal silence of the GB government on the accident and demanded compensation for the heirs of the victims.

They also demanded a search for the recovery of the missing persons.

Other points of the CoD included restoration of all the ancient routes connecting Gilgit-Baltistan to Pakistan and Kashmir, initiating work on Shaunter Pass, Kargil-Ladakh, Ghizer-Chitral and all inter-district roads on a priority basis and ensuring quality work and maintenance of these roads.

The CoD also seeks provision of decent and affordable public transport to the people of Gilgit-Baltistan. The traffic authorities should ensure that private transport companies fully abide by the traffic rules, uniform fares, regular checking for route permits and shut down those transport companies operating without a route permit, vehicle fitness test certificates for buses and wagons.

The authorities should also conduct strictly enforce technical and psychological tests for drivers, the demands read.

The CoD also seeks operation of other private airlines on Gilgit-Baltistan routes with subsidized airfares and an increase in the number of PIA planes and construction of airports in Chilas and Ghizer districts.

The core committee members also demanded that highway police should be established and deployed on major arteries and continuous patrols on all roads to ensure the safety of passengers.

They also demanded that a well-equipped mobile hospital, trauma centres be set up on KKH and Jaglot-Skardu Road to cope with any possible accident to save lives and ensure the presence of well-trained rescue teams.

According to the CoD, Gilgit-Baltistan is a hilly region, and all the roads are always vulnerable to floods and landslides and often closed for weeks and months as a result of heavy rains and snowfall. Maximum tunnels should be made to ensure uninterrupted and safe travel on all routes.

The construction of tunnels proposed originally in the designing plan of the Jaglot-Skardu road be re-evaluated according to the initial route.

GBLA should legislate regarding passenger insurance and transporters should ensure their implementation.

In addition, the action committee has also decided to initiate an online petition and a poster awareness campaign on the above issues during the two-week ban on public gatherings by the government to prevent the spread of the coronavirus.

The action committee has said that soon it will contact the youth in different cities of Pakistan in this regard.

They also vowed to continue the struggle till the achievement of the demand.

In Central Asia, the art of jewellery is far from forgotten. Across the region, jewellers …