She met him as a ‘refugee’ in German street, reports Russian.TV channel RT

Kidnapped and sold into slavery at 14, one former Yazidi sex slave finally had the chance to confront her brutal Islamic State (IS) captor in a heartwrenching moment that has gone viral. Her story also had a disturbing European twist.

Standing before her abuser, Ashwaq Haji Hamid demanded answers, while the captured militant stood with his head bowed, refusing to look his victim in the eye for the entire confrontation. “Why did you do that to me?” she asked in a video filmed by Iraqi TV, demanding that he raise his head to face her.

You’ve destroyed my life. You took everything from me. Everything I dreamed of.

Before the confrontation, Hamid bravely recounted how she had been among 300-400 Yazidi girls and women who were sold as slaves after thousands of men were killed by Islamic State (IS, formerly ISIS/ISIL) terrorists in the Yazidi heartland of Mount Sinjar in 2014. The harrowing interview was broadcast by the Al-Iraqiya news channel on November 26. 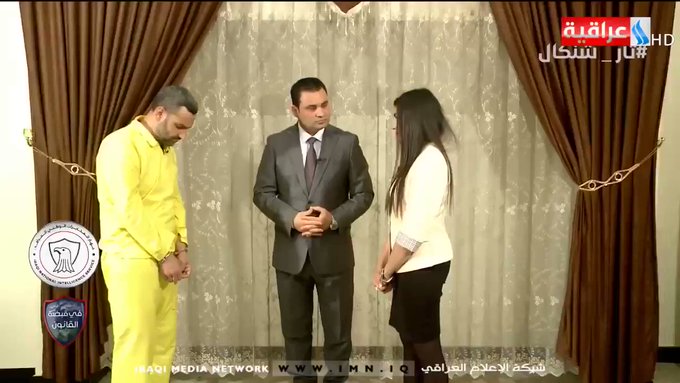 Hamid recalled that the militant, called Abu Hamam, had bought her at an IS slave market in Mosul, Iraq, where the teen had been brought from Syria. He would sexually abuse and beat her several times a day.

Now you know what torture is, what it’s like to be tortured, what loneliness is. If you had any sense, any feelings, you wouldn’t have raped me when I was 14-years-old.

Hamid fled to Germany in 2015 and began to build a new life, but was forced to confront the trauma again when she bumped into Hamam on a street in Stuttgart, where he threatened her by saying he knew now where she lived.

Fearing for her life again, Hamid decided she would rather return to live in a refugee camp with her father in Iraq than live with the threat of being so near her captor again. Although she told German police an IS militant was walking free on their streets, she was informed there was nothing they could do because, like her, he was registered as a refugee.

Hamam has since been arrested by Iraqi authorities, although it is unclear how exactly he ended up back in the Islamic republic.