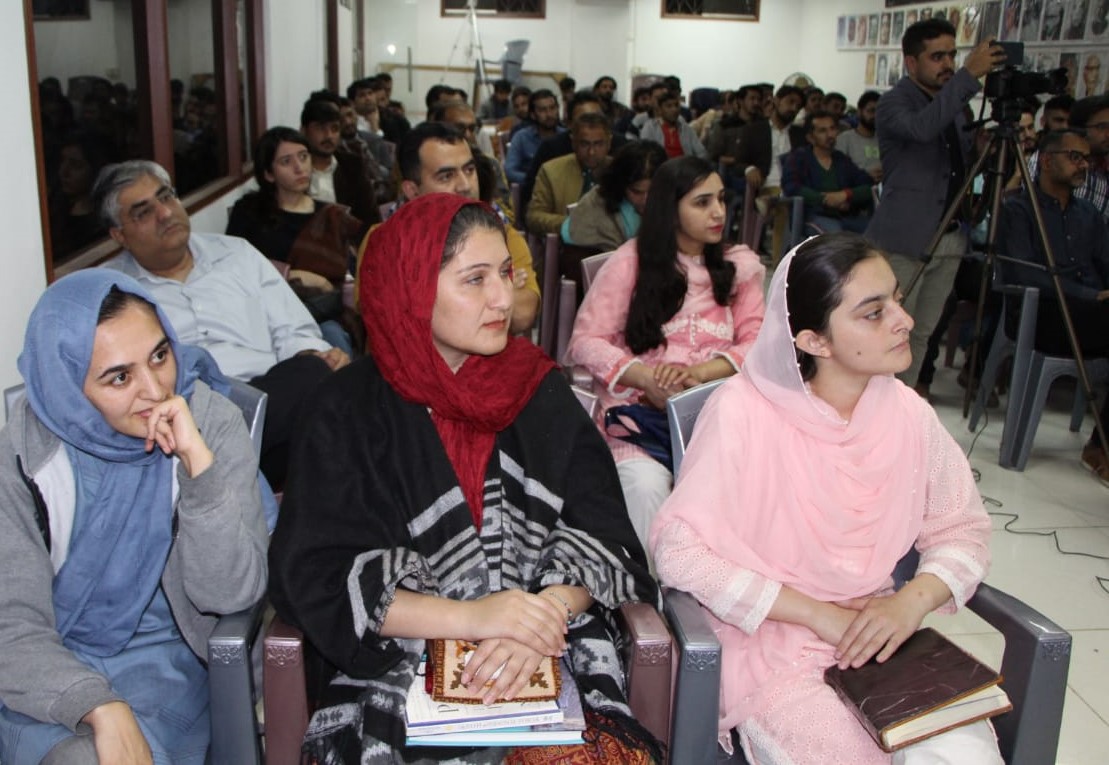 KARACHI: Pakistani rulers govern Gilgit-Baltistan as a security zone with suspicion and repressive tactics. The region’s constitutional issue, people’s aspirations and perspectives are missing from our mainstream policy and political discourse.

This was the gist of the speech made by author and academic Dr Nosheen Ali an event here the other day. 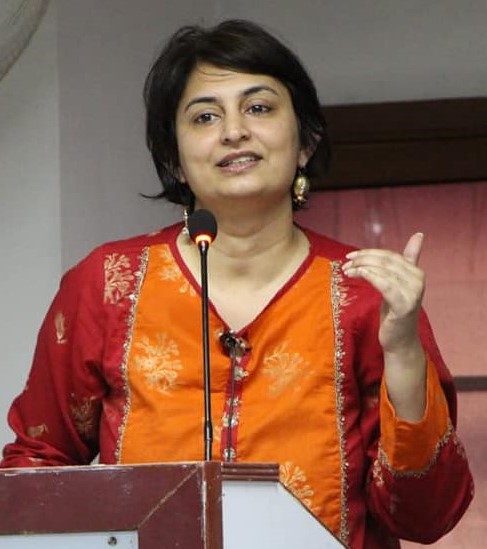 A large number of people from all walks of life including political and social activists from GB, Jammu, and Kashmir attended the event.

Ms Ali, who did her PhD from Cornell University, New York, said for the Pakistani ruling clique Gilgit-Baltistan is merely a beautiful landscape. The people living in the mountainous region are non-existence for them and their fundamental human rights have no importance. That’s why the elite class considers the 1.8 million inhabitants of the mountain region as colonised subjects and hoodwink them in the name of ‘reforms’ and ‘orders’; the 2018 Order is the continuation of this colonial attitude, she remarked, citing an example of her meeting with a former federal minister for the region in the late 90s. When she raised the question of constitutional and citizenship rights of GB, the minister responded that ‘the government had given CNICs, passports, CPEC, etc., to the people.’

Ms Ali dissected the discourse of the ruling class’s development who equate it with the fundamental question of the constitutional status of GB and described it as an emotional logic to counter resistance movements.

Ms Ali said literature in GB and South Asia had played an important role in the social and political movements and influencing the collective consciousness of society and underscored the importance of a cultural or literary movement in influencing political movements. She started off her speech with a verse penned by a noted poet from Gilgit which according to her best depicts the chequered political history of GB.

“Most of the young educated people in Pakistan either do not understand the importance of constitutional rights or afraid of talking about their fundamental rights because of fear and state repression.
Political activists, journalists and literary personalities who raise their voice for constitutional rights and freedom of expression and self-rule are subjected to worst kind of state repression, implicated in false cases under draconian laws put on the Schedule Four of the Anti-Terrorism Act or behind bars.

Ms Ali said she had touched upon the issue of ‘reality of power’ in her book when public servants became masters or lords and when the state adopted ‘repressive mood’ and considered ‘others’ as a threat.

“In my ethnographic study, I have strived to bring forth perspectives across sect, gender, and class. My book is a humble contribution to the political and literary movements of the region”, she said.

She also highlighted the other two important issues of the region: one is the absence of an independent judiciary and the other is a lack of local people’s role in decision-making about their land and resources.

The author also shared her experiences and interaction with writers, journalists, academics, activists of different progressive and nationalist organisations, students and faculty members of KIU and acknowledged their support during her research. “It had been a challenging yet beautiful journey. The warmth of friends from GB continues to amaze me,” she said. 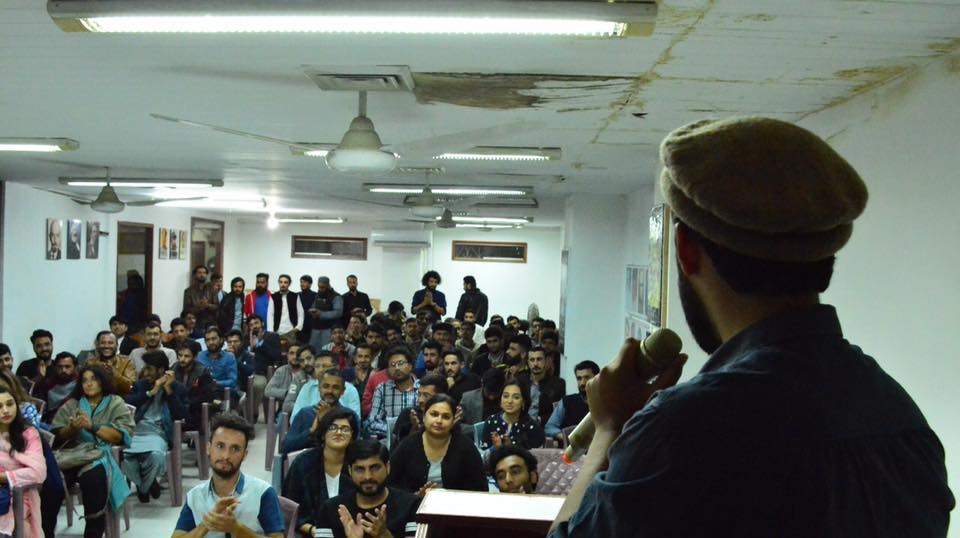 There are deep suspicion and mistrust in society. To break this suspicion, she emphasized the need for a broad-based alliance and joint struggle of the progressive and nationalist activists, academia, writers, journalists, and students.
The book includes research papers on state repression, environment and literature, and education and religious politics in Gilgit-Baltistan.

She thanked NSFGB for organizing the event.

earlier NSFGB Sindh Zone President Anayat Baig introduced the author and briefly explained about the book and its importance in understanding the complex issue of GB and Kashmir.

The author in her book has explained the constitutional and governance issues, the aspirations, struggles, and concerns of the inhabitants of Gilgit-Baltistan, who according to her, are often rendered invisible — both in the larger policy discourses on Kashmir, as well as in nationalist valorizations of their region as a quintessential tourist “paradise.”

This reduction of place to pictorial beauty, territory, symbol, and the unpeopled landscape is, in fact, a grave dilemma facing people across all regions implicated in the disputed borderland of Kashmir.

“Citizen-subjects in the region are demanding inclusion not only in terms of political rights but also through struggles for religious recognition and ecological sovereignty, which is integral to a meaningful life of dignity,” she said in an interview to a foreign journalist.

In the end, participants had a detailed question-and-answer session with Dr Ali.