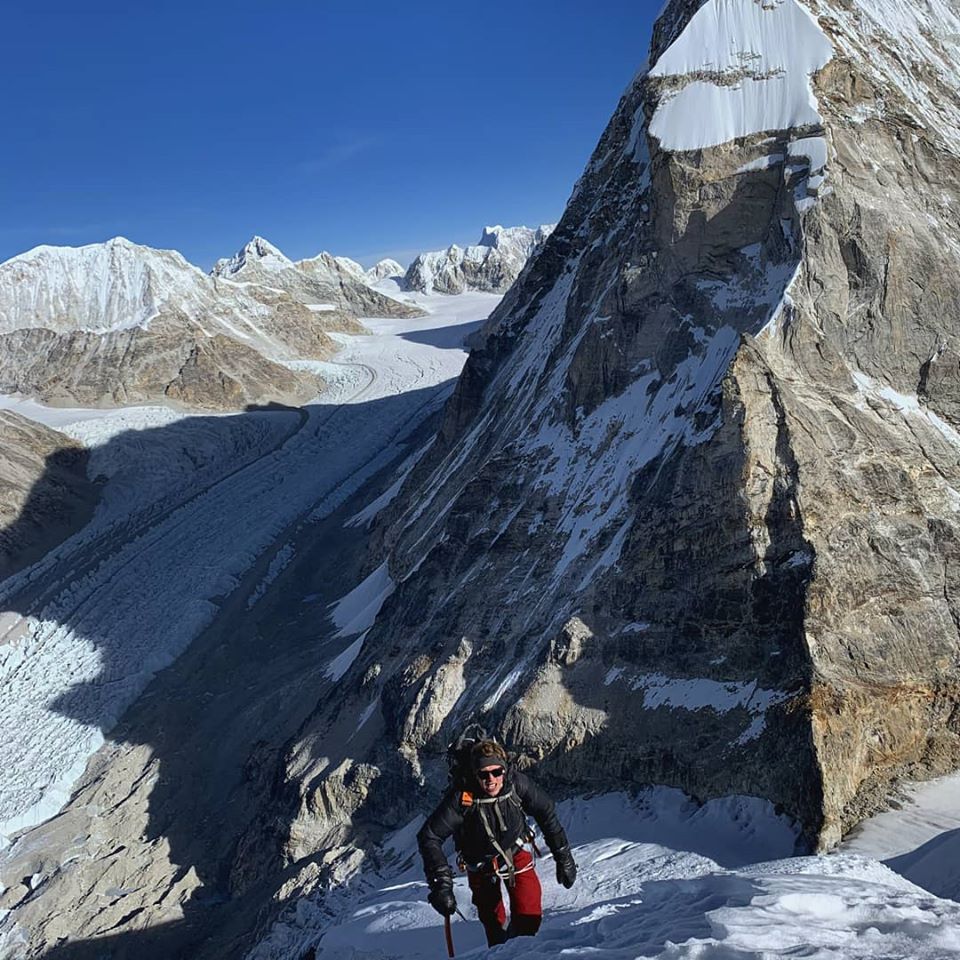 Jost Kobusch wants to experience the highest mountain peak in the world in winter without oxygen supplement and alone.

A German climber has embarked on an adventure to scale Mount Everest, the highest peak in the world, in winter.  Jost Kobusch told the ExplorersWeb, an online magazine, that he wants to experience the 28, 580 feet high mountain peak and the wilderness alone without any oxygen supplement.

The 27-year-old climber arrived in Kathmandu on Monday (December 16) to sort out last-minute logistics before beginning the adventure. He originally eyed linking the West Ridge and the Hornbein Couloir, but he has decided simply to climb from Nepal and set his route after “reading” the mountain.

To ensure that the project is purely solo, he will have just two kitchen staff and a photographer to take some shots of him on the lower sections of the mountain.

“My previous climb on Annapurna was not really solo,” he admitted. “There were other climbers on the route, I used the fixed ropes on the way down, and I gave shelter to another climber in my tent. Yeah, I was there by myself, I organized it all, I used no Sherpa support or O2, but it was not what I consider a pure solo.”

On Everest, he aims to experience an 8,000er “raw and pure, just myself and the wilderness.”

The cook in Base Camp will have a particular challenge with Kobusch’s vegan diet, especially since the climber is also reducing his white flour and sugar intake. “We’ve bought lots of vegan sausages,” says Kobusch.

In 2016, Kobusch became the youngest German climber to summit Annapurna. He also climbed solo and without oxygen. He admits that doing the same with Everest in winter is even more demanding. “I am going to face very cold and short days, so I’ve trained in Alaska during the polar night,” he says. “I am kinda used to those conditions now. But combining that with the altitude is going to be interesting.”

As further training, Kobusch recently made the first ascent of 6,393m Amotsang.  He also attempted a complete traverse of the Chulu massif, but heavy snowfall halted him before Chulu East. “Those training climbs have been great,” he said. “They showed me that I am in good shape and I have been able to really read those mountains.”

On Amotsang, for example, he had originally planned a different route. “But then I came there and I realized wow, there was this big waterfall overhanging the route and it was totally impossible to go up there,” he said. “But hey, that’s the fun part. You go, ok, so what are the options, shall I go left or right?”

Kobusch ended up climbing a completely different face. He expects to have to be equally flexible on Everest. “No mountain is static,” he said. “You just go there, like people did centuries ago, when they sometimes crossed mountains looking for food.”

His quest for what he calls “the raw experience” is what drives him. “This kind of alpinism is exploration, a journey into the unknown, with its own risks and rewards.”

Why not K2, one may wonder. For Kobusch, it’s obvious.

“I seek wilderness, and on K2 right now there is a competitive atmosphere, with several teams vying to be first,” he says. “That’s not what I am looking for. To me, it’s about this journey on the mountain but also about the journey within myself.”

He admits that it took him a while to view Everest as a potentially exploratory experience. That’s is why he picked winter. “I am looking for a silent retreat in a deeply remote area,” he said. “I never thought about joining extreme tourism, so I never considered Everest in the normal seasons. But this feels like exploring, it’s adventure alpinism.”