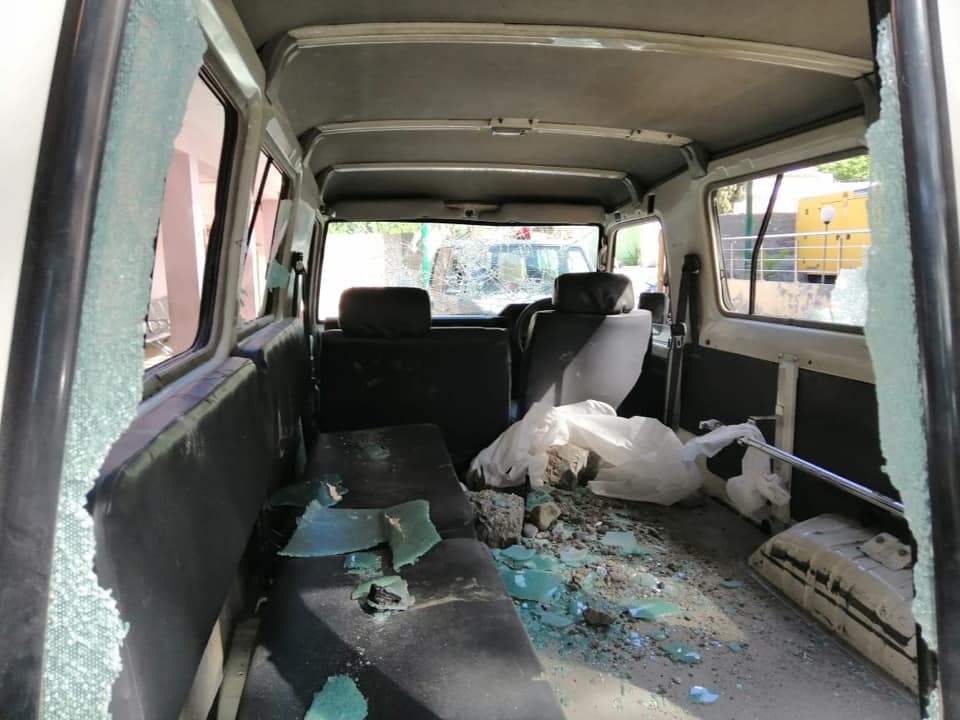 The main hospital in Gilgit ransacked, medical staff manhandled by relatives of a corona patient who died at the hospital

GILGIT: The doctors and paramedical staff have demanded stern action against the persons who attacked the of Provincial Headquarter Hospital in the capital city of GB, ransacked the main health facility and damaged ambulance and other vehicles after the death of their relative on Wednesday.

The doctors and paramedical staff suspended all services until the arrest of the culprits.

Addressing the protest meeting of health workers and hospital staff, Dr Ejaz Ayub, President of Young Doctors Association Gilgit-Baltistan chapter (YDAGB) and others said that if stern action were not taken against the culprits they will launch a protest throughout GB.

The paramedical staff made these demands at a protest meeting on Wednesday.

Legislation on the security of hospitals and medical professionals and health workers must be enacted to discourage such incidents in future and to punish people who involved in such hooliganism, Dr Ejaz demanded.

He also demanded deployment of paramilitary forces on security duty in hospitals to avoid such incidents.

The patient had been admitted to the hospital on May 19. But she died the next day.

The incident occurred in presence of over a dozen policemen and a magistrate.

In a combo of CCTV footages, police can be seen either remaining silent spectators of joining the mob rather guiding them to the building.

The hospital presented a battlefield for an hour.

It’s the second attack on the doctors and health workers in a week.

Last week relatives of a woman, who was pronounced dead on arrival at the hospital, attacked the medical ward staff, broke ECG machine, window glasses and also damaged the ambulance that transported the body to her village.

“People are not following the SOPs prescribed by the national and international health agencies and when they get infected by their own mistakes they come to the hospital in critical conditions,” noted Dr Ejaz

In case of death of any patient, the family members attack the hospital and paramedical staff.

They argued that despite the unavailability of safety kits the paramedical staff is serving the people but in return, we are threatened and beaten by the angry mobs.

The doctors questioned the inaction of the police as they instead of restraining the angry mob remained silent spectators.

They demanded the deployment of paramilitary forces personnel at hospitals because the hospital management has reservations on the role of the police.

Such incidents have frequently been witnessed at the hospital since 2012 when a hardcore prisoner fled from the police custody after an exchange of fire.