October 07, 2022
Editor-in-Chief: Farman Ali
Home Central Asia Gilgit-Baltistan: Under the shadow of a new ‘Great Game’ and a new status quo in Kashmir-II 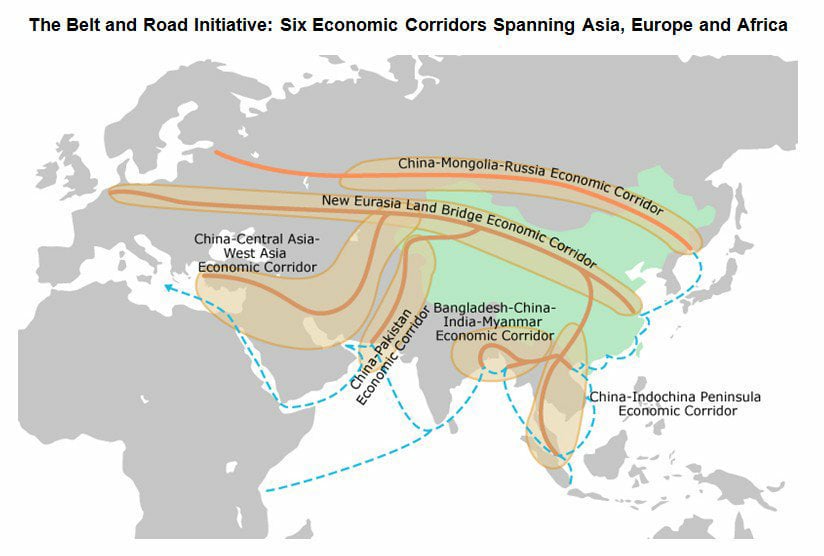 When Harrison’s Op-Ed was published in the New York Times in 2010, it was taken by many Indian, Pakistani, Russian, European, South Asian newspapers, online blogs etc., and opinions, analysis and comments were made some condemning Pakistan and China for taking over Gilgit-Baltistan. Foreign office officials in Peking and Islamabad rejected the article as baseless, absurd and provocative. Some analysts in India went on to say that it was China’s internal problems in Muslim majority Xinjiang that prompted it to work closely with Pakistan to secure its border region from infiltration.

But it seems regarding Kashmir, Trump has taken Harrison’s suggestions of Washington’s moderating role seriously and might be talking to both India and Pakistan. We can only hope, that Prime Minister Imran Khan will not give any formal commitment not to annex GB with Pakistan, as suggested above. It is also very clear that China has its tacit stand on GB and Pakistan must take grasp of Chinese concerns seriously, because GB has borders with China, and they are seen literally very vigilant as to what happens around their borders, especially borders in Xinjiang.

I wrote then, that it is in the interest of both China and Pakistan to keep Gilgit-Baltistan free from terrorist and jihadi groups and create an island of economic prosperity and peace in this poverty-stricken and sensitive region to show to India and the world, how you have treated people in a disputed territory.

The Pakistan government has taken steps after the launching of CPEC in calming down sectarian violence and in providing security to the Chinese engineers and workers in Gilgit-Baltistan as well as guaranteeing full support to China in curbing the three evils in Xinjiang Province.

The administrative and financial powers vested in a quasi-provincial setup with chief minister and fleet of ministers and an elected local assembly is a positive step in the right direction. However, since 2018, there is a setback and currently, the local elected government seems powerless while the GB administration manned by officers from federal government seem to be dictating and controlling resource allocations and decision making, although, one may argue there is no difference in other provinces and even in the federal government overall.

However, despite demands from the GB Government and people of the region, Islamabad has yet to provide a constitutional status which it has kept deliberately in limbo. 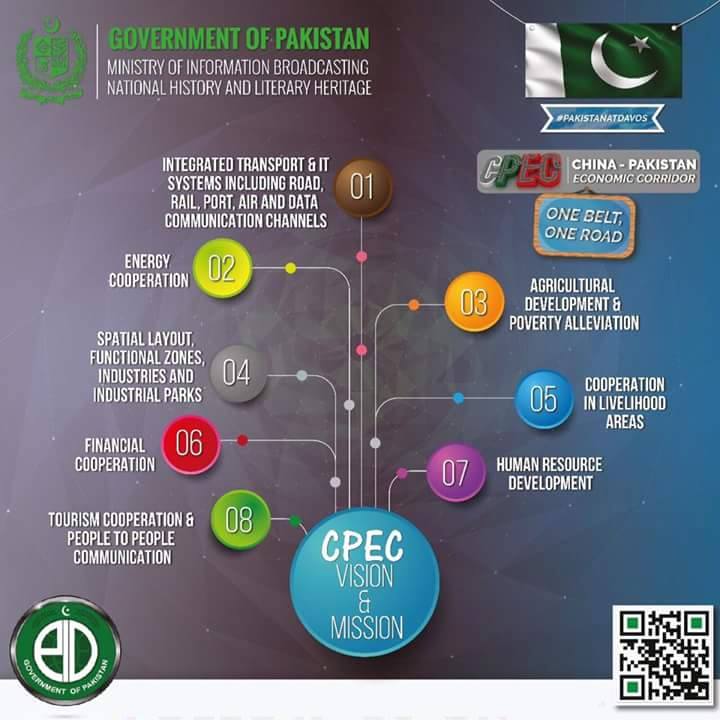 The changed status quo in J&K, and the rhetoric coming out of New Delhi now warrants that Pakistan must swiftly provide a constitutional and legal cover to clear its relationship with GB, under the UNCIP resolutions, if Islamabad is so religious bound to it. Once, this is done, you can see good images of how people in GB will celebrate this in contrast to what India did in J&K under curfew and how they are reacting. Provide a fully empowered local authority under UN Resolutions and sign a treaty with them, to formalize the existing relationships including passing CPEC, water resources and foreign affairs, currency and security, a la Karachi agreement with GB. The current structure is colonial and, in this vacuum, only smoke and confusion will fill and will further complicate the situation on ground, providing India with the opportunity to exploit the situation further.

Pakistan also needs to provide legal protection to local people in owning their collective ancestral lands, rangelands and pastures, as well as the minerals, water and other natural resources, as after the CPEC, more and more state bodies and private entities have started acquiring, leasing and purchasing land, which needs to be controlled through new laws on the pattern of the defunct State Subject Rule, as this risks to demographic change and threatens political and economic interests of the local people in a disputed territory . Islamabad needs to be fully cognizant of the sensitivity of local people of all shades to this fact, which has many implications and requires immediate people-centric policy response to win the hearts and minds of the people.

So, what are the prospects of living with risks and under the shadow of the new ‘great game’ for the people of Gilgit-Baltistan? What are the new opportunities and win-win situation?

The new status quo in Indian Occupied Kashmir, should not be seen in isolation as only an internal affair of India or a manifesto promise fulfilled by fascist Modi. It is part of the very design, that the colonial masters kept, the Kashmir, Ladakh and Gilgit-Baltistan as disputed in the first place. They have only moved their pawns in this game. The next they are planning creating problems in Pakistan-administered Kashmir and GB. Their ultimate objective is containing China, securing access to energy resources of Central Asia and the untapped resources in Xinjiang, and slowing down the BRI and CPEC. Pakistan needs to have a clear mind, what are its strategic interests; toeing the nexus to slow down the CPEC or tapping the opportunities of the new axis in the region.

Majority of people in Gilgit-Baltistan are of the view that renewed closer economic ties with China and the Xinjiang province will benefit them and also create deeper strategic relations between Beijing and Islamabad which is in the interest of regional peace and security and shall promote regional economic integration between South and Central Asia.

China is seen in GB as a friend, ally and benefactor as well as a stabilizing factor in the region. However, Islamabad also shares Chinese concerns about what it calls the three evils — separatism, fanaticism and terrorism — in Xinjiang. Both countries agree that counterterrorism, counter-separatism and counter-fanaticism strategies are required both at local, national and regional levels between Pakistan and China.

In the new ‘great game’ for access to the gas and energy reserves of Central Asia, controlling trade corridors and reaching out to the warm waters of the Gulf and the Arabian Sea, any regional strategy and frameworks must underline the aspect of self-rule, alleviating the sufferings of the mountain people in these strategic nodes, and protecting their fundamental rights guaranteed by international conventions rectified by both Islamabad and Beijing.

At the same time, the local people in Gilgit-Baltistan and Xinjiang must rise above petty internal conflicts and schism and accept the plurality of views, adopt progressive ideas and embark on social modernization, curb corruption, nepotism, and inefficiency in public sector and educate their children to benefit from the new opportunities. China has hugely invested in Xinjiang and Kashgar. Even the border town Tashkurgan, which was only a donkey-cart rural town in the late 80s and early 90s has been turned into a bustling touristic town. The Chinese have invested in high quality road, electricity and internet infrastructure, tourism, minerals exploration, in international cargo and trade facilitation facilities and are building a new international airport just across the border. They are very much interested in economic partnership with GB and the private sector and want to promote people-to-people contact at district and GB levels.

As the Pakistani military and political leadership continue to brand for some years now, Gilgit-Baltistan as the jewel of Pakistan, and also convey this news to people of GB that under CPEC the Chinese leadership has a long-term vision and plans to bring GB at par with Urumqi and Xinjiang. While, this is appreciable, much need to be seen on the ground. Xinjiang and Gilgit-Baltistan need to review and update the border trade agreement signed in the 80s and include new opportunities.

China needs to invest in human resource development, technology, energy and work with GB government to make it a responsible tourist destination for high-end Chinese tourists that visit the bordering towns of Kashgar and Tashkurgan. With the completion and opening of the new international airport in Tashkurgan, and the international trade cargo facilitation and logistics facility at the border, China is already planning online clearance of goods movement.

So, Pakistan needs to prepare GB to tap into these opportunities and move in that direction with no distractions and ifs and buts, when it comes to providing a constitutional and legal cover to the fundamental rights of the people of Gilgit-Baltistan under UNCIP, protecting the rights of the people to land and sustainable development of the energy, water, mineral and tourism resources of GB to benefit its people and the whole region with Chinese support.

Under the shadow of the great game and the new status quo on Kashmir, there lies many opportunities and a win-win situation for all, provided Pakistan and China join hands to creating opportunities for all under the spirit of the BRI. The continued disenfranchisement and current colonial structure are detrimental to both Pakistan and China’s interests and will be devastating for the people of Gilgit Baltistan. Time to act now @PMImranKhan and the people of Gilgit Baltistan to make their voice heard. Concluded