The pandemic causes a 22% decline in tourist arrivals in Q1, or $80bn loss, says UNWTO reports

The coronavirus pandemic has caused 22% fall in international tourist arrivals in the first quarter (Q1) of the financial year 2020 and could further drop by 60-80% over the whole year, says a report.

The UN tourism watchdog says 67 million fewer international tourists up to March translated into $80 billion in lost exports, outlining three possible future scenarios depending on how the crisis unfolds.

According to the latest data from the United Nations World Tourism Organization (UNWTO), the crisis could lead to an annual decline of between 60% and 80% when compared with 2019 figures posing risk to millions of livelihoods and threatens to roll back progress made in advancing the Sustainable Development Goals (SDGs).

UNWTO Secretary-General Zurab Pololikashvili said: “The world is facing an unprecedented health and economic crisis. Tourism has been hit hard, with millions of jobs at risk in one of the most labour-intensive sectors of the economy.”

Tourism has been hit hard, with millions of jobs at risk in one of the most labour-intensive sectors of the economy

Arrivals in March dropped sharply by 57% following the start of a lockdown in many countries, as well as the travel restrictions and the closure of airports and national borders. This translates into a loss of 67 million international arrivals and about $80 billion in receipts (exports from tourism).

Asia and the Pacific show the highest impact in relative and absolute terms (-33 million arrivals) followed by Europe (-22 million).

According to the World Travel and Tourism Council (WTTC), Covid-19 can cut 75 million jobs and cause a $2.1 trillion loss in revenues worldwide. Asia is expected to be the worst hit, with more than 40m job losses. The WTTC is calling on governments to remove or simplify visas, cut travel taxes and introduce incentives once the epidemic is under control. 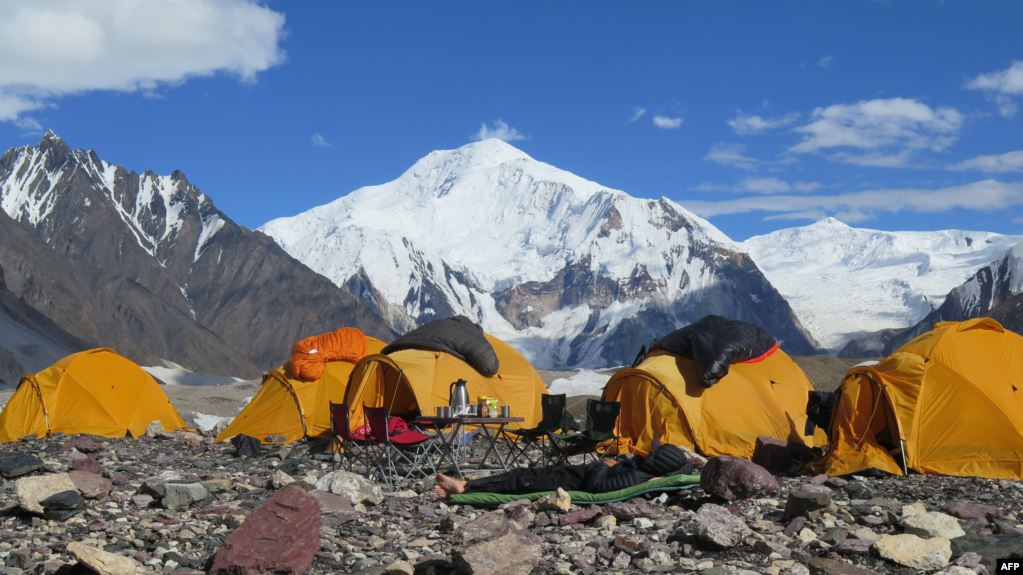 Pakistan had witnessed a sharp increase in tourist arrivals during the last five years.

From 2014 to 2019, Pakistan witnessed a sharp increase in the number of both domestic and international tourists, reports Dawn.

The tourism industry in 2018 accounted for 10.4 per cent of the global GDP, which translates to $8.8 trillion. In Pakistan, this sector had just started to show potential before Covid-19 hit.

As per a Gallup report in 2019, cultural and religious tourism increased by over 300pc in last three years. The foreign tourist traffic rose more than 130pc for museums and 100pc for cultural sites.

For five years, the number of tourists increased in Gilgit-Baltistan, Lahore (Punjab), Swat and Chitral (KP).

According to the newspaper, due to the digital revolution, Pakistan’s tourist attraction has been appreciated by the world. Top US travel magazine CondeNast ranked Pakistan first in travel destinations for 2020. 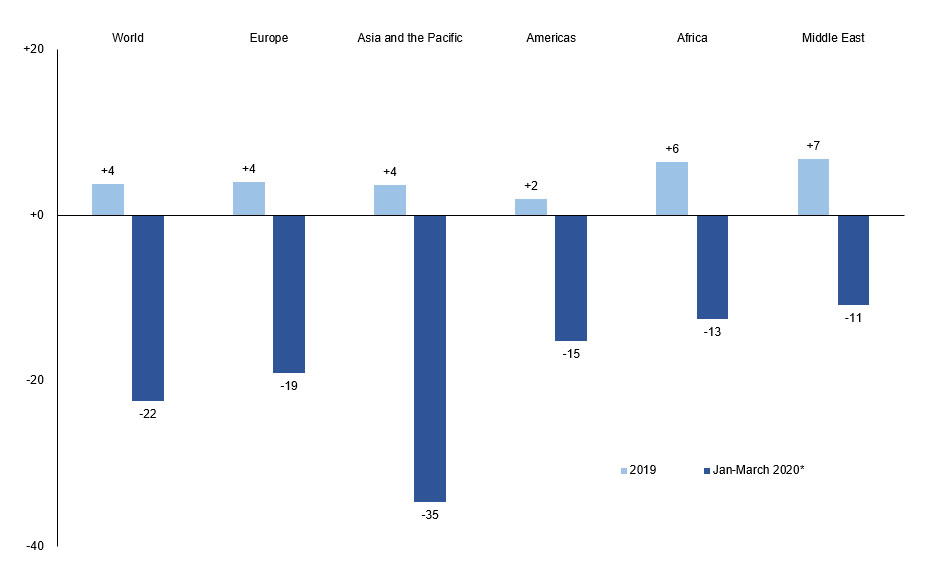 Prospects for the year have been downgraded since the outbreak and uncertainty continues to dominate. Current scenarios point to possible declines in arrivals of 58% to 78% for the year. These depend on the speed of containment and the duration of travel restrictions and the shutdown of borders. The following scenarios for 2020 are based on three possible dates for the gradual opening up of international borders.

Scenario 1 (-58%) based on the gradual opening of international borders and easing of travel restrictions in early July.

Scenario 2 (-70%) based on the gradual opening of international borders and easing of travel restrictions in early September.

Scenario 3 (-78%) based on the gradual opening of international borders and easing of travel restrictions only in early December.

* Actual data through March include estimates for countries which have not yet reported data. Source: UNWTO

Note: The scenarios presented in this graph are not forecasts. They represent an alternative monthly change in arrivals based on the gradual opening of national borders and lifting of travel restrictions on different dates, still subject to high uncertainty.

Under these scenarios, the impact of the loss of demand in international travel could translate into:

Loss of $910 billion to $1.2 trillion in export revenues from tourism.

This is by far the worst crisis that international tourism has faced since records began (1950). The impact will be felt to varying degrees in the different global regions and at overlapping times, with Asia and the Pacific expected to rebound first.

Domestic demand is expected to recover faster than international demand according to the UNWTO Panel of Experts survey. The majority expects to see signs of recovery by the final quarter of 2020 but mostly in 2021. Based on previous crises, leisure travel is expected to recover quicker, particularly travel for visiting friends and relatives, than business travel.

The estimates regarding the recovery of international travel are more positive in Africa and the Middle East with most experts foreseeing recovery still in 2020. Experts in the Americas are the least optimistic and least likely to believe in recovery in 2020, while in Europe and Asia the outlook is mixed, with half of the experts expecting to see recovery within this year.

For the post-Corona scenario, travel agencies are devising new strategies and mitigation plans to meet the challenge. New guidelines are being drafted. Hotels are beefing up their cleaning methods and introducing new procedures.

Airbnb is partnering with Ecolab to develop a new protocol for hosts that will be mandatory to follow. Another critical factor is that the host will be required to take 24 hours of the waiting period between guests.

Most airlines are banishing the middle seats and looking into other measures approved by the WHO.

Travel advisories will be included with every booking for hotels or airlines.

Safety instructions will be showcased in hallways and reception areas of hotels/guesthouses.

In Europe, Germany has extended its tourism ban until June. Spain, which is one of the worst-hit, has allowed its hotels to reopen from May 11.

As short term measure to offset the loss due to corona pandemic, Pakistan should open domestic travelling by the end of June, the newspaper suggests.

In Pakistan, foreign travellers should perhaps be not allowed this year. However, with precautionary measures following WTTO and UNWTO guidelines, it should consider opening domestic travelling by the end of June, the newspaper recommends.