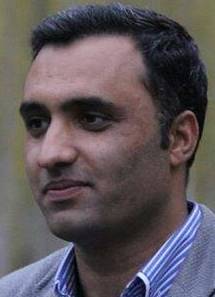 Pakistan has started issuing on-arrival visas to tourists from 24 countries, notably the United States, China, the United Kingdom, France, Norway, Austria, Finland and Greece etc., from January 2018. The news has rekindled hope of improvement in the tourism sector, the mainstay of Gilgit-Baltistan’s (GB) economy and a major source of foreign exchange earnings for the national economy. The move has also been welcomed by the stakeholders of the hospitality industry and tour operators in the most popular tourist destinations.

Tourism sector has witnessed a substantial boost in GB during the last five years in the wake of a terrorist attack on international climbers at Nanga Parbat in 2013. According to GB tourism department and Pakistan Tourism Development Corporation (PTDC) arrival of tourists to the region tripled — 1.78 million in 2017 including 6,212 foreign tourists, as compared to 0.5 million in 2013 — earning revenue of roughly Rs300 million to the local economy. The GB tourism department officials are expecting the visit of up to 2.5 million domestic and foreign tourists to the region in 2018. By capitalising on the region’s tourism potential, revenue to the tune of Rs1 billion can be earned as per the estimates of many tour operators.

Historically, foreign tourists – enchanted by the natural beauty, cultural and historical  landmarks and hospitality of the GB people – made the area their place of choice. From early 1980s up to late 1990s, Western nationals could be seen roaming the streets of Gilgit, the picturesque capital cit 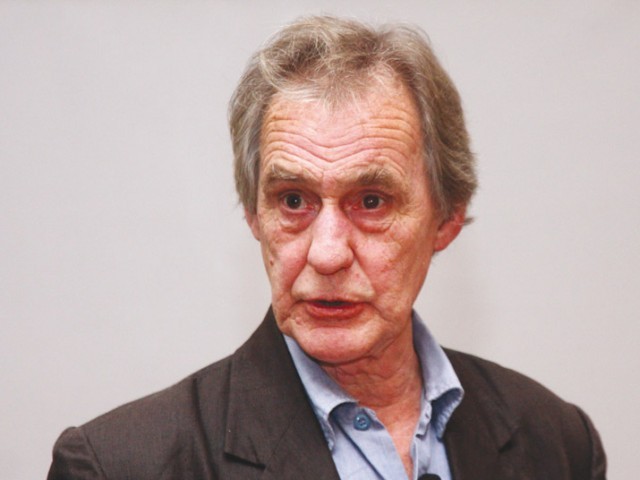 y of the mountain region.

Visiting Gilgit in 1979 renowned historian John Keay observed in his book Gilgit Game “The orchards are justly renowned for their apricots, grapes and apples, and there is even an embryonic tourist industry, a couple of rest houses and a projected luxury hotel cater for the adventurous visitor come to eye the mountains”.

As the area became more accessible, tourism increased. However, domestic visitors largely ignored GB mainly because of accessibility and expenditure issues. Since 2015, nonetheless, thousands of them have thronged the area year after year.

The recent influx, consistent with a rise in global tourism, follows the improvement in Karakorum Highway (KKH), stable peace conditions and publicity of the region through the fast-growing social and electronic media.

Traditionally, the tourist infrastructure of the area was geared towards catering for the adventure travellers. Later, PTDC and privately-owned motels along with guest houses were built forecasting visits/revisits of high-paying foreign guests, who promoted the region by word of mouth. The motels, besides lodging, also offered guided tours/treks of the many landmarks around Hunza, Nagar, Gilgit, Phandar, Shigar and Skardu valleys. The infrastructure has steadily improved with time.

If John Keay visits Gilgit or Hunza in 2018, he will be greeted with star-status motels unlike the “dusty little bazaar” and “embryonic tourist industry” he saw on his first visit. 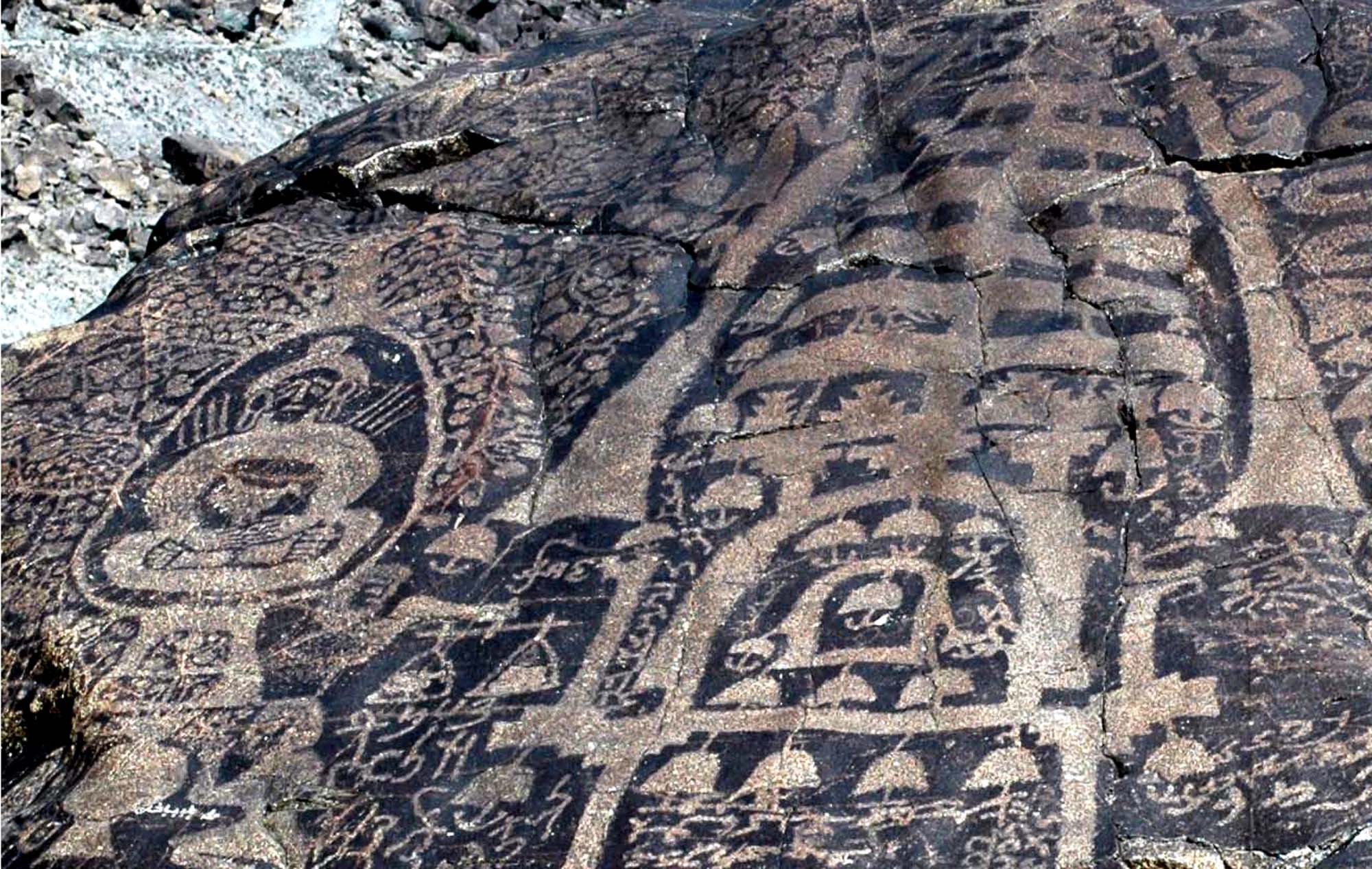 Hotel owners in GB, especially in Hunza and Gilgit districts, admit that during the heydays of international tourism, they used to shun domestic tourists – some even told upfront that they were not welcome. The preference to foreign tourists was because of their higher spending capacity compared to their domestic counterparts. International tourism sharply declined after 9/11 and later the Nanga Parbat incident in 2013. The motel owners realised that their earnings were now tied to domestic tourists as the owners of grandiose motels, built on bank loans, faced default after revenues nosedived. 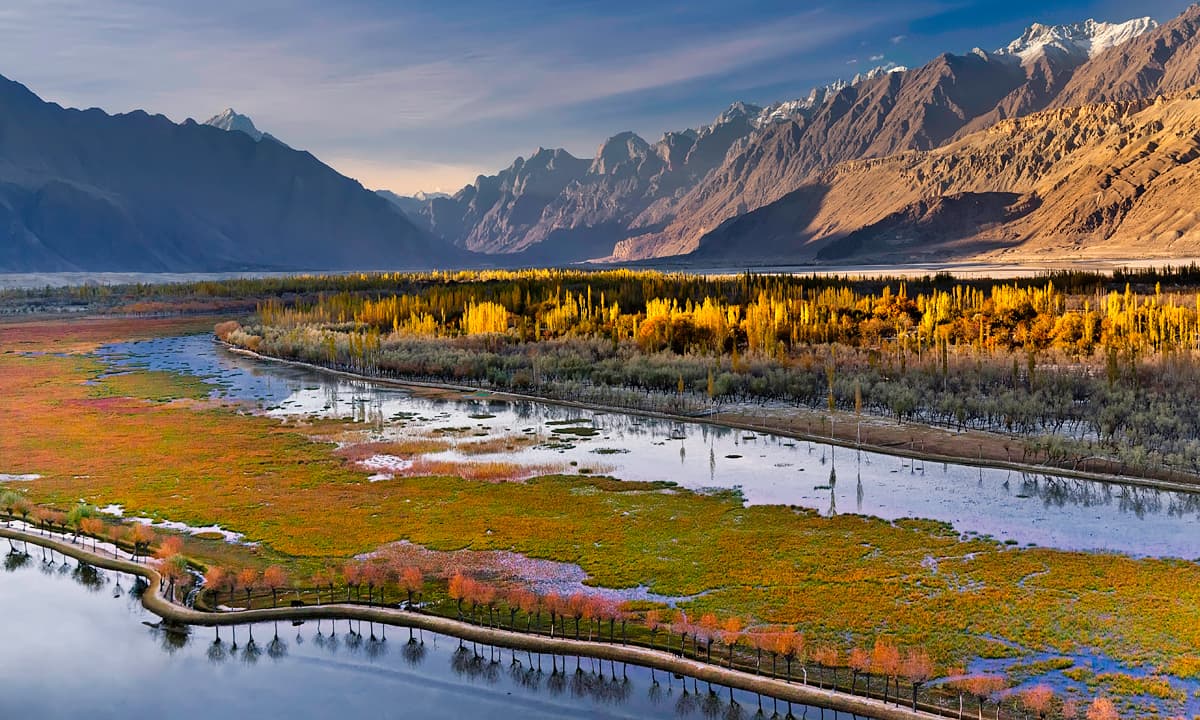 In 2014, UK became the first Western country to lift travel advisory for its citizens against visits to GB. The decision reaffirmed faith on the region’s peaceful environment, which had suffered after the incident of 2013. The recent expedition by Polish and French climbers to Nanga Parbat shows growing safety perception.

The upsurge in tourism also exposed the region’s inadequate facilities and infrastructure. Contrary to the much-hyped “visit Gilgit-Baltistan”, the region was ill-prepared to meet the decent accommodation and other facilities to the thousands of tourists. During the summer of 2016-17, the peak season of tourism, some first-time travellers reportedly spent the nights in their vehicles after failing to get a room in hotels. A few camped in the parking lots of markets, on roadsides, crop fields, orchards, makeshift ‘rest houses’ and wherever they could hinge a tent. GB government announced a tent city as free lodging but it wasn’t enough to deal with the tourist deluge. Meanwhile, petroleum crisis also hit the region as the stock at PSO depots exhausted. Tourist complaints about inadequate living, dining and information facilities made headlines in the local papers.

According to Muhammad Ali, Joint Secretary, Pakistan Association of Tour Operators, there are only 540 hotel rooms in Gilgit, Hunza and Nagar districts which are insufficient to cater the increasing number of visitors. Mr Ali who represented Pakistan along with GB Government at the ITB in Berlin and later at the WTM in London last year, said: “There are 54 hotels with 709 rooms in the whole Baltistan Division, comprising Skardu, Shigar, Kharmang and Ganche district,” Ali said. He suggested increase in the number of quality hotels besides updating the designated tourist list, prepared in 1996, to include new tour operators and discard the defunct ones.

However, in the backdrop of GB’s long experience of handling tourists of all hues, the following steps should be taken to improve the situation.

Firstly, tourism policy in GB needs to look beyond the “Visit Gilgit-Baltistan” framework. The paradigm shift from “visit-GB” to “what-now-when-they-have-visited” will help explore better ways of facilitation, management and resource mobilization. More tourist facilities can be introduced in collaboration with private sector and NGOs.

Secondly, hotel rents should be rationalised and publicized before the start of the tourism season and monitored for compliance by the district authorities. The hotel owners, making a windfall out of the choice fewer tourists, act to kill the golden goose by overcharging, for GB still relies on word of mouth for the promotion of its tourism.

Thirdly, tourism needs to be treated as an industry in GB with great socio-economic benefits for all sections of the population by giving incentives to the stakeholders. Besides better infrastructure and information, projection of the lesser-known yet culturally and historically important areas is needed. The region’s unique cuisine and Buddhist footprints in Gilgit,Hunza, Ghizer and Skardu have so far been neglected.

Fourthly, issuance of tourist visa needs to be made easier. On-arrival visa facility is a step in the right direction. GB, and for that matter the whole country, cannot expect to sustain the recent boost in tourism without facilitating those visiting us from inside and outside the country.

Last but not the least, the hospitality of the region’s inhabitants — often ignored by non-local policy drafters — can be capitalised. In fact, local hospitality is a frequently cited hallmark of the region by outgoing visitors, tourists and otherwise. India is already treating hospitality as an industry. Public awareness campaigns regarding the importance of treating the tourists well – already considered ‘guests’ by the majority of the locals–needs to be improved. Tourist information desks, already set up by the government, can play an important role in this regard. Such initiatives assume more importance in the era of CPEC.

The writer is a freelance contributor based in Gilgit. He tweets @zameer_abbas