We are pleased to announce the soft launching of the High Asia TV transmission with an exclusive talk show on the geostrategic, ecological and economic importance of the less known High Asia region also called as ‘Roof of the World”, a metaphoric description of the complex of mountain ranges comprising the Himalayas, Hindu Kush, Pamir, Tian Shan, Altay Mountains, Kunlun, and Karakoram with special focus on Gilgit-Baltistan’s constitutional, political and governance issues.

Sadly, this important region has been missing from the mainstream policy discourse on Kashmir and media. The objective of the show is to generate informed debate on geopolitical, social, ecological and cultural issues of High Asia regions.

In the first episode of a two-part High Asia Exclusive talk show, panelists with diverse backgrounds discussed the complex issues of GB from social, political, anthropological, cultural, linguistic, development and governance perspectives and suggested solutions to the burgeoning issues.

The High Asia Media Group, which manages and runs The High Asia Herald, High Asia TV, High Asia Radio and Baam-e-Jahan, will try its best to provide a platform for informed debate on these issues to bring High Asia communities closer.

Introducing and moderating the programme, Safiullah Baig, a cultural and development expert highlighted the importance of GB particularly its unique ecology, history, and culture. He explained the ecological and geopolitical importance of GB and the fight against the emerging global climate change.

As described and documented by western and colonial travelers and writers, GB was assigned a peripheral and buffer status under the ‘Great Game’. Since the partition of the subcontinent and the so-called independence from Dogra rule, GB was kept as the disputed area by Pakistan denying the people of the fundamental rights for more than 70 years. The plight of people of GB and the destruction of its ecology hardly gets attention in the mainstream media.

Safiullah Baig briefly mentioned the objective of High Asia TV and said: “People of GB need access to a media platform for serious and informed debate on major challenges.”

A society operating in power vacuum and in absence of social contract ultimately turns into a blackhole that devours everything, Aziz Ali Dad

He reflected on GB’s history and contested accounts of colonial writers, and suggested political and constitutional options to build an alternative narrative to safeguard the interest of the young generation.

Setting off the debate, Aziz Ali Dad, a noted researcher, and columnist said Gilgit-Baltistan’s society is operating in a vacuum after the break down of old social contract. “A society operating in a power vacuum and in the absence of social contract ultimately turns into a blackhole that devours everything,” he commented.

GB, according to Aziz, once having its own economy and social setup is now going through the process of disintegration and disruption. This process of fragmentation introduced from outside is now accelerated by its internal differences based on language, ethnicity, and faith.

“Long neglect and discriminatory treatment by the state to pursue its strategic interests, the region is doomed to descend into further chaos unless a new social contract is agreed between the people of GB and the state of Pakistan”, he suggested.

According to Aziz: “The society of Gilgit-Baltistan perfectly encapsulated this situation as it is a blackhole devouring our dreams, successes, beauties, aspirations, and sense of community.”

To overcome this situation, “it is important to reimagine social contract in the light of new and emerging realities”.

He further explained that people living in valleys have been forced to become consumers of products, services, and knowledge under the new scheme of integration with the market and through destruction of unique local economy based on use-value of resources, a culture rooted in and shaped by nature and its traditional knowledge systems developed through human experiences. Through these actions, a ‘vacuum’ has been created deliberately in GB.

So far we have kept our people engaged with minor questions, he argued. “We have to subsume everything under the single question of political empowerment. The answer to this big question will resolve smaller questions,” he suggested.

The starting point is to demand a special bill of rights wherein we will decide nature of power relations within and without.

The formal education system that is inspired by internal and external colonialism manufactures a mind that is invested with imagery of nation and divested of collective cultural imaginaire, Aziz said.

One of the reasons for the cultural and epistemic marginalisation of the indigenous communities is the breakdown of the transmission chain of indigenous knowledge and the rupture created by modern education and the knowledge system.

State of Pakistan should end discriminatory treatment and the disputed status of GB,” Izhar Hunzai

When society in the modern age cannot produce knowledge about itself, lacks cultural industry, remains politically disenfranchised and mentally alienated from itself, it becomes schizophrenic as it faces two realities in one gaze, commented Aziz.

Such a situation robes society to negotiate diversity because it faces diversity without the bedrock of its own identity. This precariousness position creates a mindset that tries to internalize the master’s image or master narrative to establish itself as a master of its own destiny. To avoid repercussions emanating from the lost and divided self, there is a dire need to intervene in every site and source through which the centre has succeeded to establish its hegemony.

It is modernity and its rationalization that has created ruptures in societies on the margins. One of the salient features of modernity is the imposition of boundaries and the centralization of knowledge. However, modern communication technology has to a great extent succeeded in defying modern boundaries. 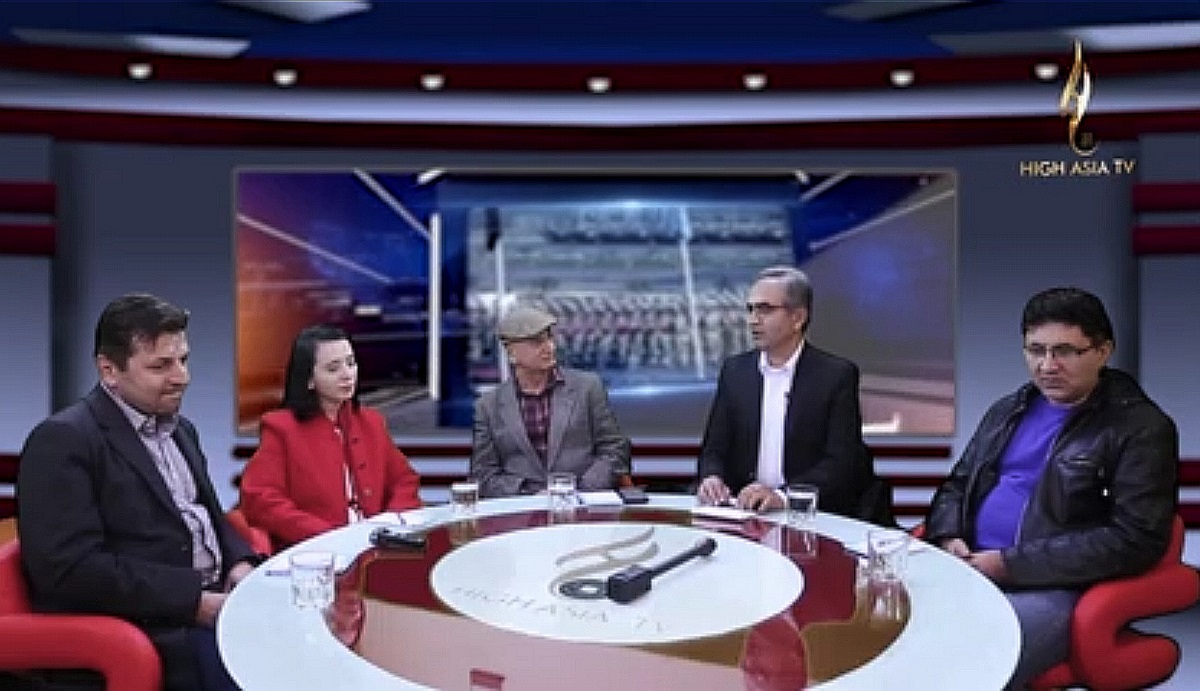 Izhar Hunzai, a social development expert and activist, stressed that the state of Pakistan should end discriminatory treatment and the disputed status of GB.

He suggested that Pakistan should give people of GB representation in the National Assembly or give GB a status of provisional province or AJK-like setup.

“This will be helpful in filling the current vacuum of governance and will pave the way for agreeing on a new social contract.”

He advocated the participation of people in shaping their own destiny and inclusive economic development model for the region.

Fehmida Barcha, a political and woman rights activist, echoed Izhar’s views and explained that a new social contract will only emerge through political struggle and wider participation of different sections of society including women.

Political parties must create an enabling environment for meaningful debate on issues of GB, promote tolerance and harmony among different sects and encourage an inclusive culture of women’s participation,” Fehmida Barcha

She emphasized that political parties must create an enabling environment for meaningful debate on issues of GB, promote tolerance and harmony among different sects and encourage an inclusive culture of women’s participation.

The nation-state model poses more challenges, hence it is important to consider ‘ecological state’ model for GB which will provide a framework for regional integration,” Amir Hussain

Ms Barcha asked national, regional and progressive political forces to come together on a minimum common programme to lift GB out of limbo and enable people to have a democratic future.

Ms Barcha suggested to agree on a bill of rights and build a popular political moment around it.

Amir Hussain, columnist and policy adviser, said that measures such as representation and interim provincial status will not solve basic issues of people of GB as experiences in another province of Pakistan suggest. We need to organise people and wage class-based struggles to end the vacuum and disputed status.

“In this global crisis of climate change, the nation-state model poses more challenges, therefore, it is important to consider ‘ecological state’ model for GB which will provide a framework for regional integration based on ecology and ecological systems,” he suggested.

Pakistan’s successive governments and the security establishment talk about ‘development’ as an apolitical technical matter and use ‘security’ and coercive apparatus to protect ‘development’ to suppress the resistance nationalist and progressive movements.