Professor Faisal Devji on Muslim depoliticisation, Hindu nationalism and historians mimicking detectives. Here is excerpts from an interview with Seema Chishti of The Indian Express

What do you make of contemporary history writing?

As Gandhi realised more than a century ago, history, or rather historical consciousness, had not only come to define the self-proclaimed superiority of western civilisation in the 19th century, but was also used to line up the world’s peoples in a civilisational hierarchy. He thought that modern forms of identity and, indeed, hatred, whether racial, national or communal, were tied up with the historical consciousness of pride, humiliation and vengeance. Gandhi was, perhaps, the only 20th century figure who refused to think historically, attending instead to myth and epic in a properly philosophical way.

Yet, what troubles me about contemporary history writing is not the now marginal topic of civilisational hierarchy, though it has made a comeback in popular and political discourse. Instead, I find objectionable its fixation on the trope of archival discovery, as well as the obsession with evidence deployed so as to make groups or individuals responsible for some situation or event. This is an old-fashioned approach to the past, in which historians mimic detectives, lawyers and judges as if they were instruments of the state.

It has been said that whatever you can rightly say about India, the opposite is also true. Is that the case today, too?

It’s a cliché that recognises both the immense diversity of India, but also its many real and potential contradictions. While liberals tend to focus on the country’s diversities, those on the left as well as the right, look at its contradictions, and so are the more serious political thinkers. Only by recognising the various antagonisms that striate Indian society, can they be managed and even made politically productive. And, here, the liberal focus on pluralism is more credible than either leftist or rightist efforts to suppress or resolve such contradictions, since it has the potential to address their antagonism by institutionalising rather than dissolving them in democratic politics.

Talking of India in the last three decades, economist Amartya Sen has said that never before have such a large number of people experienced such rapid economic growth over such a short period of time, with such little improvement in social indicators. What is your observation?

India’s economic liberalisation in the 1990s created a new private as well as informal sector that made possible the shift of upper castes outside public institutions and even government. They could now influence the state from a reinforced, if not quite autonomous, marketplace. Meanwhile, and partly as a result of the Mandal Commission, groups like the OBCs, entered politics and government in large numbers, creating a new set of relationships between these units of Indian society. Adivasis and Muslims, and, to some degree Dalits, however, remain largely confined to the informal sector, and, so, outside this new caste contract between public and private sectors.

It is, perhaps, because liberalisation has been so uneven and socially fragmented that economic growth and social indicators have remained so far apart. On the one hand, we have the new but often still violent political contract between upper castes and OBCs, with Dalits getting an occasional look-in. And, on the other, we have an increasingly depoliticised population of Muslims, and, to a lesser extent, Adivasis, who can, at least theoretically, be included within the national majority. Yet, it is Muslim depoliticisation that results in their occasional victimisation in lynching and discrimination of other kinds, since it is the slow rise of Muslim wealth and autonomy in the informal sector that is seen as posing a threat to their rivals.

In India, do you see a flattening of all identities other than religion?

If Hindutva achieved its greatest success after India’s liberalisation, this was because it was required to build a new kind of national majority with the disintegration of the hierarchical kind purveyed by the Congress. With the rise to political importance of the OBCs and the shift of upper castes to the private sector, a state-defined majority made up of some merely arithmetical alliance of caste, class and communal groups became unworkable. A strongly cultural majority had to take its place in the new situation.
Yet, in some ways, Hindutva gestured to the colonial history of the Congress, when it was perforce a social movement. Having for so long been out of power, Hindutva took on its rival’s colonial role. And, even when it attained political power, the BJP has always depended for its dynamism upon social movements outside the state, to which it might outsource ‘direct action’ to change the law. Meanwhile, Congress has, in some ways, become like a Western liberal party, lacking a base in social movements.

But it would be a mistake to understand Hindutva as a religious or theological movement. Unlike what is known as political Islam, Hindu nationalism has always been uninterested in theological matters and even belief. It is, in this sense, a secular movement, interested in Hinduism only as the culture of a national majority. Its task is not to consolidate or homogenise religious belief or practice, though there is a preference for a muscular Hinduism, but to appropriate the very diversity of such phenomena. In this sense, it differs from 19th century movements like the Arya Samaj, which were dedicated to making Hinduism into a Western-style religion. 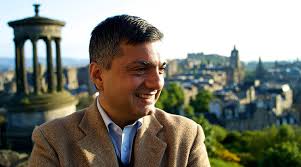 Professor of History at St Anthony’s College at Oxford University, Dr Faisal Devji’s fields of interest include Indian political thought, modern Islam and ethics and violence in a globalised world. He is the author of four books, including Muslim Zion: Pakistan as a Political Idea (2013) and The Impossible Indian: Gandhi and the Temptation of Violence (Harvard, 2012). Devji, 55, was in Delhi recently.

Seema Chishti is a journalist with The Indian Express. She writes on politics, is interested in issues around change in India and identity issues