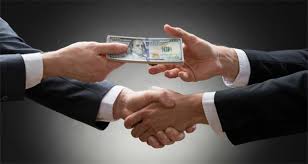 The crusade against corruption launched by the PTI-led government seems to have reached a dead end.

War against corruption is, undoubtedly, a nonpartisan need. The incumbent government garnered vote on this main agenda to end corruption but after 17 months in power, the much-hyped crusade launched by the coalition government led by Pakistan Tehreek-i-Insaf (PTI) to end the menace seems to have reached a dead end.

Corruption in very simple words can be described as misappropriation of public money and misuse of public office for private gains. This practice is not only morally and legally questionable, but is a major source of making unprofitable investments a form of profitable business for the elites in Pakistan. It takes the form of investment in real estate, financially sick industries, approval and implementation of financially unsound projects in the public sector, building portfolios of loss-making loan agreements, and parking black money in foreign banks. There is a whole range of legal and policy instruments as well as rent sharing practices used to make this happen. An important instrument is a high cost of doing business by allowing extortion and obsolete management practices in the government to continue. The list can go on and on.

Rents appropriated by various elites have their origin in cross-subsidy from the poor to the rich, through indirect taxation; abolition/reduction of wealth tax on real estate and capital gains, or acquisition of non-performing foreign loans –which eventually have to be paid back by the poor through imposition of indirect taxation — and subsidized or free provision of capital to the rich (i.e. by the writing off their loans).

Pakistani elites have incited and exploited both patriotic and religious sentiments to subdue, suppress or annihilate opposition to their rent-seeking policies and practices

Corrupt practices not only harm the people, but they hurt the national economy as well. But the introduction of foolproof legislation and rules of business for merit-based procurement, creation of anti-corruption institutions and expression of public sentiments against plundering public resources have not had much success. These observations make us ponder why kleptocracy in Pakistan has succeeded in keeping the meritocracy under its thumbs? Pakistani elites have incited and exploited both patriotic and religious sentiments to subdue, suppress or annihilate opposition to their rent-seeking policies and practices. But taking cover behind religion and state power is a political strategy, it does not explain the context under which rent-seeking classes have become a dominant force in Pakistani society.

In my view, sluggish capital accumulation in Pakistan is explained by the existence of underdeveloped human capital side by side overdeveloped (or subsidized) corporate capital. Pakistan’s ruling classes have kept the masses uneducated, undereducated or unskilled due to their deep-seated fear of competition with the people of ‘low origins’ in public life and the marketplace. This low level of human development has undermined the capacity of people to understand, analyze, question and resist social injustices and extremely reduced economy’s capacity to attract foreign capital like India or China.

Underdeveloped human capital and the high cost of doing business also led to the flight of resources accumulated by rentier classes to foreign countries. It has meant a dearth of capital and crushing load of foreign loans. Working- and middle-class people have found opportunities to grow through entering the informal economy, rural-urban migration or overseas migration. Their efforts to bring about change through democratic means led to the separation of East Pakistan and the brutalization of politics in subsequent years.

Donor assisted ‘governance reform projects’ have offered good examples of blind leading the blind. In my view developing a knowledge economy can provide economic and political foundations for making a meaningful transition to a higher level of human development and neutralizing forces of violence and bigotry. We need to make human development our top priority and seek massive private and public sector investments in education, ​healthcare​ and skill development. We need to redefine our collaboration with conventional donors and development partners. It is time to ask the US and other OECD countries, oil-producing countries and Pakistani Diaspora to make massive investments in building a knowledge corridor parallel to China’s economic corridor. This way OECD countries can keep their presence in the region and align their economic and political interests with the interests of the people of Pakistan. Pakistani Diaspora in North America and Europe can become an important partner in this endeavor.

Fayyaz Baqir is a visiting Professor at the School of International Development and Global Studies (SIDGS) at the University of Ottawa, Canada. He served as Senior Advisor on civil society at the United Nations, and CEO of Trust for Voluntary Organizations. He received top contributors’ awards from UNDP’s Global Poverty Reduction Network.

By Khairuddin Shadani As Pakistan prepares for another round of elections later this year,…