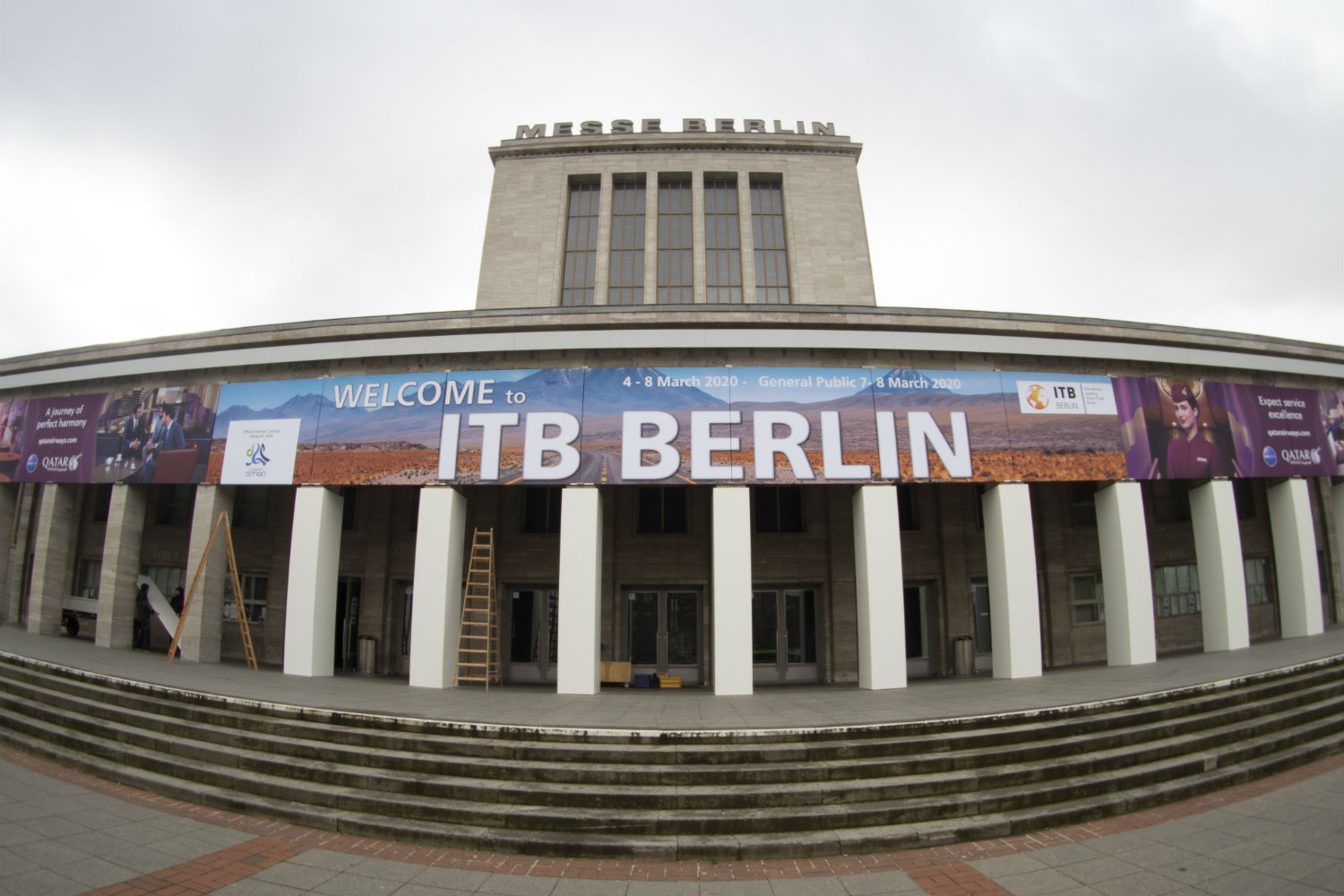 Organisers of the ITB travel trade fair in Berlin, billed as the world’s biggest, said Friday they were cancelling the event over coronavirus fears.

The annual international tourism fair, or ITB, the world’s largest event held in Berlin, has been cancelled, media reports said.

The organisers’ of the ITB trade show have been forced to cancel the event as the world continues to battle a coronavirus outbreak.

As many as 150,000 international visitors had been expected at Messe Berlin, which was due to start on March 4th.

ITB Berlin is considered the preeminent trade show for the European hospitality market, and its loss will be keenly felt across the industry.

Wolf-Dieter Wolf, chairman of the supervisory board of Messe Berlin, explained: “In their now 54-year history ITB Berlin and Messe Berlin have never before experienced a comparable situation.

“We would like to thank all exhibitors and partners around the world who have supported ITB Berlin in the past days and weeks, and look forward to continuing our trusting cooperation with our partners in the market.”

Federal officials in Germany were understood to have been against the staging of the annual showcase, with the risk of further coronavirus infections believed to be too high.

There have to date been around 50 cases reported in the country, with officials keen to avoid further contamination.

Messe Berlin has been pointing out for weeks that the decision to hold or cancel major events can only be made on the basis of the recommendation or instruction of the relevant authorities.

Only these authorities have all the necessary information and expertise to draw the right conclusions, officials said.

In the build-up to the show, ITB Berlin had been seeing strong demand.

Christian Göke, chief executive of Messe Berlin, added: “With more than 10,000 exhibitors from over 180 countries, ITB Berlin is of outstanding importance for the global tourism industry.

“We take our responsibility for the health and safety of our guests, exhibitors, and employees very seriously.

“It is with a heavy heart that we look forward to the cancellation of ITB Berlin 2020, which has now become necessary.”

With 10,000 organisations and companies from over 180 countries attending, the event was fully-booked.

Questex earlier cancelled the International Hospitality Investment Forum, which had also been due to take place next week in Berlin.

“We take our responsibility for the security and the health of our guests, exhibitors and employees very seriously. It is with a heavy heart that we have to look at the necessary cancellation of the ITB Berlin 2020,” said Christian Göke, chairman of organisers Messe Berlin.

The fair was due to open next Wednesday (March 4th), but concerns grew over the viability of hosting huge numbers of visitors as Germany recorded a jump in the number of infected residents.

With confirmed cases of novel coronavirus in Europe’s biggest economy rising above 60, more than 1,000 people were in quarantine in Germany’s most populous state Friday.

The district of Heinsberg in North Rhine-Westphalia said it had to take the step of keeping around 1,000 on their homes as an infected couple had participated in carnival celebrations in mid-February.

Schools and kindergartens were also shut in the district until Monday as the number of cases linked to the cluster reached 20.

++++ ITB Berlin 2020 cancelled. +++ Our team deeply regrets the circumstances & looks forward to welcoming you next year at ITB Berlin, 10 to 14 March 2021. Thanks to all visitors, exhibitors & partners around the world who have supported us in the past days and weeks. #ITBBerlin

Separately, accountancy giant Ernst & Young told its 1,400 employees at its Düsseldorf office and another 110 in Essen to work from home after one worker reportedly contracted the virus.

In Hamburg, dozens of parents and children who were in contact with an infected pediatrician at a university clinic have also been ordered to stay home for 14 days.

With cases now detected across several further German states including Hesse, Baden-Württemberg, and Bavaria, Health Minister Jens Spahn said this week that Europe’s biggest country was “at the beginning of a coronavirus epidemic”.

The government has ordered local authorities in the country’s 16 states to update their pandemic readiness plans.

It also from Thursday began requiring travellers arriving from China, South Korea, Japan, Iran, and Italy to provide contact details in case their movements had to be traced over possible infections.

Of the 10,000 exhibitors expected at ITB from all over the world, 22 would have come from China and 25 others from Hong Kong and Taiwan.

The organisers of the fair – which was slated to run from March 4th-8th – originally expected about 160,000 visitors, but had lowered their estimates somewhat over the last few days.
Yet only a few days before the cancellation, the venue Messe Berlin and the organisers of the ITB had expressed their confidence that the fair would take place as planned.
In the course of the week, the requirements for exhibitors were then tightened.
For example, no participants were to be admitted who had been in risk areas, or who showed symptoms of the virus.
Meanwhile, the ITB in China, which was planned for May, had already been cancelled by the organisers last week.
Load More Related Articles
Load More By thehighasia
Load More In Disaster
Click To Comment