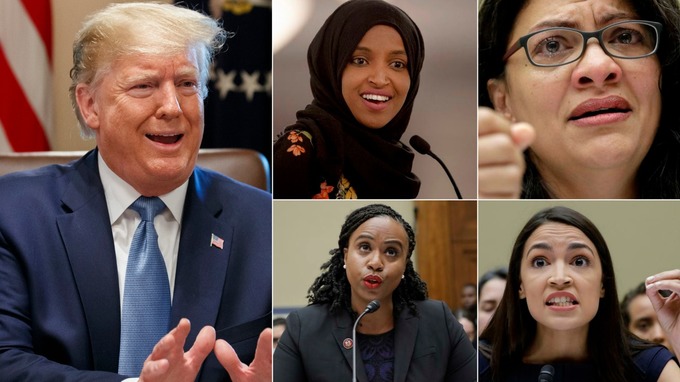 Yesterday, the president of the United States “fanned the flames of a racial fire.”According to a panoply of major news outlets, Trump “starkly injected” “racially infused” and “racially charged” words into a morning tweetstorm; the language he used was “widely established as a racist trope” and “usually considered an ugly racist taunt.” The remarks were “called racist and xenophobic”; “denounced as racist”; an “example of ‘racism’” (note the quote marks).

What had Trump said to necessitate such pained lexical contortion? He’d told a group of left-wing Democratic Congresswomen to “go back” to “the totally broken and crime infested places they came from.” Of the lawmakers Trump appeared to be targeting, all bar one—Ilhan Omar—were born in America. Irrespective of that context, Trump’s attack wasn’t racially charged; it was just racist, by any useful definition of the term. Why didn’t our media say so?

Outlets including BuzzFeed, The Guardian, CNN, Mashable, and Rolling Stonedid directly call Trump’s tweets “racist” in news articles. The New York Times—which was otherwise responsible for three of the tortured euphemisms above—managed it, too, in a post asking readers to submit their own experiences of the “go back” attack. On Twitter and in opinion pieces, individual reporters and commentators went further. Times columnist Charles M. Blow called Trump “a raging racist”; Goldie Taylor, editor-at-large at The Daily Beast, wrote that Trump’s tweets were “unapologetically racist,” and that “if you support him, so are you.” Jamil Smith, of Rolling Stone, tweeted: “President Trump is a white nationalist, and telling folks to go back to Africa—and to Palestine and Puerto Rico, apparently—is what white nationalists do.”

On the whole, however, the news desks of mainstream news organizations did not call the tweets racist, or at least did not do so consistently across their output. (CNN, for example, used “racist” and “racially charged” in different areas of its coverage.) “Racist” often appeared in quote marks, which was a cop-out: “Reporters and anchors took the story seriously but largely leaned on ‘critics,’ primarily Democrats, and cited their accusations of racism,” CNN’s Brian Stelter notes. Centering the voices of those who experience racism is important, but it is not, in itself, sufficient: here, “the significance of Trump’s words risked being lost in a partisan fog,” as Stelter points out. The Intercept’s Mehdi Hasan was blunter still. “Historians will look back on the US media’s refusal to use the L (lie) and R (racist) words in relation to Trump as one of the most inexcusable, cowardly and shameful features of this horrific political and media era,” he tweeted. 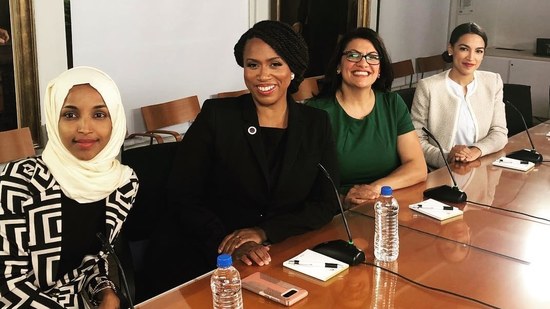 The debate around the “R word” is not new; nor, at this point, does it seem especially controversial. The Associated Press Stylebook—a trusted arbiter for newsrooms nationwide that is hardly known for its leftist radicalism—ruled in March that we should “not use racially charged or similar terms as euphemisms for racist or racism when the latter terms are truly applicable.” (Interestingly, the AP’s lead story on Trump’s tweets does not use either term without attribution.) So why do the euphemisms persist? As has been the case with the “L word,” perhaps a minute parsing of Trump’s intentions is responsible. (Did he mean to be racist/lie? How can we really know…) Maybe institutional style guides have not been adequately updated amid the unceasing torrent of news. The most likely explanation is, perhaps, the simplest: a residual, old-school squeamishness in newsrooms around charged words that—before Trump broke all the rules, at least—smacked of opinion or activism.

Calling a president’s words “racist” or “a lie” can legitimately be thorny. Should we throw the words around? Probably not. But we should use them when they accurately reflect the truth. Very simply, that’s our job. Go back to where you came from is textbook racism. When we contort ourselves to dance around that fact, the truth is injured.

Below, more on Trump’s words and the weekend news cycle: