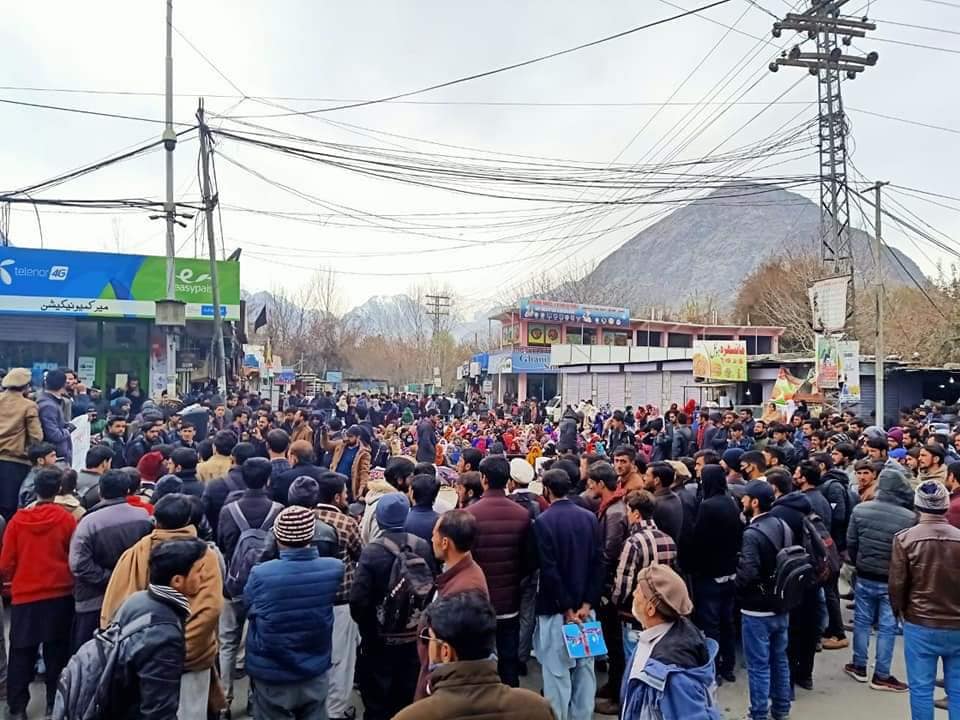 Gilgit: Protest by students of Karakoram International University (KIU) continues against the increase in tuition fees, but the university and the government authorities seem unmoved.
The Protesters warned that if their demands were not approved, the chief minister and the governor would sit in front of the house.
Varsity anesthesia fees have been increased by 50%. This is the second increase in fees this year. In response to this, students have become agitated protests. Because students say the majority of them belong to lower-middle-class families who cannot bear the burden of inflation during this time of inflation.
University students have formed a coalition called the Karakoram Youth Forum to include fees, which include regional, political and religious student organizations.
Students say that despite seven days, no one has been contacted by the university administration.
It should be remembered that the current change government has cut 50 percent in the budget of the social sector, including the Higher Education Commission, against which there are protests across the country.
Students say that like the previous governments, the change government has lowered its knees in Washington. All the requests for a break in the school are left behind and the entire country is mortgaged.
The local ruling elite is only interested in the Islamabad elite. All the weeds of capitalists and rich people are being brought to the poor.
The right of every human being, including education and treatment, is being stripped of the common man. Students are deprived of education, young people are being unemployed, working hard is forced.
The HEC’s budget cuts of 50 to 60 percent mean a 100 percent increase in fees, or perhaps even more, the termination of the Prime Minister’s Special Fund allocated to all scholarships and backward areas and suspension of senior degrees.
Besides, eligibility for eligible students has also been eliminated. Fees are being increased wisely and programs like M.Phil and PhD have been abolished in many institutions.
Students say Imran Khan’s government came to power on the basis of youth power, but as soon as he came to the government he withdrew from his promises and sacrificed the basic human needs of health and education such as the IMF’s policies. We demand that 5% of the GDP be allocated for education while reversing decisions such as deductions in education budgets and elimination of scholarships.
A limited number of young people have access to higher education and their degree is not secure even after a degree. And the government is currently making it more difficult to achieve education by cutting the IMF’s Emma education budget.