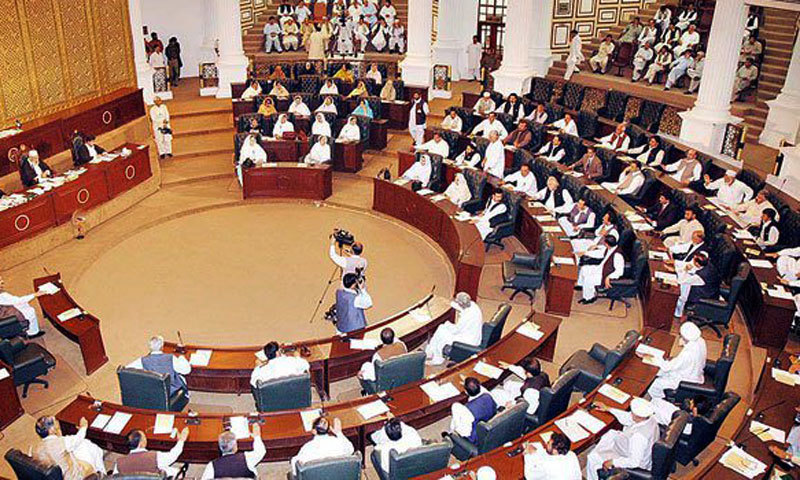 All inquiries, investigations and references initiated by the defunct commission shall be transferred to Anti-Corruption Establishment (ACE). Regular employees of the body and Ehtesab courts shall be given an option to continue their services as surplus employees or accept the golden handshake, offered by the government as per its policy.

Mutahidda Majlis-i-Amal MPA Malik Zafar Azam walked out of the house when his amendments were not accommodated in the bill while Awami National Party MPA Salahuddin withdrew his amendments after the treasury benches opposed the same.

The bill was passed with majority.

The Ehtesab commission established in 2014 was a brainchild of PTI chairman Imran Khan, who wanted speedy and even handed accountability of corrupt elements in the province. But the commission failed to convict a single person during the last three years despite spending over Rs800 million of taxpayers’ money.

“Regrettably, PTI was taking credit when the commission was constituted and now the party’s MPAs are thumping desks to celebrate its dissolution,” remarked ANP MPA Sardar Hussain Babak. He said that the ruling party had misused powers by creating accountability commission in the province at the cost taxpayers’ money.

The House passed Khyber Pakhtunkhwa Continuation of Laws in Erstwhile Provincially Administered Tribal Areas (Pata) Bill, 2018. Muttahida Majlis-i-Amal MPAs from Malakand division boycotted the bill, while other parties of the opposition abstained from the legislation.

The bill was introduced in the provincial assembly on December 12 to give legal protection to all laws and regulations, including Action (in Aid of Civil Power) Regulation, 2011, in former Pata, which was merged with Khyber Pakhtunkhwa in the wake of 25th Amendment in the Constitution in May last.

“If Action (in Aid of Civil Power) Regulation, 2011 is so viable and effective, then why it was not introduced in Peshawar,” argued Mr Khan, adding that the bill did not carry details of laws and regulations. Other opposition members also opposed the bill and urged treasury to provide list of the regulations and laws, which were being continued.

Law Minister Sultan Mohammad Khan attempted to persuade opposition to withdraw its amendments and insisted that the government had no bad intention behind continuation of laws and regulations. He said that omission of Article 247 from the Constitution created vacuum in the area. He said that government had no intention to extend federal and provincial taxes to Malakand.

During question hour, the ruling party was on defensive when ANP lawmaker Sardar Hussain Babak challenged the government to request National Accountability Bureau to probe Kendal Dam project or refer it to the House committee.

He said that cost of the project had increased from Rs817.719 million to Rs2.33 billion. He alleged that he knew people, who allegedly received kickbacks in the project. The federal government-funded project executed in Swabi in 2014.

“The government should accept my challenge and ask NAB to probe this project,” said Mr Babak.

Ministers Sultan Mohammad and Shaukat Ali Yousafzai asked opposition member to go to NAB with all documents. “PTI is against corruption and the MPA should approach NAB instead of challenging the government,” said Mr Yousafzai.

Pakistan Muslim League-Nawaz MPA Sardar Aurngzeb Nalotha asked the government to arrest culprits involved in the rape and murder of three-year-old girl in Abbottabad and register case under anti-terrorism law. He also appealed to chief justice of Supreme Court to take suo moto notice of the barbaric incident.

Speaker Mushtaq Ahmad Ghani read order of the governor to prorogue the session.

Published in Dawn on Dec 28th