The Gapar Aitiev Kyrgyz National Museum of Fine Arts has played a significant role in exploring and preserving the rich history of Kyrgyzstan’s applied and fine arts for nearly a century, writes Snezhana Atanova in the Voices on Central Asia, an online website.

The unique museum collection represents the work of generations of artisans, artists, and curators. They have created, preserved, and popularized Kyrgyz design, handicrafts, and artworks locally, regionally, and internationally.

Mira Djangaracheva said she resigned as director of the national arts museum on December 2 after receiving death threats from supporters of right-wing nationalist movement Kyrk-Choro who saw a recent art exhibition on women issues offensive to traditional Kyrgyz values. They threatened “to tear me apart, to rape me”, said Djangaracheva, a former deputy prime minister, adding that she had asked the police to investigate the threats. “This is a bad sign… Radicals want to run the museum, the ministry, the state policy on culture.” New York Times 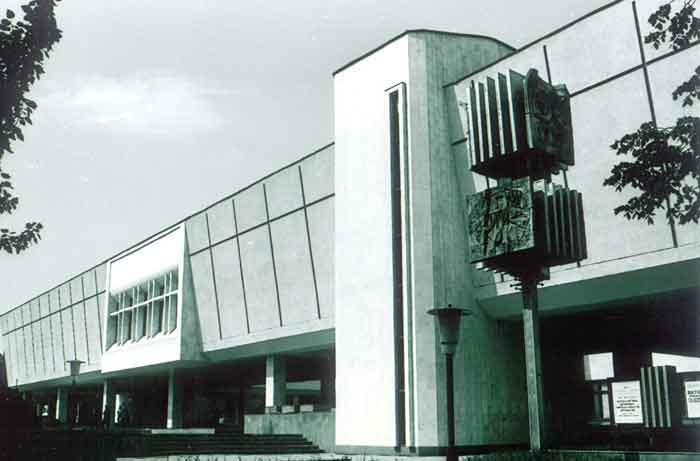 The Gapar Aitiev Kyrgyz National Museum of Fine Arts traces its origins to a small picture gallery that was opened by the Kyrgyz regional committee of the All-Union Communist Party of Bolsheviks in 1934. The Soviet project aimed to promote Kyrgyz art and encourage traditional handicrafts. This ambitious task was first led by the Soviet artist Semyon Chuikov and resulted in the current collection of more than 18,000 exhibits that are currently displayed in the museum across its various sections, including paintings, graphics, sculptures, and decorative and applied art.

The first artistic canvases were donated from the funds of the State Tretyakov Gallery and the People’s Commissariat of Education of the Russian Federation. Very soon, the museum’s collection was enriched with the works of Kyrgyz artists. The unique ethnographic collection of the museum was officially founded in 1967. The museum was further developed in the 40s and 50s when the State Tretyakov Gallery, the Hermitage, and the State Museum of Oriental Art all presented exhibits. Later, the collection was replenished thanks to ethnographic expeditions to all regions of the republic. Today, there are about 3,000 ethnographic exhibits in the museum.

The oldest museum artifact dates back to the end of the 19th century: a jewelry piece made of silver, enamel, and corals. Other unique items include clothing samples that date back to the beginning of the 20th century, such as men’s suede trousers decorated with rich embroidery, as well as a woman’s embroidered skirt (beldemchi) and a woman’s headgear (kep-takyya). The most modern museum exhibit is a felt floor carpet from the late 1980s, made using the application technique. For reading a complete story click here.