While we’re losing biological diversity, we’re also losing linguistic and cultural diversity at the same time. This is no coincidence. 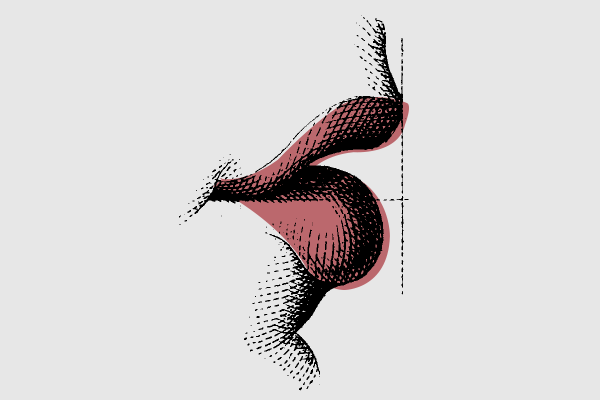 The world is getting uncomfortably warm. At present, much of Europe is suffering under a heatwave of record-breaking temperatures. It’s so hot that piles of manure are spontaneously combusting and setting off wildfires in Spain. Across the pond, mussels looking to cool off on Californian beaches are actually cooking in their shells and starfish are melting. This is not good, to put it mildly.

Meanwhile, in many parts of the United States, you just might not know it. Around 90% of US homes are air-conditioned, compared to a paltry 5% of European homes. In modern buildings, the climate is controlled through mechanical means. A heck of a lot of energy is needed to avoid climate realities. Builders in the U.S., especially in more hot and humid climes in the south, are wont to warn homeowners not to even open their windows, lest nature seeps in, and mold eats away at the very walls. This is the way many of us live now, isolated from the outdoors.

So while things get relentlessly warmer elsewhere it’s not surprising that our language about it stays just as cool, calm, and collected as our sterile living environments. We prize the sober language of science, but too often it’s incomprehensible jargon. In the media, the so-called “neutral” language that hedges its bets and avoids alarming anyone with any uncomfortable emotions abounds. It bears repeating that the blandly uninformative term “climate change” was popularized by notorious Republican political language tweaker Frank Luntz as “global warming” was seen as too scary.

There is an ongoing debate about whether it’s even productive to frame the admittedly scary evidence in realistically scary ways. The time for debate, some say, is running out. Media organizations such as The Guardian in their new style guidelines, following the lead of many scientists, are attempting to change the deceptively passive “neutral” language we’ve been encouraged to use about the climate catastrophe to better reflect both scientific accuracy and the true gravity of the situation.

The language we choose to use the environment matters. But is anyone really paying attention? The general public doesn’t seem particularly alarmed so far. When the unbearable heat of summer is something to be viewed comfortably from a window, keeping nature and its insidious dangers very much at bay, how can we really feel the full impact of what’s happening out there in the world?

Measured language about environmental crises is valuable in the right contexts. But it turns out that language has a much more powerful role to play in ecological survival than just describing the disturbing environmental outlook. And if we can effectively use language to help to save the natural world, well, a language may also end up saving itself.

At first glance, it may seem that language has little to do with nature and the environment. As an inherently human trait, language itself could be seen as simply an expression of just how exceptional human beings are, and how far we’ve progressed technologically, leaving nature, red in tooth and claw, far behind.

In English, we use special pronouns for people, but a dehumanizing “it” for everything else.

Linguists have long been interested in “ecolinguistics,” the kind of language we tend to use to frame environmental issues. Our ecolinguistics can reveal our beliefs. Linguist Michael Halliday argues that inherent in the very anthropocentric grammar of our languages is the ideology that humans are special beings quite apart from the rest of the natural world and that unlimited growth and human exploitation of natural resources are normal and unremarkable. Halliday points out, for example, that in English we use special pronouns for people, but a dehumanizing “it” for everything else. We not only refer to oil, energy, water, air, trees, and suchlike as resources, but we also tend to use mass and uncountable nouns for them, suggesting they’re inexhaustible. In pairs of contrasting words, the “growth” word is always regarded as neutral: “It is always: how fast is the car (not how slow), how high is the building (not how low), how big is her income (not how small).” It would be marked to say it the other way around. We don’t generally notice these ideological assumptions we make, but our language reveals how we see the world as a culture.

Well, we’re only human. Our language may show how separate we are from nature, but the relationship between the natural world and natural language is far deeper than we realize.

It’s a kind of tragedy, slowly unfolding, with their uncertain futures intertwined.

Researchers have found a strong correlation between biodiversity and linguistic diversity. We are in the midst of a mass extinction event, a biological annihilation that will see diverse animal and plant species decimated, thanks to destructive human activity. And at the very same time that we’re losing biological diversity, we’re also losing linguistic and cultural diversity — languages are dying at an alarming rate. Linguists predict that the majority of the world’s languages may be no more by the end of the century.

This is no coincidence. Studies have shown that most of the world’s hotspots for biological diversity, from the New Guinea Wilderness Area to the Guinean Forests of West Africa, are also where, puzzlingly, we find the most linguistic and cultural diversity, unique to those regions. The two, somehow, go hand in hand. In fact, out of the over six thousand remaining languages in the world, nearly five thousand of those are in regions that have high biodiversity. Complex biological environments are linked to the rise of linguistically diverse populations, often small indigenous communities of a handful of speakers yet surviving. There are complicated factors as to why this might be so.

Globally, the human (particularly European) expansion of people, their crops, their diseases, and their languages ran roughshod over the diversity of biology, as well as the diversity of culture and language. Researchers think that the ongoing cultural traditions of indigenous groups, their economy, and the management of their local environments in more remote regions allowed biodiversity to thrive.

What this correlation suggests is the natural world is central to the human experience. Yet many of us choose to live apart from real nature.

One thing to consider is there’s a natural human tendency to classify, organize and name the things in the world that are important to the human experience, such as color or shapes. These are “folk taxonomies,” or ways that communities have of conceptualizing their local knowledge. Anthropologist Brent Berlin and others found that there are universal patterns in how humans name the biological species in their environment. All languages and cultures classify names for plants in a similarly organized, not arbitrary way: Lexicons of botanical names increase from generic (such as “oak”) to more specific categories and varieties (such as “post oak” and “white oak”) as people develop a growing awareness of certain plants around them.

When hardly anyone really knows the names of plants anymore, much less notices them, why should anyone care?

When nature has an abundance of unique species and habitats to describe, what we find in these linguistically diverse indigenous communities is a rich folk taxonomy and traditional knowledge of the surrounding environment. Which plants have a relationship to each other? Which plants are edible and which are toxic, which plants have certain uses for humans and which for animals? This is a valuable way of looking at the world that is often encapsulated in the very names of the plants, offering information that can’t be quickly discovered by scientists in the field.

In our nature-poor modern environments, when hardly anyone really knows the names of plants anymore, much less notices them, why should anyone care? Plant enthusiasts looking to learn more about plants generally value their precise scientific nomenclature while common names of plants, as poetic as they may be, are often less valued. After all, if folk taxonomies end up labeling plants that aren’t actually berries “strawberries,” or calling a plant “poison oak” even if it isn’t related to oak at all, or if many people don’t consider “trees” in the category of “plants” (as many don’t), what use are these folkloric ways of seeing the world? But these common names aren’t wrong. Scientific terms in Greek and Latin, often disconnected from a local environment, aren’t always informative to the average person. Poison oak, for example, is a name that asks you beware of a plant with oak-like leaves. These folk names may often contain valuable descriptive knowledge that given the vast variety of plants not yet fully classified, may not be available anywhere else but from the local people who live in that environment.

When we prioritize what we assume to be the cold, clinical language of progress, or accept the primacy of one language, English, as the global norm over other ways of speaking, we lose far more than linguistic diversity.

What some researchers have found is that in most languages, including English, there is a high correlation between folk and scientific classifications. Indigenous communities actually classify species in their language in an organized fashion just like scientists do, and what’s more, they’ve been doing it for years. A case study on the Dai people in China and their folk taxonomy of thousands of unique plant species in a tropical rainforest showed that their extensive indigenous knowledge and ability to identify and classify plants were highly accurate and comparable to a field botanist’s. In a time of rapid species loss, this knowledge could be put to use for the quick conservation of both regional biodiversity as well as linguistic diversity, rather than waiting for trained field workers.

Unfortunately, scientists in the field don’t necessarily value indigenous folk knowledge, seeing it as quaint, superstitious, or unscientific, rather than useful.

A study of the Colorado Plateau ecoregion shows that it is rich in rare plant and animal species and with twenty-four tribes represented, it has more speakers of American indigenous languages than all other regions of the United States combined. Yet even as environmentalists turn their attention to saving the region’s biological diversity, there’s been little attention paid to conserving the cultural and linguistic diversity.

Few communities have been asked to collaborate in the management of their own local environments, in the creation of national parks or restoration of wilderness areas, possibly because of this assumption that they lack the right training. While trained specialists focus on conservation, they may often ignore as irrelevant the vast traditional knowledge of the indigenous population that has lived there for years, an oral history which is fast disappearing as speakers die out.

This article was originally published in JSTOR Daily pages,

Chi Luu is a peripatetic linguist who speaks Australian English and studies dead languages. Once a month, she’ll uncover curious stories about language from around the globe for Lingua Obscura.