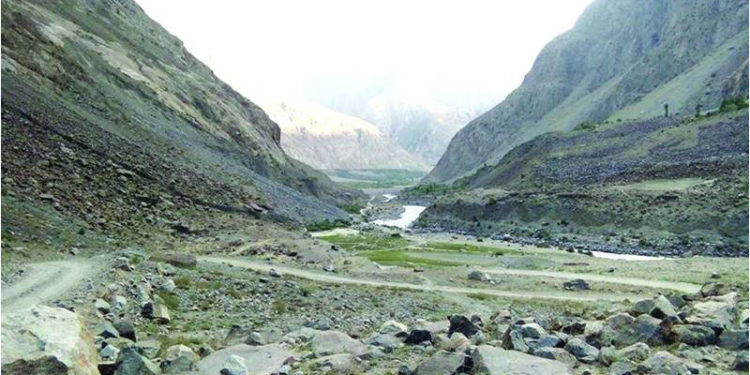 Prior to Aman-ul-Mulk’s ascension to the throne of Chitral in 1858 the fortunes of this deep valley set amongst the heights of the Hindu Kush were very different. Chitral has long had a tradition of kingship, and indeed the early signs of nationhood, since at least the days of the Chinese Book of Tang, when it was a Buddhist kingdom known to the Tang as Qieshi. By the time of Amanul Mulk, the situation was different. Chitral was a divided land. The Mastuj and Yarkhun Valleys were under the rule of the powerful and warlike Khoshwaqt Dynasty of Yasin, whose founder was a brother of Mohtaram Shah I, the first Katoor ruler. The rest of Chitral was ruled by the Katoors, a dynasty of local origin which had been in a constant state of war, struggle and exile for the past two centuries. Aman-ul-Mulk, due in large part to his intelligent and astute mastery of the art of war and politics, changed this and turned Chitral into a regional power.

Amanul Mulk, called Lot Mitaar or the great Mehtar in Khowar, was the younger brother of the then Mehtar Mohtaram Shah-III, known as Adamkhor (The Cannibal) for his ferocious temper and unmatched skills in swordsmanship. Amanul Mulk was known for being the most sociable and intelligent son of this father Shah Afzal and had a considerable following among the Chitrali nobility. The Chitralis have always been politically mature people and when Adamkhor’s tendency to behead whoever said anything he disliked became a serious threat to all of his courtiers, they conspired to have him imprisoned and Aman-ul-Mulk elevated to the Takht.

The Chitral he inherited was a poor and desperate principality. Two centuries of incessant warfare, with Lower Chitral constantly being invaded by the Khoshwaqts and Badakhshanis from the north and raided by the Pashtuns to the south had made the society highly turbulent and fragile. The Khoshwaqt house though was already in decline by the time Aman-ul-Mulk became Mehtar. Their wars with the Dogras had weakened them considerably and they were no longer in a position to fight a two-front war with both Kashmir and Chitral. The Khoshwaqt ruler at the time Raja Ghulam Mohiuddin – known popularly as Pahlawan or wrestler – happened to be a nephew of Aman-ul-Mulk. He not only made peace with his uncle but also accepted his overlordship and agreed to his informal control of Mastuj and to accept his advice with regards to external relations. Now, with the entire Chitral Valley in his hands, it was time to look south.

The Khanate of Dir, Chitral’s southern neighbor across the Lowari Pass, was at the time the strongest entity in a region then known as Greater Bajaur. The Khans of Dir belonged to the Malizai sept of the Yusafzai tribe and were a rare house of hereditary chieftains among the otherwise democratic Eastern Pashtuns. At the time they controlled not only Upper and Lower Dir but also most of Bajaur and the west bank of the Swat River. During the early days of Katoor rule, when they were often deposed by remnants of the old Raees Dynasty, who were originally from Badakhshan, the Katoor rulers would take refuge either among the people of Bashgal (now the Afghan province of Nuristan) or in the territory of Dir. The Katoors also relied heavily on mercenary forces composed of Bashgal ‘Kafirs’, Kohistanis and Yusafzais to battle the Tajiks of Badakhshan. Because of this and the overall timid and peace-loving nature of Chitralis, the Khan of Dir demanded that the Chitrali region of Narai in the Kunar Valley and Ashurait, the Valley in Lower Chitral leading up to the Lowari Pass, should be ceded to him and that the Mehtar pay tribute to Dir.

In the year 1862 Aman-ul-Mulk received the Khan’s demands and sent a letter in reply. Not only did he refuse to cede any territory to Dir or pay tribute, but he also demanded that the Khan come to his court in person and apologize. The Khan responded by sending a lashkar across the Lowari to occupy Ashurait. Aman-ul-Mulk sent one of his sons Shahi-Mulk, the then governor of the Drosh region of Lower Chitral, to expel them. Shahi-Mulk did this with ease and then proceeded to cross the snowbound Lowari in winter and invade Dir! The Khan was in shock: the Chitralis were about to reach the town of Dir itself. After taking the village of Kulandai, Shahi-Mulk had reached the outskirts of Dir when the Khan’s lashkar met him at a narrow point near the village of Panahkot. The Chitralis decimated the force and to this day that village is known as Qashqariaan, or the place of the Chitralis. The Khan sued for peace and the following spring went to the court of Aman-ul-Mulk, unarmed and alone according to his original instructions and issued his formal apologies.

Badakhshan always considered Chitral to be a part of its territory and went to great lengths and expense to subjugate the Khows. The Khows of Chitral are a Dardic Indo-Aryan group and have always maintained close relations with their fellow Dards in Gilgit. They never thought of themselves as Badakhshani Tajiks or even subjects of Badakhshan. Thus one of the last independent Mirs of Badakhshan, Mir Mahmud Beg, demanded that Aman-ul-Mulk pay tribute or face invasion. In a long letter written in flowery Persian, he boasted of his descent from Mir Sultan Shah Azdaha, and warned the Mehtar that he had a standing army composed of Afghans, Uzbeks, and Tajiks (“the greatest fighting nations in the world”), whereas he had docile Chitralis who only knew how to dance! Aman-ul-Mulk responded that he himself was also a Chitrali and was proud of the fact and as for assistance; he only needed Allah’s help.

The Mir’s army gathered in the Lower Wakhan to invade Chitral. Traditionally the Badakhshanis had used the Dorah Pass leading into the Lot-Kuh Valley as direct means of reaching Chitral Town but this time they were using the easier Boroghil Pass as they wanted to cross over with a large cavalry contingent in the classical manner of a Central Asian horde! Aman-ul-Mulk called upon his nephew Raja Pahlawan to lead the Chitrali force. Pahlawan chose a defile in the Yarkhun Valley, which traditionally marked the boundary between Yarkhun and the Boroghil Steppe, called Darband. He built temporary fortifications on either side of the ravine and waited for the Badakhshani Horde to advance. At night he laid out a large rope to act as a tripwire and positioned a smaller group of men just beyond Darband so that the Tajiks would think that the main force was below them. Upon seeing them the Badakshanis charged ahead and their steeds were tripped by the rope. The Chitralis on the hillsides then started to fire their muskets and push down boulders upon the ambushed Badakhshanis.

Thus, right there at Darband, the last classical Central Asian horde to invade South Asia lay defeated at the hands of the Dardic mountaineers. The Chitralis had used the exact same technique at the same location five centuries earlier under their pre-Islamic king Sumalek to stop a Turco-Mongol horde. These tales may have inspired them to use the same tactics against the Badkhashanis that fateful day in 1864.

This was just the beginning of the long and eventful reign of Lot Mitaar Aman-ul-Mulk. By 1880 he would go from being the chief of Lower Chitral to being the possessor of a kingdom stretching from Narai in the Kunar Valley to Sher Qilla just outside Gilgit. Albeit Aman-ul-Mulk was a man of these times. The High Hindu Kush was still in the medieval era at that time. Concepts such as human rights were unheard of, slavery and serfdom existed and even kings would not be certain as to whether they would be alive and ruling the next day or whether they would face a violent death. One must not judge history according to the values of the present day.

That Lot Mitaar was chosen to rule Chitral and that he then went on to become, according to the eminent historian John Keay, the greatest ruler among all the Dards, is a point for all Chitralis to be proud of. It’s not every day that a small isolated mountain valley inhabited by a happy-go-lucky people is able to defeat some of the most formidable nations in history. It is almost like something out of J.R.R. Tolkien’s works!. This article first published in The Friday Times