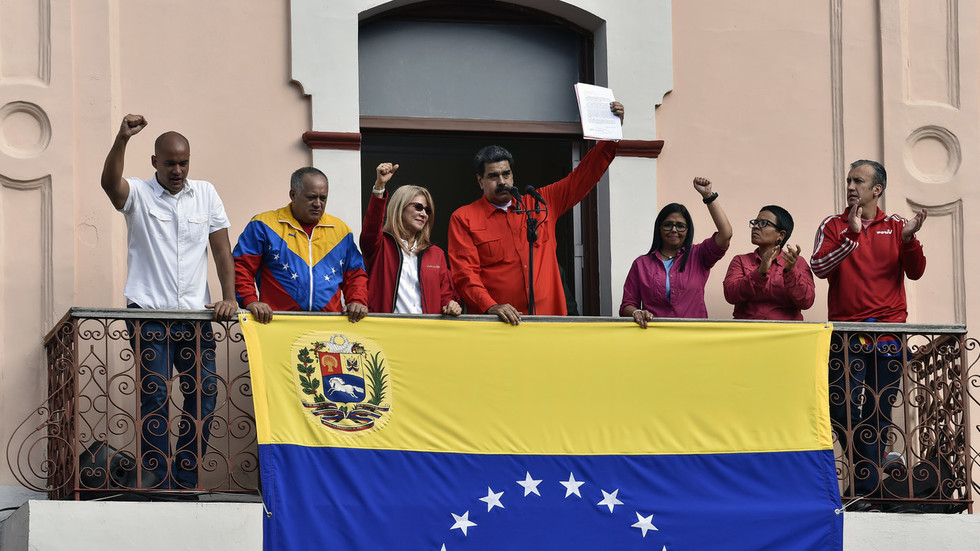 Venezuela’s President Nicolas Maduro said he was prepared to hold negotiations with the United States-backed opposition and added he would support early parliamentary elections, RIA Novosti reported on Wednesday.

“I am ready to sit down at the negotiating table with the opposition so that we could talk for the good of Venezuela,” Maduro told the Russian state news agency in an interview in Caracas.

The US, a dozen Latin American countries and Canada have recognised Guaido as interim president, while China and Russia — Venezuela’s two main creditors — have urged non-interference.

In the interview with RIA Novosti, Maduro also said he would support early parliamentary elections.

“It would be very good to conduct parliamentary elections at an earlier stage, it would be a good form of political discussion,” Maduro said.

At the same time he dismissed the possibility of holding a new presidential poll any time soon.

“Presidential elections in Venezuela have taken place, and if imperialists want new elections let them wait until 2025,” he said in an apparent reference to Washington.

Maduro has been in charge since 2013, but his re-election in May was branded illegitimate by the European Union, US and Organization of American States.

The embattled leader also implied he was firmly in charge of the army whose support is crucial.

Maduro also claimed that US President Donald Trump had ordered the government of Colombia to assassinate him.

“If something happens to me one day then Donald Trump and Colombian President Ivan Duque will be responsible for everything that is happening to me,” he said, adding, however, that he was in good hands.

“At the same time, I am protected. We have a good system of defence in place and moreover, we have more significant protection — this is protection from God who will give me a long life,” Maduro added.

Russia and Venezuela have a long history of ties and Maduro’s predecessor Hugo Chavez, known for his tirades against the US, was a welcome guest at the Kremlin.