The Khyber-Pakhtunkhwa Actions (in Aid of Civil Power) Ordinance 2019 was quietly promulgated on 5th August 2019. The secrecy is understandable. It is a disgraceful law which violates fundamental rights guaranteed under the Constitution. The liberty of everyone in the province and of anyone visiting the province has been made hostage to the army.

Although this may be partly an attempt to give a legislative framework to practical reality, the implications are stark. The army can pick up any individual in any part of the province on the basis of mere suspicion and hold the individual in an internment center for as long as they like without charge. The rationale offered is that the province is effectively in a state of war with “miscreants” and “foreign-funded elements”. The KP Government has conceded defeat in this battle. It has requested the federal government under Article 245 of the Constitution to call in the Armed Forces in certain defined areas in the province.

Article 245 authorises the federal government to direct the armed forces, subject to law, “to act in aid of civil power”. The constitutional contemplation is for assistance to the relevant civil power. That is what the term “in aid of” implies. Under the ordinance, civil power is not being assisted. On matters pertaining to detention, it has been usurped in its entirety by the army in the name of national security. 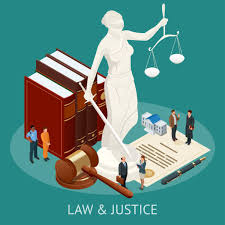 The ordinance defies fundamental principles of justice which are necessary for any civilized society governed by the rule of law. It does so in three ways: First, it authorizes internment. This means unlimited detention in internment centers without charge. While our government rightly criticizes the Modi administration for introducing internment centers in Assam that is precisely what the 2019 Ordinance does in KP. While raising legitimate concerns for rights of people in areas controlled by India, we have lost sight of the rights of our own citizens.

The assistance of the armed forces under the ordinance may be sought within a defined area within the province to secure that particular area. However, this does not restrict the authorities from detaining someone outside the defined area as long as the person is suspected of having committed acts or “has nexus” with acts in the defined area. The net result is that anyone within the entire province can be picked up and interned even if they are not within the area being administered by the armed forces.

The authorities can intern anybody who may obstruct the army, is strengthening “miscreants’” ability to resist the army, is threatening the security or integrity of Pakistan or has committed or is likely to commit any offence under the ordinance.

The right to issue an order of internment is granted to the government or to an officer authorized by the government. The duration of internment is to be until the continuation of actions in aid of civil power. This basically means till as long as the federal government decides. There is no prescribed time limit. There is an oversight board comprised of two civilian and two military officers who are required to review the case of each person interned within 120 days and to make a report for consideration of the provincial government. The board has no power to direct release of an internee.

The legislation also purports to sanctify all previous illegal detentions by stipulating that any person interned pursuant to actions in aid of civil power on promulgation of the law shall be deemed to have been validly interned under the ordinance. If there are no missing persons with the authorities, this provision would not be required.

The second aspect of the law which is troubling is the right to use evidence extracted from the internee during internment in subsequent criminal prosecutions. Confession evidence is rightly viewed with suspicion if extracted in custody and therefore the law provides certain protections. These protections are overridden by this statute and confessions during internment will not only be admissible but also sufficient for conviction.

The third area of concern is the weight to be attached under the ordinance to evidence of members of the armed forces. This evidence is deemed by Section 19(2) of the ordinance to have proved the relevant event and to be sufficient for the purposes of conviction. This is a remarkable provision which makes the relevant army officer deposing in a matter judge, jury and executioner.

It is regrettable that the KP government has promulgated a law that not only violates the recognized principles of justice but also places armed forces in an invidious position. These armed forces who are valiantly protecting our frontiers have been authorised by law to use force, arms, and ammunition against their own people. Section 4(2) of the law provides that the commander of the armed forces shall issue instructions to troops to adhere to the “principles of proportionality” and shall ensure that “collateral damages to life and property shall be minimum”. This is not the language that should be used in the context of an army and its own people. All national institutions should protect citizens. Not be at war with them.

The ordinance undermines the freedom of everyone in KP. It will impact the economy and tourism. It will compromise the reputation of our armed forces and further alienate the local population. It should be repealed immediately.

Ahmad Hosain is a Bar-at-Law, former additional attorney general and an advocate of the Supreme Court of Pakistan.  He can be reached at: [email protected]