“Every suicide is a tragedy that affects families, communities and entire countries and has long-lasting effects on the people left behind,” says the latest report by the World Health Organisation (WHO). Suicide occurs throughout the lifespan and was the second leading cause of death among 15-29 year-olds globally in 2016. Moreover, depression is the most common psychiatric disorder among people who die from suicide. By 2020, depression might overtake other diseases to become the leading cause of death across the world, the report said.

It is a global challenge of mammoth proportions: according to the WHO, one in four individuals suffers from some form of mental illness, says Dawn newspaper in its editorial published on World Mental Health Day observed by many countries in the world on October 10. This year’s theme “Mental health promotion and suicide prevention”  aims at creating awareness of mental health problems and focuses on suicide prevention. The day was first time observed in 1992.

According to Professor Dr Rizwan Taj,  chairperson of the psychiatry department at Pakistan Institute of Medical Sciences (Pims) suicides are prevalent in low- and middle-income countries, and are the second leading cause of death among young people between the ages of 15 and 29 years.

Moreover, national rates of suicide are not compiled and there is underreporting. The suicide ratio in males is 2:1 and mostly by singles. Women who are under 30 and have domestic issues do commit suicide,” Dr Taj said.

Dr Taj while speaking at a seminar on Wednesday said relatives and close friends of people who commit suicide were a high-risk group due to the psychological trauma, potentially shared familial and environmental risk and burden of the stigma associated with the loss.

The Pakistan Association of Mental Health estimates that more than 34pc of the population in Pakistan is affected by mental illness, but they remain deprived of adequate treatment, mainly due to the lack of facilities and the societal stigma attached to the subject.

Reportedly, some 13,000 people commit suicide every year in Pakistan, and more than 95pc of them suffer from mental disorders.

In Gilgit-Baltistan and Chitral the suicide incidents are increasing alarmingly. In Chitral only 14 young people mostly girls took their own life during the last nine months and four in the first week of October.

According to Dr Taj, other reasons behind suicide in Pakistan included unemployment, poverty, homelessness, family issues, depression, and social pressures. The common methods of committing suicide are hanging, ingestion of substances and firearm usage.

“In Pims, on an average, we receive five cases of suicide daily and they come with an intake of rat pills, drug overdose. They are mostly young women aged between 20 and 30 years,” he noted.

About prevention, Dr Taj says we need a multi-sectoral approach such as screening at the primary care level, community, and school-based mental health programmes. There is a strong need for a restriction on the availability of substances to be used. Awareness programmes should be aired through media on crisis management, self-esteem enhancement and development of social skills

Though Pakistan is one of the 194 signatories to the WHO’s Comprehensive Mental Health Action Plan, the issue is seldom a subject of national discourse, comments Dawn in its editorial. It was first highlighted in the 1998 National Health Policy when mental health became a component of primary healthcare, but this effort came to naught. Then came the federal Mental Health Ordinance in 2001. But these steps have neither altered how this issue continues to be perceived in society nor have they helped in mainstreaming discussions around mental health and the provision of treatment facilities, the newspaper notes. 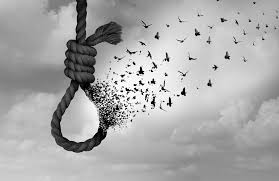 Addressing these concerns will automatically lighten the burden of mental illness. At the same time, it is imperative that the government engage in a robust campaign to remove societal stigmas attached to the treatment of mental health problems. In fact, such treatment should be a part of overall health-related development in the country.

Every year close to 800 000 people take their own life and there are many more people who attempt suicide. Every suicide is a tragedy that affects families, communities and entire countries and has long-lasting effects on the people left behind. Suicide occurs throughout the lifespan and was the second leading cause of death among 15-29 year-olds globally in 2016.

Suicide does not just occur in high-income countries but is a global phenomenon in all regions of the world. In fact, over 79% of global suicides occurred in low- and middle-income countries in 2016.

Suicide is a serious public health problem; however, suicides are preventable with timely, evidence-based and often low-cost interventions. For national responses to be effective, a comprehensive multisectoral suicide prevention strategy is needed.

Who is at risk?

While the link between suicide and mental disorders (in particular, depression and alcohol use disorders) is well established in high-income countries, many suicides happen impulsively in moments of crisis with a breakdown in the ability to deal with life stresses, such as financial problems, relationship break-up or chronic pain and illness.

In addition, experiencing conflict, disaster, violence, abuse, or loss and a sense of isolation are strongly associated with suicidal behaviour. Suicide rates are also high amongst vulnerable groups who experience discrimination, such as refugees and migrants; indigenous peoples; lesbian, gay, bisexual, transgender, intersex (LGBTI) persons; and prisoners. By far the strongest risk factor for suicide is a previous suicide attempt.

It is estimated that around 20% of global suicides are due to pesticide self-poisoning, most of which occur in rural agricultural areas in low- and middle-income countries. Other common methods of suicide are hanging and firearms.

Knowledge of the most commonly used suicide methods is important to devise prevention strategies which have shown to be effective, such as restriction of access to means of suicide.

Suicides are preventable. There are a number of measures that can be taken at population, sub-population and individual levels to prevent suicide and suicide attempts. These include:

Suicide is a complex issue and therefore suicide prevention efforts require coordination and collaboration among multiple sectors of society, including the health sector and other sectors such as education, labour, agriculture, business, justice, law, defense, politics, and the media. These efforts must be comprehensive and integrated as no single approach alone can make an impact on an issue as complex as suicide.

Stigma, particularly surrounding mental disorders and suicide, means many people thinking of taking their own life or who have attempted suicide are not seeking help and are therefore not getting the help they need. The prevention of suicide has not been adequately addressed due to a lack of awareness of suicide as a major public health problem and the taboo in many societies to openly discuss it. To date, only a few countries have included suicide prevention among their health priorities and only 38 countries report having a national suicide prevention strategy.

Raising community awareness and breaking down the taboo is important for countries to make progress in preventing suicide.

Globally, the availability and quality of data on suicide and suicide attempts is poor. Only 80 Member States have good-quality vital registration data that can be used directly to estimate suicide rates. This problem of poor-quality mortality data is not unique to suicide, but given the sensitivity of suicide – and the illegality of suicidal behaviour in some countries – it is likely that under-reporting and misclassification are greater problems for suicide than for most other causes of death.

Improved surveillance and monitoring of suicide and suicide attempts are required for effective suicide prevention strategies. Cross-national differences in the patterns of suicide, and changes in the rates, characteristics, and methods of suicide highlight the need for each country to improve the comprehensiveness, quality, and timeliness of their suicide-related data. This includes vital registration of suicide, hospital-based registries of suicide attempts and nationally-representative surveys collecting information about self-reported suicide attempts.

Suicide is one of the priority conditions in the WHO Mental Health Gap Action Programme (mhGAP) launched in 2008, which provides evidence-based technical guidance to scale up service provision and care in countries for mental, neurological and substance use disorders. In the WHO Mental Health Action Plan 2013–2020, WHO Member States have committed themselves to work towards the global target of reducing the suicide rate in countries by 10% by 2020.

In addition, the suicide mortality rate is an indicator of target 3.4 of the Sustainable Development Goals: by 2030, to reduce by one-third premature mortality from noncommunicable diseases through prevention and treatment, and promote mental health and well-being.